Violence expected to continue as US troops withdraw and as long as political stalemate remains unresolved.

Violence expected to continue as US troops withdraw and as long as political stalemate remains unresolved. 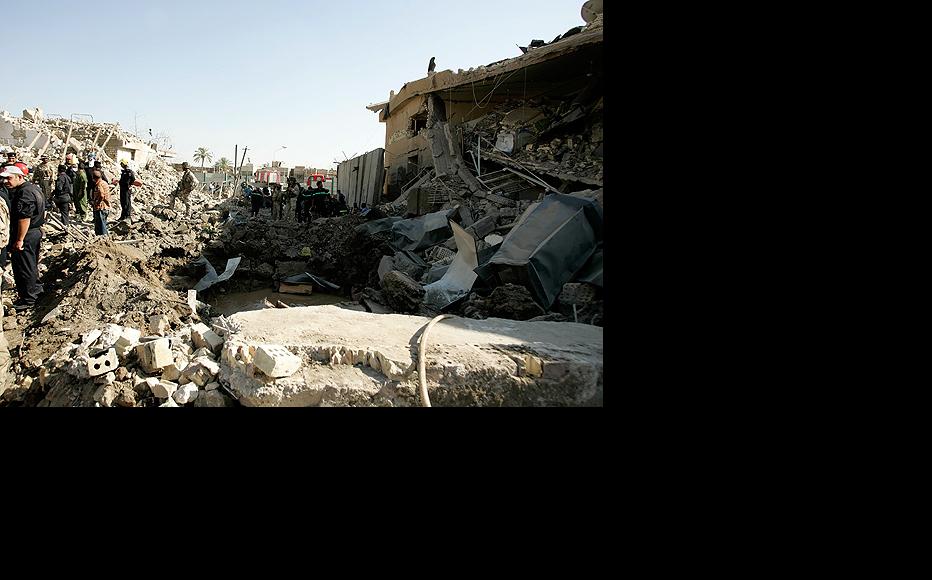 Rescue workers and members of the security forces sift through the rubble of a devastating car bomb that targeted a police station in northern Baghdad on August 25. (Photo: Metrography) 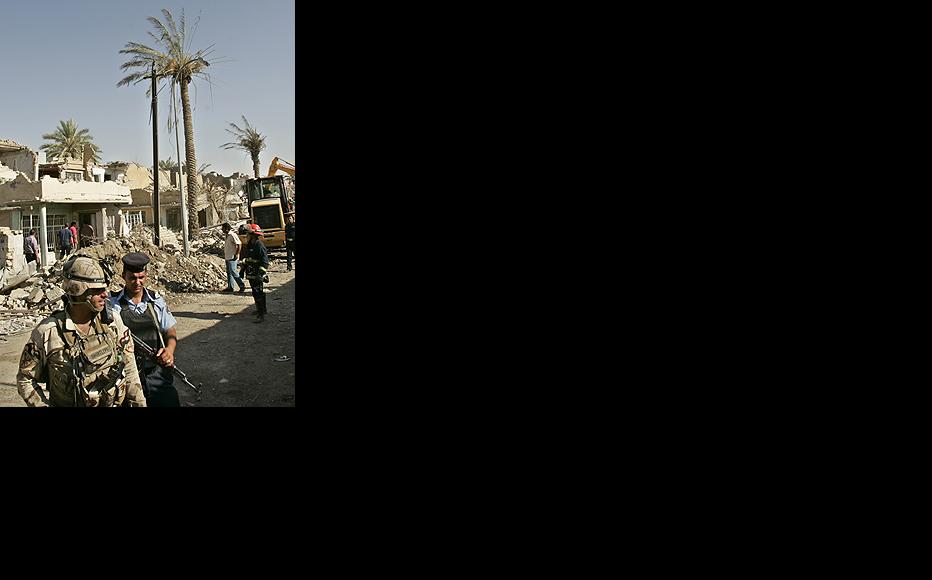 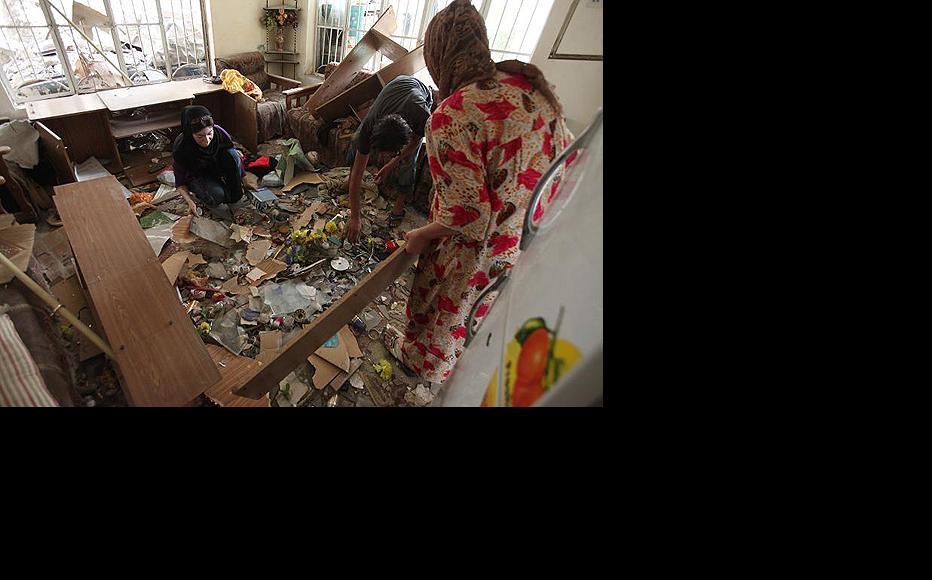 Searching for belongings in a home ruined by the blast from a suicide attack on a nearby police station that killed19 and wounded 90 others. Kut, about 100 kilometres southwest of Baghdad, was the hardest-hit of at least 14 towns hit by a wave of attacks on August 25. (Photo: Metrography)
The link has been copied

A nationwide wave of attacks has sparked fear and frustration among Iraqis, many of whom accuse Baghdad and the United States of leaving them vulnerable to insurgents – and who fear that worse is yet to come.

At least 55 people were killed and hundreds wounded on August 25 in dozens of apparently coordinated bombings, shootings and suicide attacks targeting police stations and the security forces in at least 14 cities and towns.

The attacks came shortly after Washington withdrew the last of its combat troops from Iraq, and amid a continuing political vacuum as efforts to create a coalition government stall nearly six months after Iraq’s parliamentary election.

“The terrorists have delivered a big blow to the government,” said Abdullah al-Maslawi, who lives near a Baghdad police station levelled by a massive car bomb on August 25. The blast killed 15 people including six police officers, and injured dozens more.

“They are making everyone aware of how fragile security is all over the country, and that no place is safe. I wonder what will happen in the coming months, given that the differences between politicians are widening and the Americans are leaving. May God protect all of us Iraqis.”

Baghdad security spokesman Major-General Qassim al-Moussawi told IWPR that the attacks were carried out by “al-Qaeda and Baath party cells”, the latter referring to the outlawed political party of former dictator Saddam Hussein.

Moussawi said the government was steeling itself for more.

“We think they will continue to do their best to impact security, especially at this stage when US forces are withdrawing. On one hand, they are targeting the security forces, and on the other they are trying to influence politics,” he said.

The outbreak of violence coincided with the reduction of US troops in Iraq to less than 50,000, a highly publicised move that Washington is eager to portray as a benchmark on the road path to total military disengagement after more than seven years in Iraq. The last active US combat troops left Iraq on August 19.

Critics point out that two major preconditions of President Barack Obama’s promised troop drawdown have been a stable transition to a new, democratically elected government, and the ability of Iraqi security forces to defend the nation against insurgents. Neither of these has yet materialised.

A day after the attacks, a US government spokesman on condemned the attacks but said they would not affect the scheduled withdrawal.

“The reason for these attacks is people who don’t want Iraq to flourish as a democracy,” he told reporters. “There are people who are trying to use fear and terror as a tactic to slow down what is not stoppable in that country.”

The violence has elicited widespread apprehensions amongst Iraqis.

In the strategic southern port city of Basra, a huge early morning explosion targeted a police station in the midst of a busy bazaar, injuring 11 people including five policemen. The strike came just metres from the site of a double car bombing last week which killed 43 people and wounded 185. The proximity of the two attacks prompted residents to question the effectiveness of local security forces.

“This was a massive bombing. Thank God it took place when it did – if it had happened during rush hour, it would have killed hundreds of people,” said Ali Jasim, 40, who owns a building materials shop near the bomb site.

“The security forces are not capable of handling security. The pullout of the US troops is a big mistake. It hasn’t been a week [since the withdrawal] and a lot of problems have already happened. The government has promised us that Basra is a safe city – well, here are the facts,” he added.

“Basra is an important city and protecting it means protecting Iraq’s resources,” he said. “But our security forces have failed their first test. We’re not even over the first bombing, and here’s another one, and it’s likely to continue. Where are the security forces? Where is the army?”

Security spokesman Moussawi said the new round of attacks was being factored into planning.

“We have begun to re-evaluate our security plans and strengthened some points in our plans to learn lessons from the terrorist attacks,” Moussawi said. He did not elaborate on what the changes might be.

The Iraqi security forces’ ability to cope is viewed with scepticism in places like the western Anbar province, which saw a rise in violence even before the August 25 attacks.

“These attacks were expected because we have learned to expect the worst,” said Nabil Khaled, 34, a civil servant in Fallujah. “What makes us more concerned are the poor reflexes of the security forces. These attacks involved traditional methods, yet the [security] forces didn’t pick up on them. We are back to the atmosphere of 2006, at the peak of the violence.”

In the northern city of Kirkuk, where a car bomb targeted a police convoy, killing one policeman and injuring nine, police brigadier-general Sarhad Qadr expressed deep concern for the future.

“The US withdrawal has already left a security gap. The situation will become more tense and terrorist acts will occur, just as they are happening now all over Iraq,” Qadr told IWPR.

“People are in fear, there are more victims every day and the situation is deteriorating. The only hope is that problems will be solved when politicians start worrying about the lives of innocent civilians.”