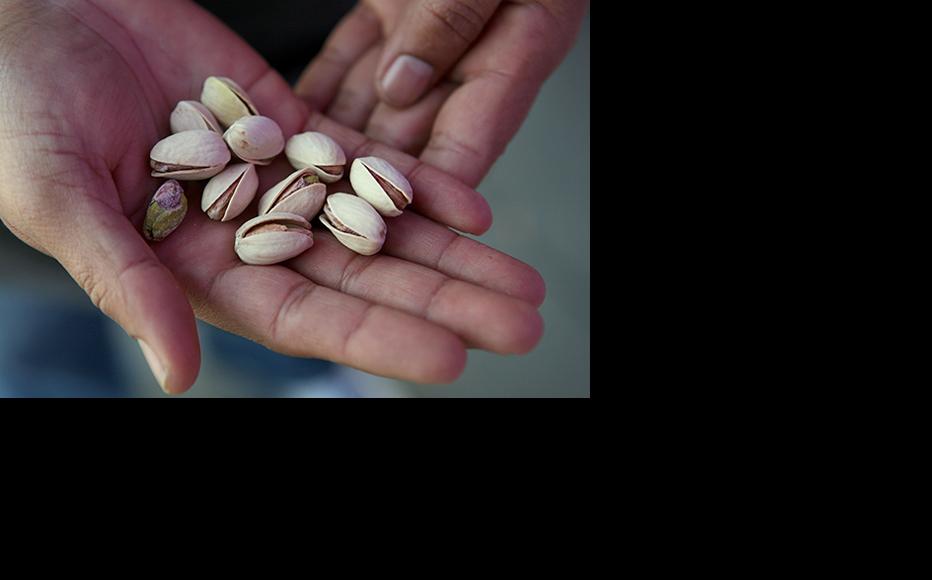 The precious natural resource is being exploited by armed groups. (Photo: Justin Sullivan/Getty Images)
The link has been copied

Residents of the northwestern province of Baghdis, home to Afghanistan’s highest concentration of pistachio forests, warn that armed gangs and Taleban fighters have taken over the precious natural resource and now make millions of dollars from selling the nuts.

The province’s pistachio forests had long been considered a resource that all could draw on, as long as locals harvested the crop at the proper time and handed a portion over to the government.

They once spread across 95,000 hectares in Baghdis but have dwindled to around 30,000 hectares over the past four decades.

Officials from the provincial department of agriculture and livestock blame local strongmen, armed gangs and the Taleban for the destruction of this valuable commodity. Ordinary people also chop down trees for firewood and have damaged the crop by harvesting the nuts too early.

Ahmed Irfan, the head of natural resources at the provincial department of agriculture, irrigation and livestock, said, “According to a survey conducted on the revenue of these forests in 2013, it had yields of 33,750 metric tonnes of pistachio, which was estimated to be worth 60 million dollars. Now pistachio revenues have dropped to 45 million dollars a year, most of which goes into the pockets of the insurgents as well armed gangs.”

According to Irfan, although there are more than 60 community councils and 90 forest guards in the area, three-quarters of the forest was beyond department’s control. He said that at least 180 rangers were needed to patrol and protect the pistachio forests.

Locals confirm that the beautiful mountain ranges, lush with tulips in the springtime when they are a traditional holiday destination, have become a safe haven for insurgents.

“Last year, when our relatives went to harvest pistachios during the season, they were confronted by insurgents who fired at their feet and did not allow them to harvest,” civil society activist Abdul Raziq Siddiqi said.

Badghis pistachio, prized for its excellent flavour, is mainly bought by traders from the western Afghan province of Herat and exported to countries such as India and Iran, or even further afield to Europe.

The crop is generally ready to be harvested in June and July, and even a decade ago, locals adhered to a practice whereby a local commission would announce when the nuts were ripe. Now, local officials say that pistachio is gathered prematurely, which impacts on the sustainability of the harvest.

Those who collect pistachios must give eight kilogrammes for every 56 kg they collect to the government as form of tax. Local officials say that for the last half-a-dozen years locals have been paying this levy to the Taleban, rather than the municipality.

The natural forests stretch from the districts of Kushki Kuhna and Robat Sangi-Ye in Herat province to the border of Turkmenistan. In Baghdis, pistachio forests cover most of Ab Kamari, Muqur, and Qadis districts.

Badghis residents said that 400 to 800 kg of roasted pistachio could once be sold for ten US dollars. Now, due to ongoing shortages, the same amount cost 20 dollars.

Afghanistan’s forests were seen as such a precious natural resource that, before the communist coup of 1978, a special military unit called the Kandak Sabz (Green Battalion), was tasked with protecting them. There are now calls for similar measures to be put in place.

Hafizullah, a former head of the provincial department of agriculture, said that the lack of rule of law and ongoing fighting had made it easy for the insurgents to divert the revenue of the pistachio forests.

“The best way for the government to take control of the forests is to deploy an armed and properly-equipped military unit to do so, and the government needs to take practical steps towards this,” Hafizullah said.

Abdul Raziq Darwishi, head of the provincial independent land authority, agreed that state-owned land was being exploited by armed groups acting with impunity.

Local gangs, strongmen and the Taleban now controlled almost 80 per cent of the province’s pistachio forests and grassland, he continued, adding, “Only 40,968 hectares of land have been retaken.”

Darwishi said that out of 90,000 hectares of grassland, less than 20 per cent was under the control of the government.

Although Irfan said that they had reported 900 people to the police over the last two years, security officials said that only 12 people had been arrested, in late 2017.

Badghis deputy police chief Ghulam Sarwar Haidari said, “In 2017, we received 48 complaints from the department of agriculture, of which 12 perpetrators were arrested in Ab Kamari and Muqur districts on charges of cutting down pistachio trees and harvesting pistachio out of season.

“However, due to a lack of security and the fact that the armed opposition controls the forest, we have not been able to apprehend any others.”

Ahmad Jan Azizi, director of the Badghis appellate attorney’s office, said that he was aware of only two cases of land usurpation between 2014 and 2017.

He said that the perpetrators in the first case had been sentenced to six months imprisonment, and the second resolved after the private lands were returned to their original owners.

Others deny that the insurgents have won control over the Baghdis forests.

Sharafuddin Majidi, spokesman for the provincial governor, said, “The absolute majority of pistachio lands is governed by the state or are under the control of the government.”

But he did concede that, during the harvest season, the Taleban presence in the forest increased, and that they siphoned off much of the pistachio revenue each year. Majidi said that measures planned for the coming year including recruiting more security guards, retaking expropriated land and planting new trees.