Judges issue stern warning to prosecutors as trial is adjourned until June 16.

Judges issue stern warning to prosecutors as trial is adjourned until June 16. 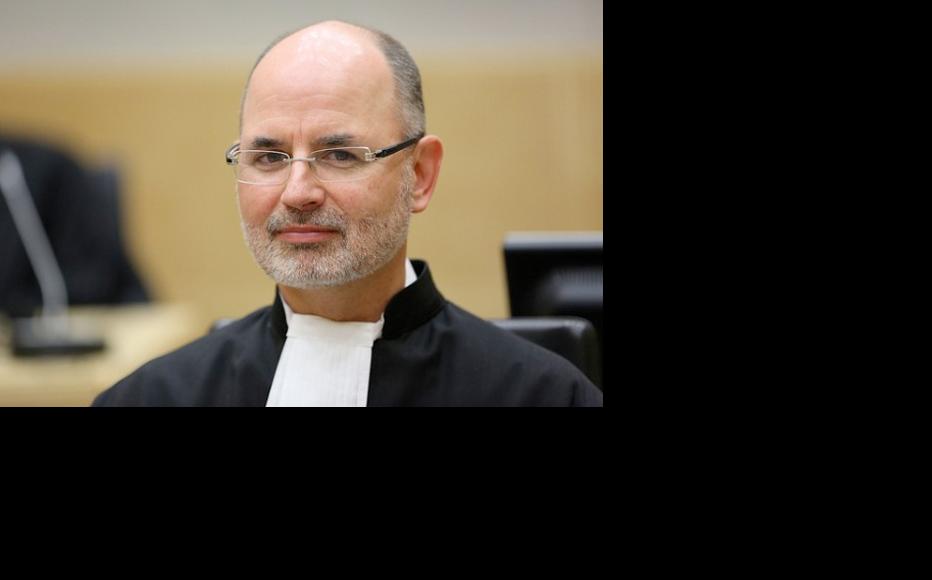 Anton Steynberg, lead trial lawyer for the prosecution, informed the court of the decision to withdraw the witness on May 14. (Photo: ICC-CPI/Flickr)
The link has been copied

Prosecutors bringing a case against Kenya’s deputy president in The Hague have been forced to drop a key witness after concerns surfaced about his credibility.

Judges this week suspended proceedings until June 16 to give the office of the prosecutor (OTP) an opportunity to schedule its remaining witnesses.

The protected witness, known by the reference code P-025, had been scheduled to take the stand on May 16. He was the second witness due to testify in the trial after a month-long recess.

But following a routine preparation session before he was due to appear, prosecutors deemed his evidence unreliable.

Ruto and Sang are being tried on charges of crimes against humanity – including murder, persecution and forcible population transfer – that relate to the violence that followed a disputed presidential poll in December 2007. At least 1,100 people lost their lives and 650,000 others were forced from their homes during two months of political and ethnic bloodshed.

President Uhuru Kenyatta is also being prosecuted in a separate case relating to the same period of violence.

Prosecutors informed the judges and the defence teams of their decision to withdraw the witness by email on the evening of May 14.

Anton Steynberg, lead trial lawyer for the prosecution, explained in the email that his team had decided to withdraw the witness because it was clear the individual “was unable to accurately recall or give a coherent and consistent account of critical parts of the evidence the prosecution had intended to lead”.

In requesting to withdraw the witness, Steynberg described his evidence as “peripheral” and said it amounted to “hearsay” that was based on the testimony of other witnesses who have been summoned to testify in the case.

Ruto’s lead counsel, Karim Khan, noted that this particular witness was mentioned 17 times in the prosecution’s pre-trial brief, and 25 times in the January 2012 judges’ decision to confirm charges against his client.

“It is a complete red herring to refer to the hearsay nature of this witness, as if it has suddenly become apparent,” Khan said. “The prosecution knew the nature of the evidence and they still intended to call him.”

Khan is trying to prove that prosecution witnesses gave evidence against his client in return for money. In this context, he said, P-025 was “a very important witness for the defence”. He alleged that witness P-025 “paid and looked after” two other witnesses who were scheduled to testify against Ruto, and who are now subject to the April 17 court summons.

Khan said that five further witnesses who gave evidence at the confirmation stage had also “come through” this witness.

“The submission of the prosecution in the email needs to be peeled away, we say, to look at the real issue,” Khan told judges. “There has been a lot of discussion in this case about cooked evidence, and we make no bones about it – this witness was the master chef.”

Khan initially said the witness should not be allowed to leave The Hague until the defence team had been given the chance to review video footage of the OTP’s preparation session with the witness. He said he wanted to gauge whether his team would want to consult the witness.

The prosecution opposed the defence’s request to review the tape, but the judge ruled in Khan’s favour.

After reviewing the footage, Khan agreed that the witness was not credible and said he did not wish to speak to him.

Sang’s team was also critical of the OTP, noting that the defence had already invested efforts in investigating this witness.

“We regret that this comes too late,” Caroline Buisman, one of Sang’s lawyers, said. “It is really the eleventh hour. We have used our time and resources to investigate this witness.”

Buisman did not object to the withdrawal of the witness, on condition that the OTP would not have an opportunity to call him again if circumstances changed.

In granting the adjournment until June 16, presiding Judge Chile Eboe-Osuji issued a strong warning to the OTP.

“The chamber expresses very serious concern and dissatisfaction that we only had two days of testimony this session, a session that was scheduled to last four weeks, hearing witnesses,” he said. “All available means must be employed by the prosecution to ensure this is not repeated.”

Khan had earlier submitted to the judges that this incident raised broader concerns about the credibility of the prosecution’s overall case.

“I do say there is a bigger question, not whether or not this witness should be withdrawn, but whether or not the prosecution – in the time that they will have – decide to withdraw this case,” Khan submitted. “This is a very real issue; I’ve said before it is not rhetoric. I ask that they review the evidence.”

Khan said the delay to the case was an infringement of his client’s right to an expeditious trial.

He asked “the prosecution be ordered to get their ducks in a row” to enable four witnesses to come to The Hague and testify within a three-week period. He said the judges should then order the prosecution to close its case.

Judge Eboe-Osuji refused, telling Khan that it was “not unusual” to experience such delays in cases. He also said he would not order the prosecution to close its case.

“It doesn’t work that way,” the judge said. “If there are some witnesses who are still in the zone, or issues of that nature that remain to be resolved, then there are other ways of dealing with it other than saying ‘close your case’.”

The bench had ruled earlier that the judges “made no determination” as to whether the prosecution’s request to withdraw the witness and the surrounding circumstances had affected the credibility of its overall case.

In a separate development this week, Kenya’s attorney general, Githu Muigai, filed a request with ICC judges to act as an amicus curiae, or “friend of the court”, in an appeal against the judges’ April 17 ruling to summon eight witnesses. In his submission, he argued that asking the Kenyan state to compel the witnesses to testify would be unfair to those individuals and was against his own country's law.

“When Kenya signed the Rome Statute, there was nothing in the terms of the treaty that put the State on notice that one of the forms of assistance [to the court] it might be required to provide, was to compel its citizens to involuntarily provide testimony before the court and to criminally sanction them if they failed to do so,” Muigai wrote to the judges.

J.J. Wangui is a freelance reporter in Nairobi.