How Turkmenistan's Media Works (or Doesn't)

The sector exists simply to idolise the president and serve the ruling class.

How Turkmenistan's Media Works (or Doesn't)

The sector exists simply to idolise the president and serve the ruling class. 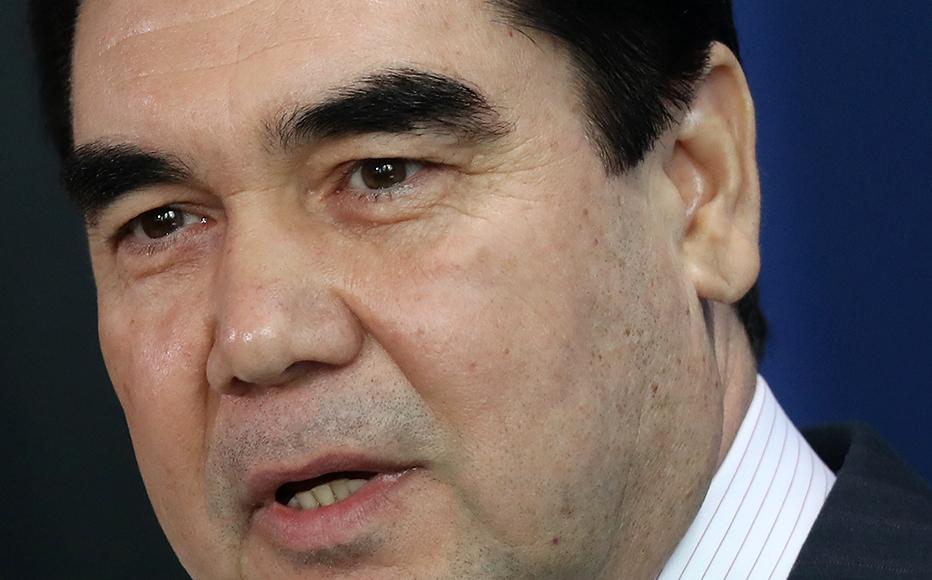 According to the latest World Press Freedom Index, only North Korea managed to defeat Turkmenistan in the race for last place. This is no surprise to anyone familiar with the state of the country’s media.

First of all, the press exists only to serve the ruling class in Ashgabat, and particularly the ruler himself.

Media outlets compete to praise President Gurbanguly Berdimuhamedov and his deeds along with his son Serdar, the minister of Industry and Construction Production, and grandchild Kerimguly Berdimuhamedov, who parliament recently honoured with the Türkmeniň Altyn Asyry music prize.

No newspaper is published without a highly photoshopped photograph of Berdimuhamedov on its front page. All accompany the president’s name with phrases like Milli Liderimiz (Our National Leader), Gahryman Arkadagymyz (Our Heroic Protector) or Hormatly Prezidentimiz (Our Dear President).

All of the country’s 27 newspapers, except the weekly Zaman Turkmenistan which is registered as a private company, are official state entities.

Of these, 15 were founded by cabinet ministers and the others are related to unions, ministries or provincial governments.

Turkmenistan has three state news websites. Two of them are founded by State News Agency, and the last one is controlled by State Publishing Service. However, these private sites are also under the control, albeit unofficial, of the Ministry of National Security (MNS).

Newspapers and magazines are controlled by the committee on protecting State Secrets in the Mass Media, subordinate to the cabinet. All media outlets need this committee’s approval before publication. Otherwise, the State Publishing Service, the only publishing house that accredited to print newspapers and magazines, refuses to press the print button.

According to journalists with experience in the Turkmen state media, this censorship committee decides everything from the size of photos to the names of fruits. It can also can ban the use of certain words, photos or entire topics. For instance, the committee does not allow the publication of photos of men with beards or people with tattoos.

There is no detailed information about the makeup of the committee. However, according to documents available on the finance ministry’s website, its expenses are covered by the state budget.

The State Publishing Service, however, does not appear on the list of government agencies that benefit from state budget. It operates under the principle of khozraschyot, a self-financing system management that draws its revenue from compulsory subscription payments.

All state employees have to subscribe to particular newspapers and magazines. For instance, teachers subscribe to Mugallymlar Gazeti (Teacher’s Newspaper) and staff of the ministry of justice to the newspaper Adalat (Justice). Even soldiers must subscribe to the magazine of the defence ministry.

Meanwhile, Berdimuhamedov is keen to see the digitalisation of his government. This applies to the media sphere too. In March 2020, the president instructed Bahargul Abdiyeva, the deputy prime minister responsible for mass media and cultural affairs, to build a strategy to transition newspapers and magazines from paper to digital.

On the face of it, this move seemed sensible. Its attempted implementation was, as usual, absurd.

The State Publishing Service cut approximately 45 per cent of circulation of paper editions. For instance, the circulation of the Nesil newspaper was 57,925 in November 2019, a figure which had shrunk to 31,129 within a year.

This drop did not make much impact on the income of State Publishing Service, because it simply demanded that subscriptions be transferred to its website where all newspapers and magazines were located.

Numbers related to online subscriptions have not been published. However, it is clear that, due to the country’s poor internet infrastructure, the change has only been beneficial for the Publishing Service.

People living in rural areas with bad connectivity, and those lacking smartphones or computers, where further cut off from the media by this state-centered policy.

Elsewhere, the media played its traditional role when it came to the pandemic too. Berdimuhamedov keeps repeating that not a single case has been registered in the country. This is despite the fact that the WHO, having gained access to Turkmenistan with great difficulty, issued a recent acknowledgment that “as seen in other countries, there may be undetected/unreported cases in the community and in health facilities”.

And indeed, the word coronavirus has only appeared in the media in the context of his denial.

The Health Ministry directives re social distancing and mandatory mask wearing were published without comment or explanation. Newspapers and websites promoted measures including the fumigation of public buildings as simply “following in the footsteps” of the president’s recommendations for a healthy life.

Citizens were left to search as best they could online. According to Google Trends, the search term “coronavirus” soared in the middle of July when Turkmenistan finally introduced preventive measures like closing mosques and large malls.

Even so, until mid-August, the government promoted the myth that people needed to protect themselves from the unspecified risks of “dust” by wearing a mask.  On August 17, the health ministry issued Order No 237, declaring that mask wearing was being made compulsory ‘because of the need to prevent the spread of seasonal infectious disease.’

Again, none of the Turkmen media included any comment or explanation of the order. To do so would have been to question the original fallacy of the dangerous dust, and thus the judgement of the government itself. That is something that media in Turkmenistan can never do.

Derya Jomartov is the psuedonym of an independent Turkmen journalist.

Giving Voice, Driving Change - from the Borderland to the Steppes
Turkmenistan
Regime, Journalism, Media
Connect with us