How a Tent Became a School

How a Tent Became a School 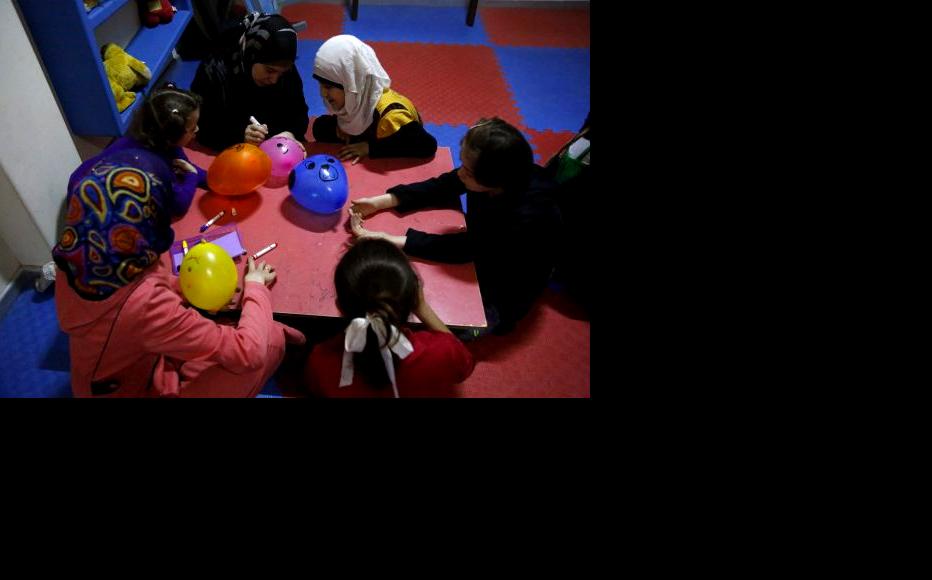 Ten-year-old Manar has been living in a tent for the last two years, after she was displaced with her family from their home in Hama.

But Manar is delighted to have recently started school again – although her new classroom is also in a tent.

Abu Walid camp, set in agricultural wasteland near Tramla village in the southern Idlib countryside, is home to 20 families from Hama who were displaced by regime bombing.

The children had no access to education until camp resident Safi, a teacher, decided to set one up himself, despite the lack of facilities.

“The idea came about due to the need to prevent an illiteracy time bomb hitting the children of the camp, so there had to be some alternative to formal learning,” he said. “And since we don’t have the means, and we live in tents, so the idea was to make a school out of three tents.

“We proposed our modest project to various interested parties and they agreed to provide us with tents, books and stationery. And that only happened after a great effort.”

Ibrahim Staif, the head of the local council in the village of Tramla, said, “The situation in the camp is very difficult, but we offer what help we can, including the provision of a tent for the school – and we encourage this project.”

The makeshift school is now made up of three tents, each with room for 20 children, divided into age groups. Although pupils have to use wooden boards instead of desks, and rainwater sometimes leaks through the roof of the tents, classes are fully subscribed. The school has proved so successful that other children come from neighbouring camps and villages to attend classes.

Safi said he was still trying to locate other basic equipment, including wooden benches, bags, books and stationery.

The school’s other teacher, 25-year-old Hanan, said she also got involved in the project due to the clear danger of children missing out on their entire education. She now teaches basic literacy.

“The children of the camp were suffering from a serious problem; some of them having had their education abruptly cut off, while others had not yet entered school,” Hanan explained. “Even the children who were in school before their displacement were forgetting their basic reading and writing.”

Many of the camp’s children have lost one of their parents, some as a result of the bombings and others due to detention by the regime.

But parents such as mother-of-five Um Hussein, say that education is more important than ever.

“I have difficulty meeting the basic daily needs of my children, and I am here without their father who has been detained for two years. [But] they have to learn, so I send them to school each day,” she said, adding, “Sometimes I try to encourage my children to study by telling them that their father will come out of prison and see them successful in their education.

“I do this to motivate them, although I don’t have high hopes that my husband will ever leave the regime’s prisons of the regime.