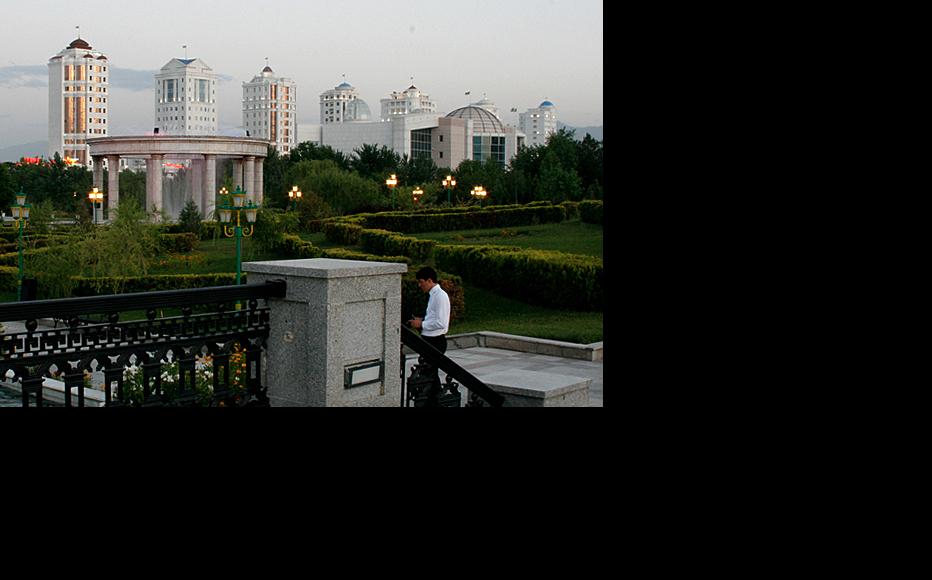 The skyline of the Turkmen capital has been changed by glitzy new buildings, some of them containing luxury apartments. (Photo: Nathan Groth/Flickr)
The link has been copied

Property prices are rising fast in Turkmenistan, where even seemingly unaffordable luxury apartments are changing hands.

Estate agents in Turkmenistan say housing prices reached their highest point in June. A modest two-room apartment in the Mir district of the capital Ashgabat is now selling for 70 or 80,000 US dollars, a third more than last year. Prices are also rising outside the capital.

"Property prices have been amazing recently – they’re like Europe," an estate agent in Ashgabat says. “Despite this, the apartments are selling and being bought."

The housing market in this Central Asian consists of buildings dating from the Soviet period, plus a more recent sprinkling of luxury flats in high-rise blocks that cost about 1,000 dollars per square metre.

These pricy homes are often bought by companies or other organisations, which then let their employees acquire them on affordable mortgages.

Local commentators attribute the rise in prices to a mix of factors – an overall shortage of housing to meet the demand, the authorities’ habit of tearing buildings down at will, and the general lack of a legislative framework governing the market.

Annadurdy Hadjiev, a Turkmen economic analyst based in Bulgaria, likened the situation to “an oriental bazaar where the only regulatory force is those who are doing the buying and selling. The state stands aside like a casual observer."

Hadjiev noted that overall, less new housing stock was being commissioned than was actually needed. He recalled a government review this spring which found that only one-third of the new housing planned for the Ahal region had been built, while in Lebap region it was one-tenth.

"It allows them to demolish any residential building and evict the inhabitants,” he said. “It’s connected with corruption – when land earmarked allocated for development, the contracts are given to insiders, and the properties are allocated the same way."

A local government officer in Turkmenistan, meanwhile, said part of the demand was due to people buying properties as investments, in the hope of earning a rental income.

Many people in Turkmenistan live in state-owned housing, as the privatisation process has been limited.

One group of people who have been allowed to buy their homes from the state are those with dual Turkmen-Russian nationality. This was done under a Kremlin-backed plan to allow Russian passport-holders to emigrate from Turkmenistan.

A human rights activist in Ashgabat said the dual citizenship arrangement was due to end in early 2014, so such individual were likely to rush to sell their homes. He predicted that this would mean lower prices.