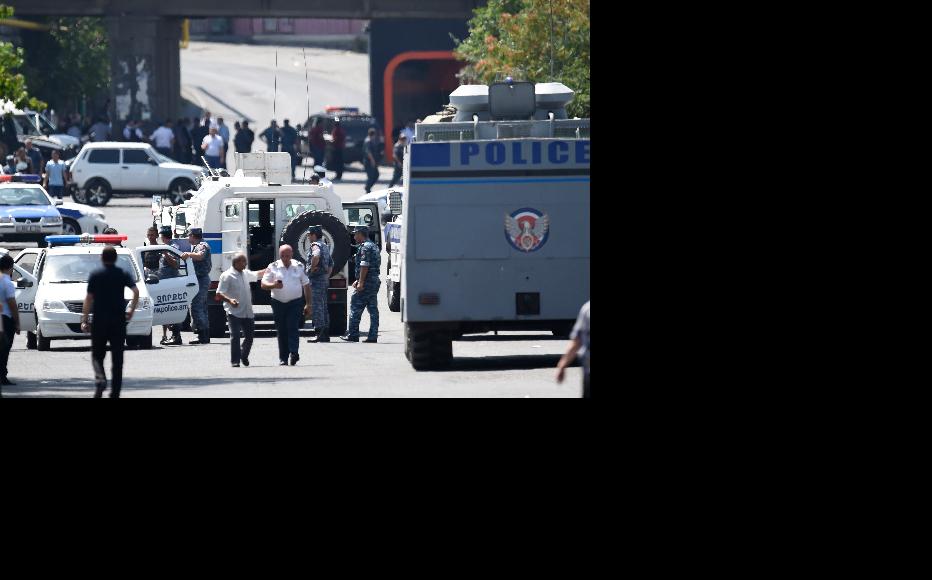 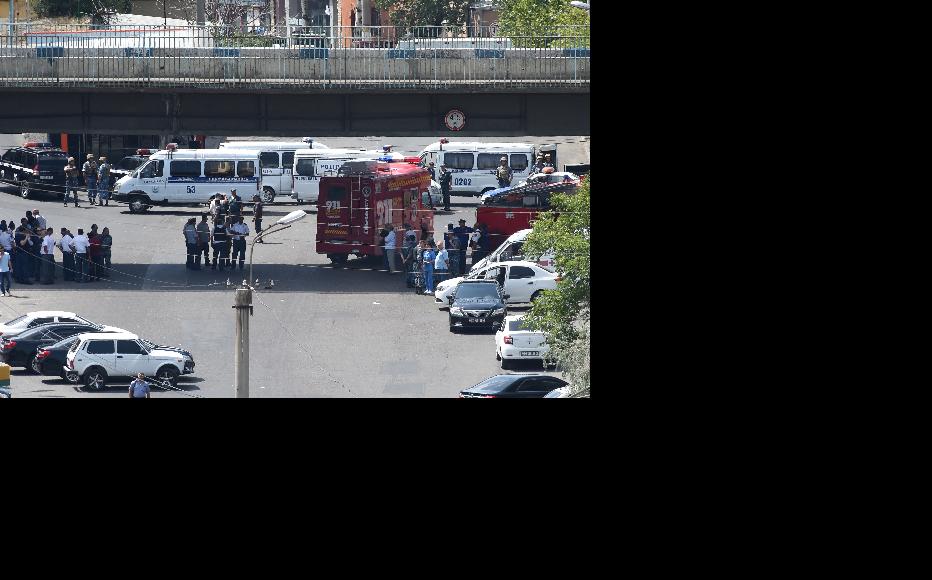 Police blocked a street after group of armed men seized a police station along with hostages. (Photo: Photolure Agency) 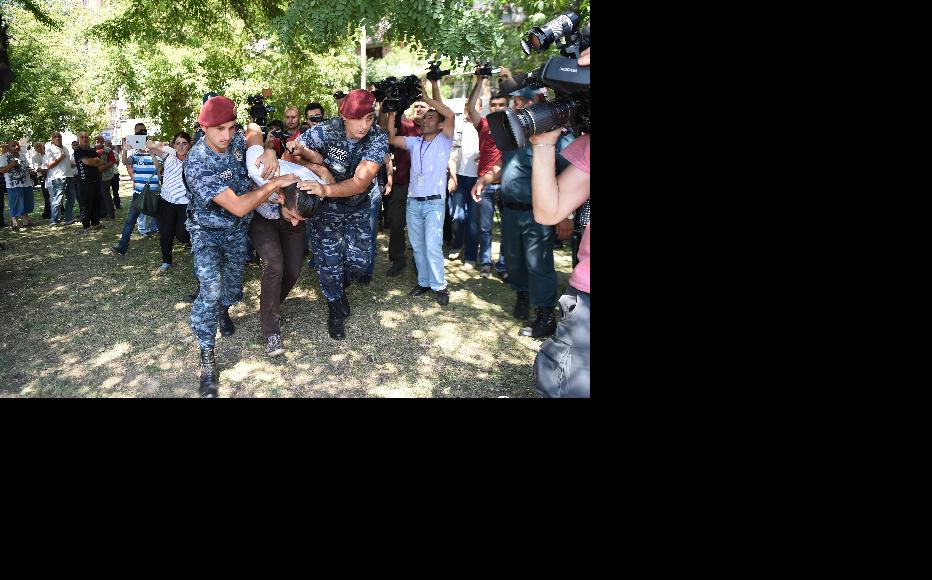 Police isolating all activists who gathered near the blocked streets. (Photo: Photolure Agency)
The link has been copied

An armed group of at least a dozen people seized a police station and hostages in the Armenian capital Yerevan on July 17.

One police officer, Artur Vanoyan, was killed during the takeover of the police station, in the Erebuni district of Yerevan, and both sides sustained casualties.

The gunmen, many of them veterans of the Nagorny Karabakh war in the 1990s, demanded the release of their leader, Zhirayr Sefilian. He was arrested last month for the illegal acquisition and possession of weapons.

Set up in 2008, Founding Parliament has organised dozens of peaceful rallies to promote regime change.  But its members have refused to participate in elections or to become part of the political system.

The hostage takers also called for a public uprising against government and for the ousting of Armenia’s president Serzh Sargsyan.

Armenia´s National Security Service (NSS) said the law enforcement organs were in full control and were taking all necessary steps to resolve the situation. Police blocked all roads leading to the station, with swat teams deployed in the area.

On July 17, law enforcement officials arrested dozens of people who had come either to the blocked-off area or gathered on Liberty Square in the city centre to learn more about the siege.

Later that day, the office of the Human Rights Defender of Armenia, also known as the ombudsman, reported that police had released 50 detainees.  But the following day, more arrests were reported.

According to Daniel Ionessyan, coordinator of the Association of Informed Citizens, more than 150 people were arrested on July 17 and 18.  Instead of being taken to police stations, they were taken into custody by special police forces, the so-called military section.

Ionessyan said that detainees who had been released told him they had been beaten and humiliated in custody.

The ombudsman’s office received about 40 emergency calls relating to police detention of civilians and incidents where peaceful assembly was obstructed.

During the past three days, the ombudsman’s office logged around 100 detainees in police stations in Yerevan and in the regions of Shirak, Lori and Armavir.

It has formally asked the police to investigate this situation, referring some cases to the Special Investigation Service of Armenia.

Public reaction appeared divided over the hostage taking. Some said the demands and methods were both unacceptable, while others expressed sympathy with the armed rebellion.

Overnight from July 18 to 19, dozens of people flocked to the streets close to the police station to prevent the police from storming it and to ensure that negotiations continued.

So far, no deputies of the ruling Republican Party, including the speaker, prime minister or president have commented on the situation.  Representatives of all other political parties have called for a peaceful resolution.

Sefilian is a well-known figure in Armenia due to his role in the Karabakh conflict in the early 1990s. He led a special unit of fighters who liberated the city of Shusha from Azerbaijani forces.

Varuzhan Avetisyan and Pavel Manukyan, the leaders of the armed group , are both veterans of the Karabakh war who fought alongside Sefilian.

A native of Lebanon, 49-year-old Sefilian learned his military skills during the country´s civil war before moving to Armenia in 1990.

He was imprisoned in 2007 and 2015 on charges of illegal possession of weapons and organisation of mass disorder. Most recently, he and six other Founding Parliament members were arrested on June 20.

“I am not going to blame or excuse, but I am very concerned about the situation,” said Avetik Ishkhanyan, chairman of the Armenia Helsinki Committee.   “But when people talk about legal methods of solving problems, I want to remind them of the events last summer, when during the demonstrations against Electric Yerevan [against the increase of electricity prices] police dispersed and at the same time illegally detained more than 200 people.  Then we, as human rights activists, tried to protect them using legal methods, but without result.”

According to him, none of the police officers were prosecuted and punished.

“And this impunity, as we see, is still going on.  Here yesterday [July 17] the police started to hunt people again.  This is what I call it,” he said.

“Unfortunately, our authorities do not respond adequately to critical situations and try to solve the problem for the benefit of strengthening their own power.  I do not think this is correct and [it is] the reason for this situation,” he said.

Artur Sakunts, chairman of the Helsinki Citizens´ Assembly-Vanadzor, said it was vital for violence to be avoided.

“If the police remove the police cordon and open all the roads, I can say with confidence that we can freely move on these streets and no one will shoot us,” he said.

Armenia
Crisis
Connect with us