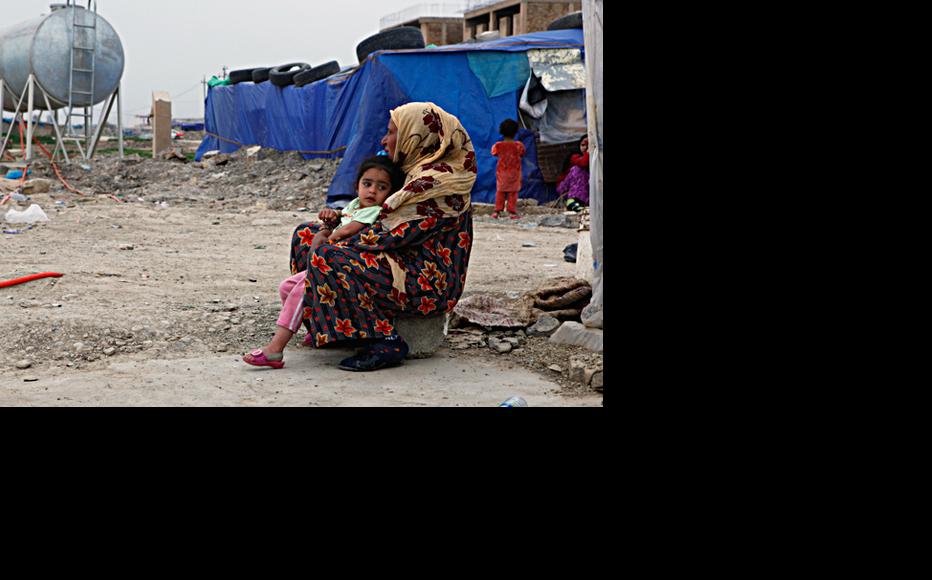 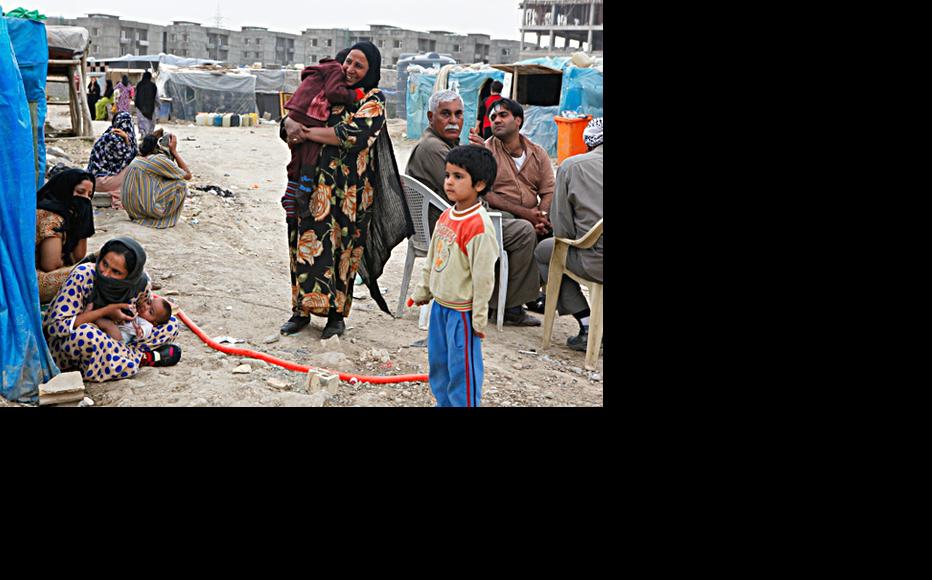 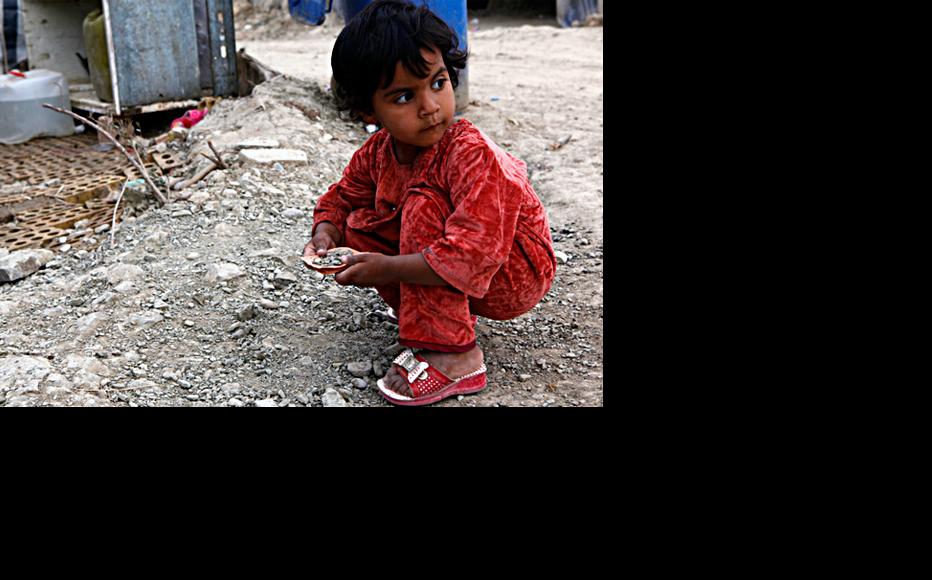 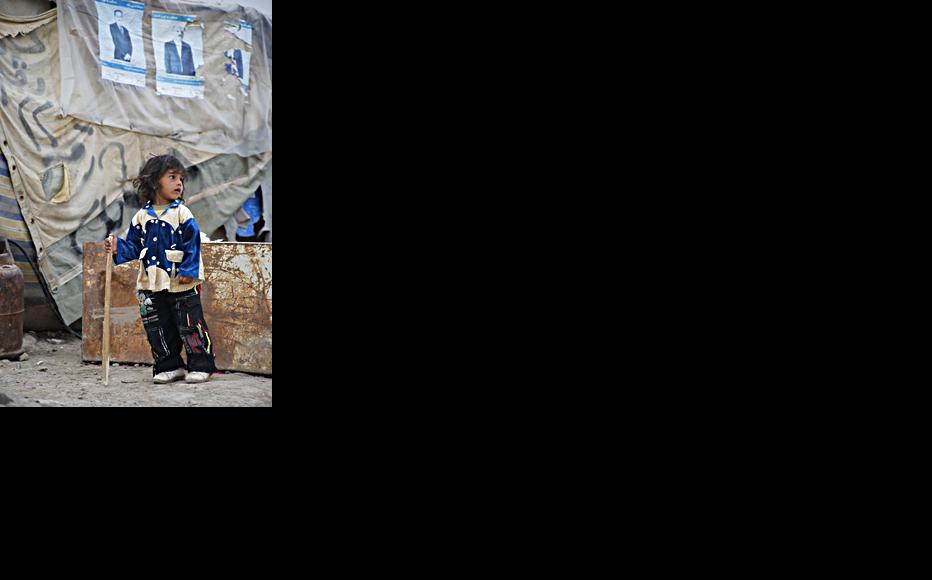 Squatter camps such as this one outside the city of Suleimaniyah are on the rise across Iraq, according to new reports from international aid agencies. (Photo: Tracey Shelton)
The link has been copied

The alarming spread of illegal squatter settlements has aid groups fearful of a looming social crisis, one which a senior United Nations official considers “the greatest humanitarian problem facing Iraq”.

Recent reports from two international agencies found that of Iraq’s 1.5 million internally displaced people, or IDPs, at least 500,000 have been forced to dwell in squalid squatter camps without access to health care or public services.

The United Nations High Commissioner for Refugees, UNHCR, has recorded a sharp increase in squatters since 2009, and activists are demanding the United States and UN stem the problem before it surges out of control.

Interviews by IWPR confirmed the rising numbers of squatter settlements and found that conditions in the camps continue to deteriorate as numbers swell. Although IDPs who fled their homes due to war and sectarian conflict have long been a problem in Iraq, many who spoke to IWPR said they had sheltered in camps due to extreme poverty and joblessness.

“The problem appears to be growing for a number of new reasons, among them the drought and the many people who have lost their livelihoods. We have also found that many refugees who returned recently from other countries have ended up in camps,” Endres said.

“The guiding principles of defining an IDP are broad: you don’t have to be displaced just by war to be an IDP. It can be any event that has thrown you out of your normal life and created a destitute or unlivable situation.”

The type of settlement that constitutes a squatter camp is also loosely defined. According to humanitarian groups, the term generally refers to anyone residing on land which they have no title or permission to live on.

The larger camps occupy public land, government buildings and former military compounds in Baghdad; the biggest of these is the heaving al-Rasheed camp, a former base for Saddam Hussein’s army, in which thousands of families live on roughly roughly 1,200 hectares of land.

Other large encampments are expanding on the outskirts of the Kadhemiya district in north Baghdad, and Karada in the city’s southern fringe. The Sadr City area is home to several sprawling squatter settlements.

Yet other camps continue to spring up, some are large while others consist of small groups of families huddled in makeshift shelters of cloth, mud and scrap metal on empty or abandoned lots. To the displeasure of city officials, some of Baghdad’s parks, parking lots and even traffic islands have become impoverished tent communities.

In Diyala province, which experienced one of the greatest population upheavals, thousands of families have built shelters on or near their homes which were destroyed by war. Even in the relatively stable Kurdistan region, camps for IDPs and jobless migrants can be found near the main cities.

A Refugees International report released March 17 claimed, “The settlements all lack basic services, including water, sanitation and electricity and are built in precarious places – under bridges, alongside railroad tracks and amongst garbage dumps.”

Elizabeth Campbell, a senior advocate for Refugees International who co-authored the March report, along with journalist Nir Rosen conducted field research earlier this year in more than 20 different settlements in the provinces of Baghdad, Diyala and Salahadin.

“We had limited time so we focused on the camps that were visible to us. But they are not hard to find once you start looking. Had we stayed [in Iraq] we would have found many more,” said Campbell, who added that establishing a comprehensive list of the camps is the first step to addressing the problem of poor conditions and, eventually, resettlement.

Campbell believes the government will need substantial support from the US and the UN to assist the squatters who face discrimination and scorn.

“There is a sense from the government and local communities that the squatters have stolen the land; that they’re not paying taxes and they are cheating the system. It’s not very sympathetic and it takes away from the humanitarian circumstances,” Campbell said.

Radhi Ali, 62, is an IDP who was forced to leave his home because of money problems. He lives with his 15-member family in a small hut with mud walls and a tin roof in the Jekok squatter camp in north Baghdad. Like many families, the only water and electricity they have is brought from nearby neighborhoods by way of buckets and extension cords.

“We were living in a rented house in the Shura neighborhood [of north Baghdad], but when the rent was raised I could not pay it so I brought my family here. I borrowed money from a relative to buy mud and built this house, even this house cost money,” said Ali motioning towards his makeshift home.

“We knew that if we lived here we would be considered illegal inhabitants by the government, but where else can we live?”

Ayad Radhi, Ali’s 31-year-old son, said the prospect of leaving the camp is worse than its grim realities.

“I don’t have enough money for my kids’ food and clothes, how can I rent a house? We are homeless in our own city. We live in continuous fear of being kicked out at any time by the government. From time to time, we hear rumours that security forces are coming to kick us out. My children would be living on the streets,” Radhi said.

The government issued an order in 2009 for all squatters – who officials describe as “illegal inhabitants” – to vacate public land, but the directive has been postponed indefinitely.

“Those people are violating the law. They seized public lands and buildings without government permission. The government needs these properties for investment purposes and to establish projects and job opportunities for all Iraqis – including the illegal inhabitants,” Abdul Samad Rahman Sultan, minister of displacement and migration, said.

“All poor families need to be supported, but there are other priorities in the Iraqi budget. The government has offered money to IDP families that returned home and needed support, and this is all the ministry can grant.

Activists say the stipends for IDP families range from 130 to 260 US dollars per month, but many claims remain unpaid.

The US government, which has also found that half a million homeless Iraqis are living in squatter camps, recently boosted the budget of the ministry of displacement and migration in order to provide monthly stipends of 1,000 to 1,500 dollars, according to a senior US official.

Still, Campbell and Refugees International claim the US “bears a special responsibility” for Iraq’s 1.5 million IDPs and the increasing problem of squatter settlements. In the strongly worded March report, the group called on the US and other international donors to expand their programmes and staff.

“Millions of people are still displaced without access to shelter, food, health care or other basics,” the report said.

In response, a senior US official told IWPR that “America has a strategic interest and moral responsibility to address the needs of Iraq’s displaced people.” The official pointed out that the US provided 387 million dollars for Iraq’s displaced citizens in 2009, and supported UNHCR’s efforts to build over 3,000 shelters in Diyala province.

“We are increasingly concentrating our efforts now precisely on providing greater support to the 500,000 displaced living in squatter settlements and on finding durable solutions for them inside Iraq,” the official said.

For Endres and UNHCR, this means finding available land the government may be willing to donate, then constructing adequate housing. After that, according to Endres, comes the difficult task of providing livelihoods and integrated communities. He says this “whole package approach” could take three to five years, but work has already started in places like Diyala.

“There are no easy answers: the government intends to move the squatters out, but the country is facing a huge housing shortage. You don’t want people to take land illegally or live on handouts, but meanwhile the conditions they’re living in are shocking,” Endres said.

“To me, the squatter camps are the biggest humanitarian problem facing Iraq. Because of war and conflict this is still a broken society, and all the people who slip through the cracks are ending up in these camps.”

Iraq
Social justice
Connect with us