Association of home workers opens up foreign markets to boost their incomes.

Association of home workers opens up foreign markets to boost their incomes. 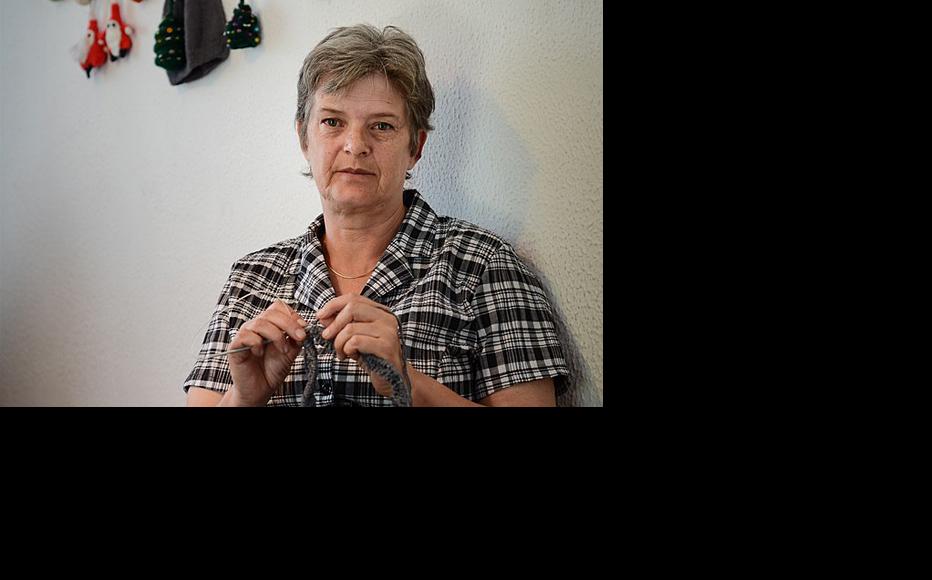 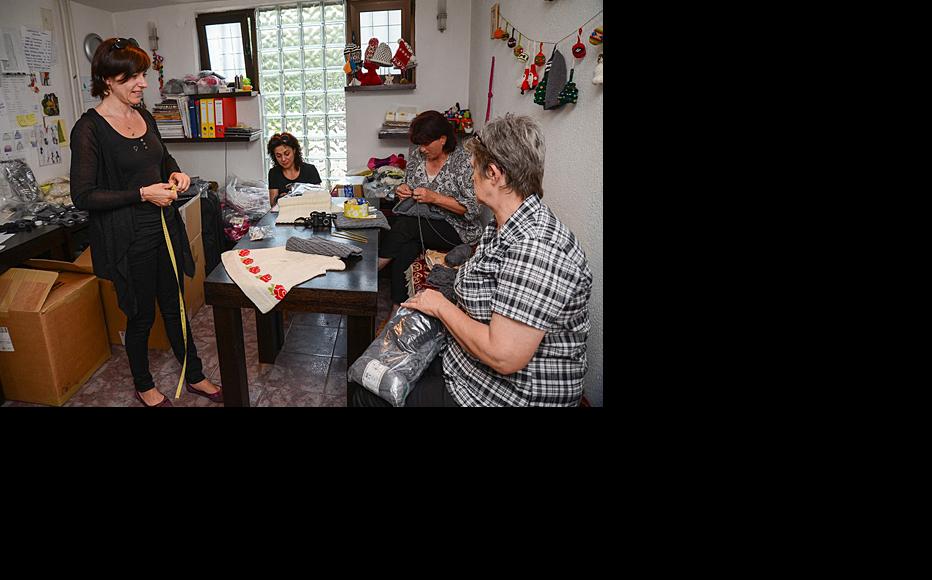 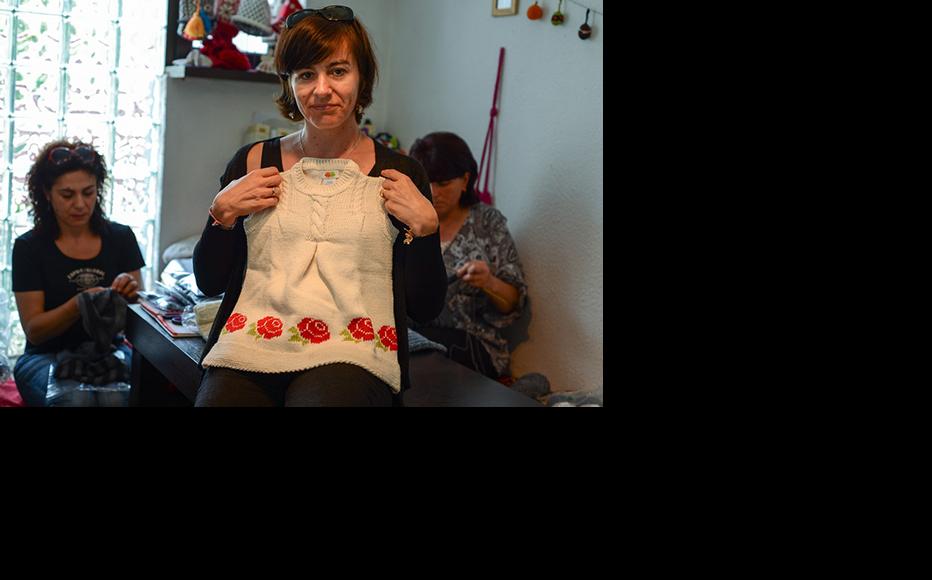 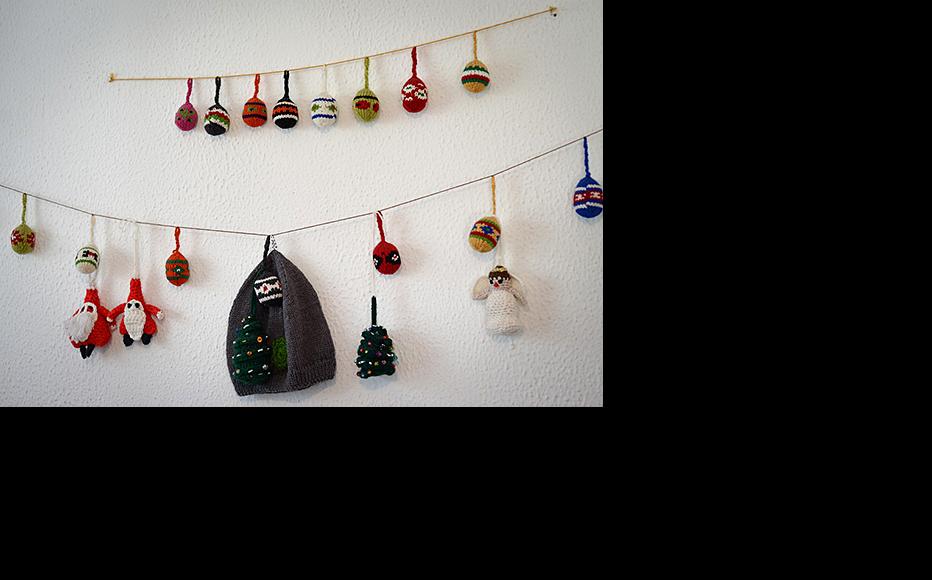 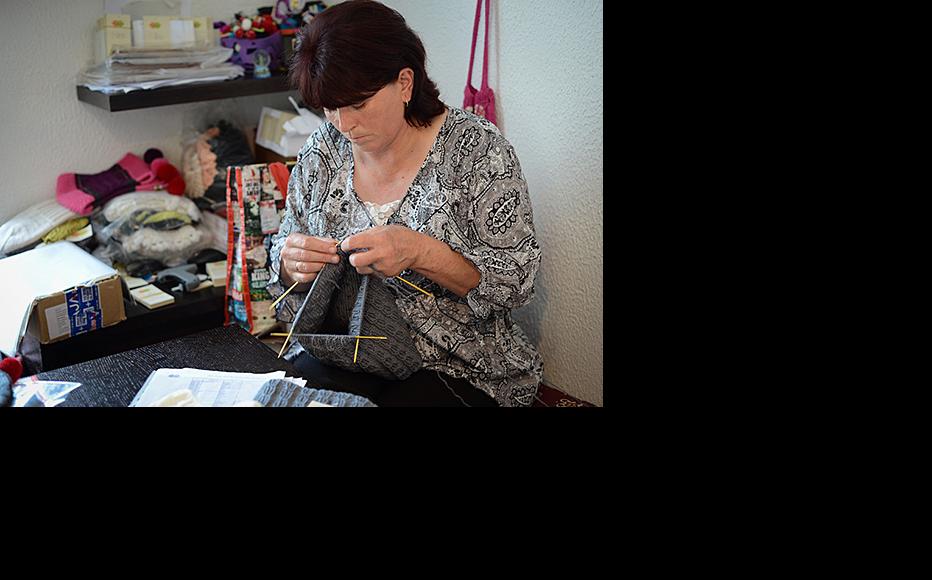 Each piece is marked with the name of its maker. (Photo: Sanja Vrzić) Sketches of designs and samples. (Photo: Sanja Vrzić)
The link has been copied

When Sevda Cibo returned to the Sarajevo suburb of Hadzici in March 1996 after spending most of the war as a refugee, she found her house in ruins with only a few walls still standing.

With a family to support and no other means of earning an income to rebuild her home, she began using one simple skill – knitting.

“When we returned to Hadzici after the war, everything was destroyed, but in time, I earned enough from knitting to rebuild the house,” said Cibo, now 55 and a widow.

Every penny Cibo has earned since then has been invested into the house she shares with her younger son, his wife and their son. Her other son lives with his wife and three children nearby. None of them works, so Sevda’s knitting is the main source of income for them all.

Cibo has found new support as a member of the Udruzene, Association of Women for the Preservation of Handicrafts, set up a year ago with about 50 female members from all over Bosnia and Herzegovina. Members produce clothing which they mostly design themselves, sometimes using patterns from France and Japan, the markets to which they then export.

“I wouldn’t be able to survive without knitting today because my only other source of income is [my late husband’s monthly] pension of 300 BAM [Bosnian marks; 150 euro],” Cibo said. “However, thanks to my knitting, both my children and I have enough”, she added as she slowly crocheted a cotton necklace with black and white flowers, a present for her grandchild.

“My older granddaughter is about to finish high school and her grandma has made her a necklace for a graduation ceremony. This is a unique piece. She’ll be wearing something that no one else has,” Cibo said proudly. “My grandson will start school in September. I will buy him everything he needs, a pencil-box, bag, notebooks, and clothes. Knitting enables me to help my family and it also makes me happy.”

Udruzene was founded by Nadira Mingasson, a young woman who worked in children’s fashion during a long period spent living in France.

“I had always looked for a way to establish a link between France and Bosnia because I really wanted to participate in the development and reconstruction of this country after the war,” Mingasson said.

Many members of the association suffered greatly during the 1992-1995 conflict. Some were injured, spent time in prison camps or were sexually abused. Others lost family members or were forced from their homes.

For many of them, crocheting and knitting mean more than just an extra income, but also contribute to psychological recovery.

Fazila Bahtanovic is originally from Rogatica, a small town near Sarajevo, and lost a leg during the war, in May 1992. She also spent time in a Bosnian Serb-run prison camp in Sokolac before she fled to Sarajevo, where she still lives.

“Work is important to me because it helps me not to think about the past. Knitting relaxes me and it pays well, too,” said Fazila, now in her fifties. “I hope that one day I’ll see our products on TV, worn by professional models.”

Mingasson says she herself has noticed how fulfilling her members find their work, boosted by becoming independent members of their households.

“A lot of women say they are happy to have their own money, the money they have earned due to their talent and knowledge,” Mingasson said. “One of our members, whom we call Diva, is much happier than she used to be. Now she takes care of her appearance – she puts her make up on, dyes her hair, and has even fixed her teeth. Besides being a mother and a housewife, she is now proud to be an equal member of society who works and contributes.”

Dedic, now 42, lived in Visegrad before the war, a historic town in eastern Bosnia where Bosnian Serb forces committed numerous crimes against the non-Serb population during the war.

She lost many members of her family there and was forced to leave her home in June 1992. Today, she lives with her family in Tarcin, a small town near Sarajevo, and rarely visits Visegrad.

“My husband was imprisoned there and he is one of the few who have survived,” she said. “We have a new life here in Tarcin and I have decided to turn the page and stop thinking about the past because I cannot change anything.”

But Dedic says that she has found peace and happiness in knitting for Udruzene and still remembers how thrilled she was when she received her first paycheck.

“I was circling around the bank with my colleague, waiting to hear that the money was transferred to my account,” she recalled. “Then we went to a supermarket and bought a lot of stuff. We didn’t get much money, but we managed to buy a lot,” she added with a smile.

“Working in the association means a lot to me. If nothing, I can cover my overheads and some of my personal needs.”

Bahtanovic, too, spent her first payment on food, but now manages to “surprise her husband and herself with some clothing” bought with the money she earns.

“All of us women have our own wishes and plans,” she added. “My house is being refurbished and my priorities are to repair the steps, the kitchen and to get new curtains, and I hope I will be able to do all that with the money I’ll earn by knitting.”

In early 2013, with the help of the Norwegian embassy in Sarajevo, Udruzene’s handicrafts were shown at a fair in Tokyo.

“At a fair in Paris, I established contact with Japanese clients,” explained Mingasson. “Then we decided to take a chance and I went to Tokyo to participate in a fair with these women’s handicrafts. And it paid off.”

The association has big plans, which include new sales exhibitions in Paris, Tokyo and Amsterdam, and will soon move into bigger premises, where they will be able to organise training and social events.

“The idea is that we gather more women and increase our production,” said Mingasson.

Mingasson believes that it is vital to invest in these women through crafts training as it also boosts their confidence.

“It’s important that they realise that they can contribute to this society,” she said. “But for Bosnian society to really change, the role of women – especially those who were the victims of war – has to change, too. Enabling them to work and feel useful is one of the best ways to achieve that.”

Aida Mia Alic is an IWPR-trained reporter in Sarajevo.

This article was produced as part of IWPR’s Tales of Transition project funded by the Norwegian embassy in Sarajevo. IWPR is implementing the project in partnership with the Sarajevo Centre for Contemporary Arts and EFM Student Radio.

Bosnia and Herzegovina
Women
Connect with us