People living in vicinity of infamous jail say its dark legacy has cursed their lives.

People living in vicinity of infamous jail say its dark legacy has cursed their lives. 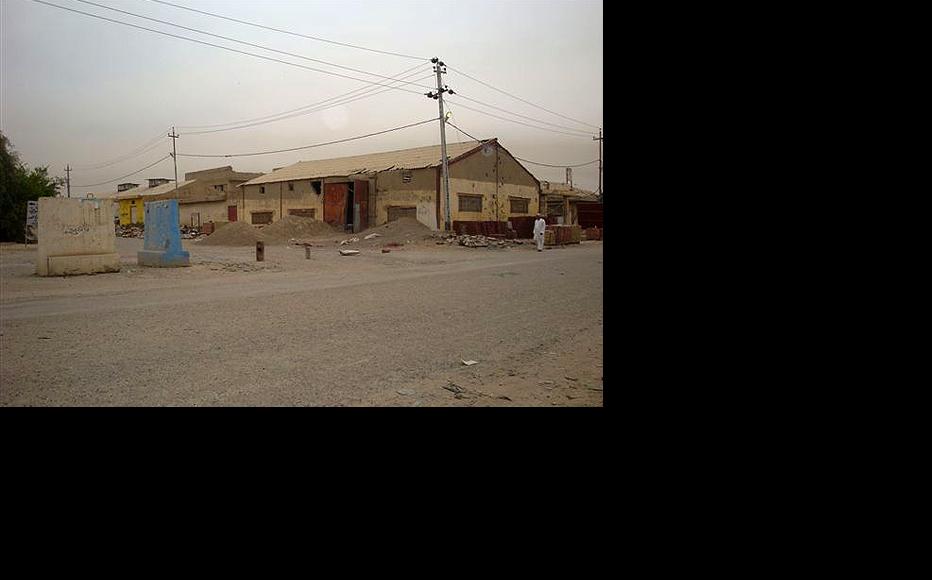 Many people have abandoned the al-Shohada neighbourhood close to the Abu Ghraib prison, believing their homes are haunted by the ghosts of people tortured there. (Photo: Uthman al-Muktar)
The link has been copied

The name has now been changed along with the management, but the spectre of Iraq's notorious Abu Ghraib prison continues to haunt locals, many of whom still call it the "House of Satan".

Abu Ghraib, now called Baghdad central prison, became infamous in 2004 when pictures and reports emerged of horrific prisoner abuse carried out there by United States military police and other American agencies charged with running the facility.

Evidence of physical, psychological and sexual abuses led to the prosecution of 11 US soldiers and the shocking images came to symbolise the worst of the US occupation of Iraq.

In the years after the scandal, local residents – most of them Sunni Arabs – have blamed the prison's dark legacy for a raft of social, economic and emotional problems.

According to locals, primary school enrolment is dwindling, some 600 acres of farmland has been left untended, and as many as 70 per cent of the 450 homes adjacent to the prison have been abandoned. The more superstitious talk about ghosts.

“I used to laugh at the housewives in my neighbourhood when they complained of their children having nightmares or they talked about ghosts who knocked on doors and tried to enter their homes or left messes in the kitchens and closets,” Gurfan Ala, a housewife in Abu Ghraib district, said.

“But then my eight-year-old son Rafid started to tell me strange things that were happening to him. I told my husband that I wanted to leave the house and go to my sister’s in Baghdad but he hasn’t done anything about it yet. I usually recite from the Quran and pray, and that helps us.”

Many parents who spoke to IWPR expressed concern about their children's mental health, a fact not lost on local schoolteacher Sana Ala, whose classroom overlooks the prison.

Ala said most of the better students had been transferred to other schools and that her primary school classroom was perpetually abuzz with the latest gossip about supernatural events.

“We pasted newspapers over the windows and we replaced other windows with tinted glass,” Ala said. “We don't allow the students to go in the backyard of the school because it overlooks the prison.”

The proximity of the prison and its reputation has also led to more tangible problems for local people. Ibrahim Abbas, a real estate agent in Abu Ghraib district, explained that only 30 per cent of the homes in al-Shohada neighbourhood are inhabited and the only ones living there are internally displaced people or others who have nowhere else to go.

“If you wanted to buy a house you would find that many homeowners would be willing to sell their houses at a 75 per cent discount,” he said. “Some people rent one of these houses but they end up moving after a while because of what they believe is the curse that affects this area around the prison. People talk of ghosts inhabiting these houses and some say they heard screams of torture. They believe that these voices were of detainees who were tortured and then killed in Abu Ghraib prison.

“The land of Abu Ghraib is cursed. This is what the insurgents circulated in their propaganda against the Americans, and people bought it.”

The real estate issue even found its way into the provincial court last month when a newcomer named Waled Hamid filed a lawsuit against the man who sold him an allegedly haunted house in Abu Ghraib district.

“I didn't know anything about the history of this area. Now we are frightened in the house. At night, everything gets creepy and the dogs and cats act strange,” Hamid said.

The court dismissed the case on the grounds that there is no law recognising superstition, but Hamid is still trying to leave the area.

“People here are grim and miserable. They don't exchange greetings, as if they are zombies. I really want my money back so I can leave this house and neighbourhood for good,” he said.

Local cleric Sheikh Abdullah al-Zobaie said the area was once a decent place to live but now superstitions and fears had changed the outlook of locals. Zobaie said that charlatans claiming to work magic were charging as much as 200,000 Iraqi dinar (170,000 US dollars) to “cleanse” homes of evil spirits.

“The answer to the problem of this place is for everyone to come back and live in their homes,” he said. “As Muslims, we believe in spirits but we don't believe in roaming, lost spirits that wander aimlessly. Evil spirits can be exorcised by reciting the Quran and praying to God in the house.”

Abu Ghraib prison was handed over to the Iraqi authorities in 2006 and officially reopened in 2009 as Baghdad central prison. Today it houses roughly 4,200 prisoners and 900 security guards and support staff.

A high-ranking prison official, who declined to be named, told IWPR that prison staff were well aware of the locals’ mistrust of the facility - and had their own misgivings about the place. The official admitted that he didn't have the heart to tell his daughters where he works.

“I don't blame the [local people],” he said. “We can’t bear staying in the prison because of the prisoners and the history of the place. We’ve painted the place many times and changed furniture and built a recreation yard and a garden, but it will always be Abu Ghraib prison."

Farhan al-Sayad, a long-time social worker in Abu Ghraib district, believes the prison should open its doors to local people for tours and information sessions aimed at combating misconceptions. Sayad pointed out that shutting down the institution would be hugely expensive to the central government and cost many jobs.

“We are not looking at [something supernatural]; I believe this is a psychological issue,” he said. “People talk about evil spirits and a curse that haunts the nearby houses.

“But it's really just that people here can't get over the pictures [of the atrocities] and their memories of that time. Something needs to be done because most people here think living in a cemetery would be better than living in the shadow of Abu Ghraib.”