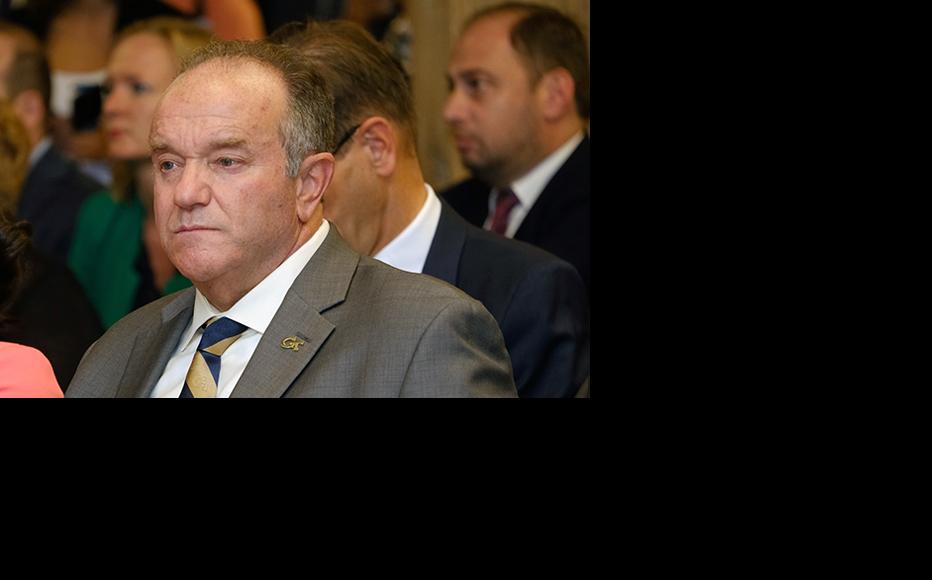 Currently a board member at the Atlantic Council, Breedlove explained why he believes Georgia is militarily ready to join the alliance.

IWPR: We recently had a government reshuffle here in Georgia, and our new defence minister raised a few eyebrows. He said we should produce every kind of weaponry, except nuclear. From your perspective, what's Georgia’s capacity to achieve something in this field?

Breedlove: So, I will approach this again from a positive aspect; many times when I was still in the service I spoke with smaller nations and most small nations do not have the economy, the money, the budget to have all the weaponry that some of the larger nations have. That said, I would never tell a sovereign nation what to do and what not to do; I don't think that's the right thing, but what I would suggest is Georgia has already demonstrated that there are some things that it does extremely well. I mean your infantry soldiers in Afghanistan were absolutely superior, they came and worked alongside of our US forces with no caveats; they would go anywhere and do anything that the Americans did and they were brave and capable soldiers. And so what I would choose is some of those niche capabilities that are things near to what you are already doing, increase capability in your infantry, maybe mechanized… as opposed to more grandiose.

There is a widespread opinion today that wars are no longer won by foot soldiers but by mechanics and so on. If like Georgia you do not have technical capabilities, what do you do?

Technical capabilities are important, but let me tell you what I have always said about my United States Air Force: it's the airmen that make us better than anybody else. It's not our equipment but the training and the skill, independent decision-making that we build into our soldiers, sailors, airmen, marines, that's what makes the United States military different from others. You can have two airplanes of similar capability fighting each other, it will be the better pilot that wins the fight. In my mind it's truly the soldier, the sailor, the airman, the marine.

But when it’s Russia versus Georgia, it’s not even a 300 Spartans scenario [against overwhelming odds], is it?

That’s correct. This is a big difference of capacity and so that is the thing most worrisome, pound for pound what I saw from the Georgian soldiers in Afghanistan they can hold their ground… But it is not only capability in Georgia versus Russia, it’s capacity… I believe that alliance is the answer to that question. We have in our NATO alliance now 29 nations. We have some pretty small countries coming but they enjoy the benefit of being in a larger military force with a focus on collective defence and so for a small nation that has great pride and great capability but small capacity that alliance framework is really important.

We've been shuffling our feet in front of that open door of the alliance for quite a long time; what does it take to step in?

I must tell you that you will not like my answer. Let me say that because I'm a military man, I feel qualified to answer from a military perspective: From a military perspective Georgia has met every criteria and has demonstrated their willingness and their capability and they have supported NATO operations, there is nothing militarily holding Georgia short. More than that – if you do the maths, on a per capita basis based on your size Georgia gave more soldiers to the Afghan operation than anyone and Georgia lost more soldiers on a pro-capita basis. I think that your country has shown that it is a good and reliable partner to again take all concerns off the table about Georgia's military readiness to the alliance.

So it's all about the politics, those who are worried about… [that] Russian soldiers occupied this territory.

Would you go as far as to say that that's such a huge deterrent that unless the conflicts are solved, there’s no tangible hope for Georgia to enter the alliance?

I think the situation in Russia is going to change, it's going to change. I think that we should remain optimistic and that Georgia needs to remain ready in a military sense and in a political sense. I think that militarily Georgia has already met all my expectations, politically there are some obstacles to overcome because of the occupied lands. What I would say to Georgians is keep working on your democracy, don’t give any nation in NATO concern about that.

Is there anything Georgia or its allies can do to change the mind of those sceptical countries?

I think that a large part of those countries changing their minds is tied to what I said to you a few minutes ago;  I think that what we see in Russia now is not permanent and change will come and hopefully it will all change in a way that allows us to get along better.

But what if we don't last until then? What if something happens?

Well, let's all agree that we don't want to provoke that something. Let's all agree that that something already happened, they invaded, 20 per cent of your land is occupied by Russia. So what we don't want is that next bad step and I think that that is the art, not the science of how we move forward. How do we allow your nation its right to make its only sovereign decision about whom to be affiliated with. How we move forward without provoking Russia.

Who in a sane mind will try to provoke Russia?

Fair enough, this is a question I've always asked others too. We in the West tend to say we don’t want to provoke Russia - then I bring up Georgia, Crimea, Donbass, Syria; my question is when we are going to get provoked?

And what was the question you’ve been given?

Very seldom have I been given any sort of credible answer to that question, regrettably.

One concrete example of Kremlin provocation is the ongoing occupation in Georgia. If you were in charge of defence, would you say there was any room to maneuver for Georgia?

Georgia's territory is incredibly important to Georgia, it's incredibly important to some of its allies like the United States and others. If Georgia chooses to militarily oppose borderisation and Georgia is all in and Russia has already demonstrated that it is all in and so I think that while it sounds terribly defeatist I don't think that the answer right now is military confrontation. The answer is, I think, for all of the countries of West to stand up and say this is unacceptable… I think that there's a big difference between a proclamation and really enforcing condemnation. We really need to put a shift in.