Campaigners say photojournalists are being framed for taking pictures the government didn't like.

Campaigners say photojournalists are being framed for taking pictures the government didn't like. 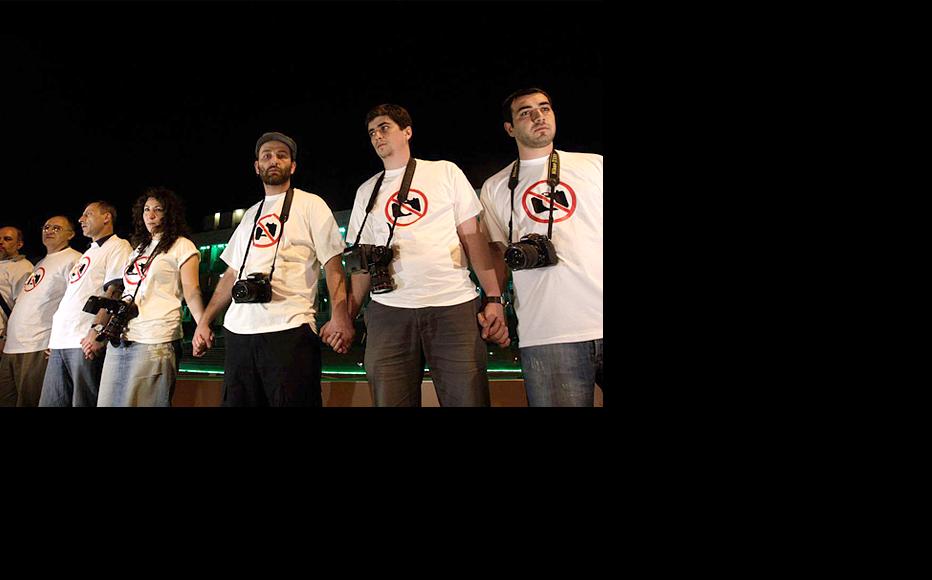 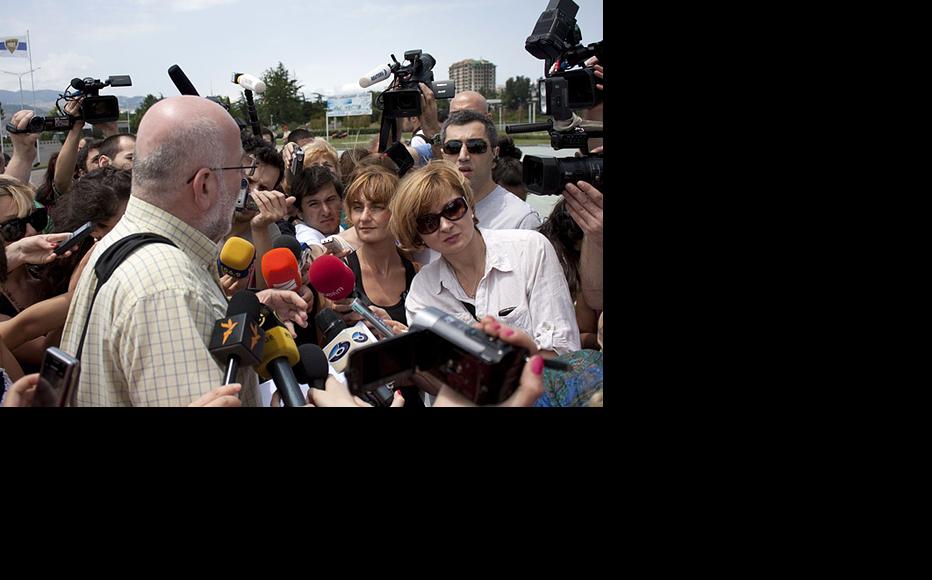 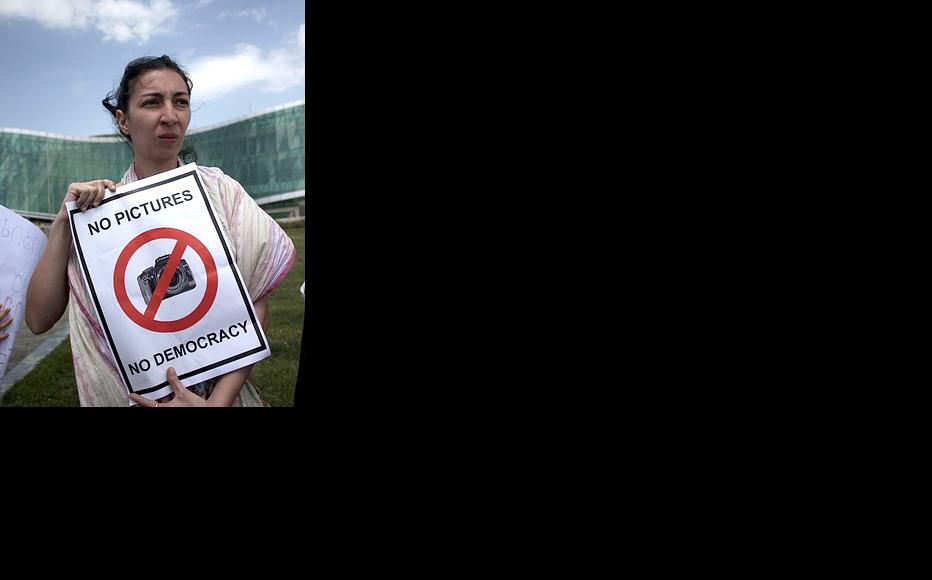 Nestan Neidze is the wife of one of the three accused, Giorgi Abdaladze. (Photo: Giorgi Kupatadze) 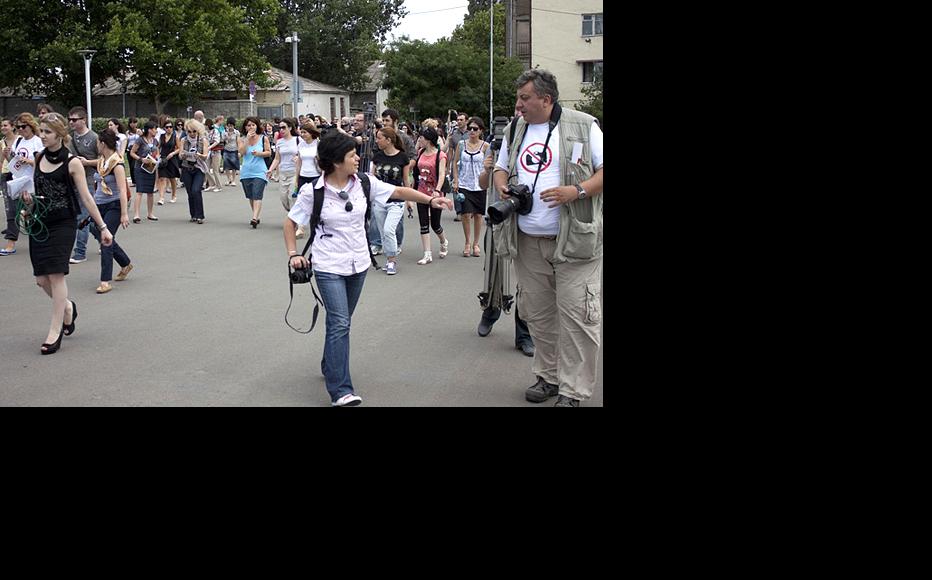 Few believe the official version of events - that the photojournalists were spying for Russia. (Photo: Giorgi Kupatadze) 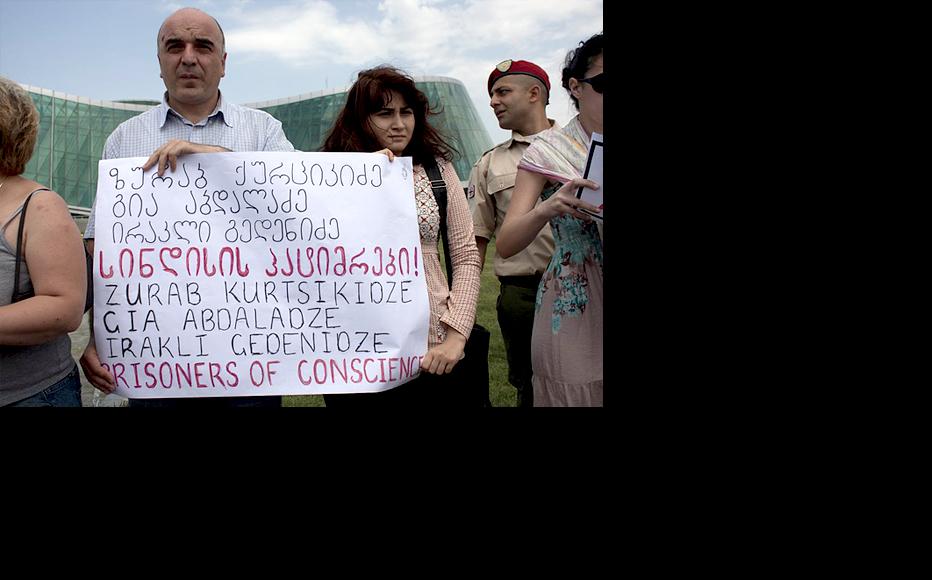 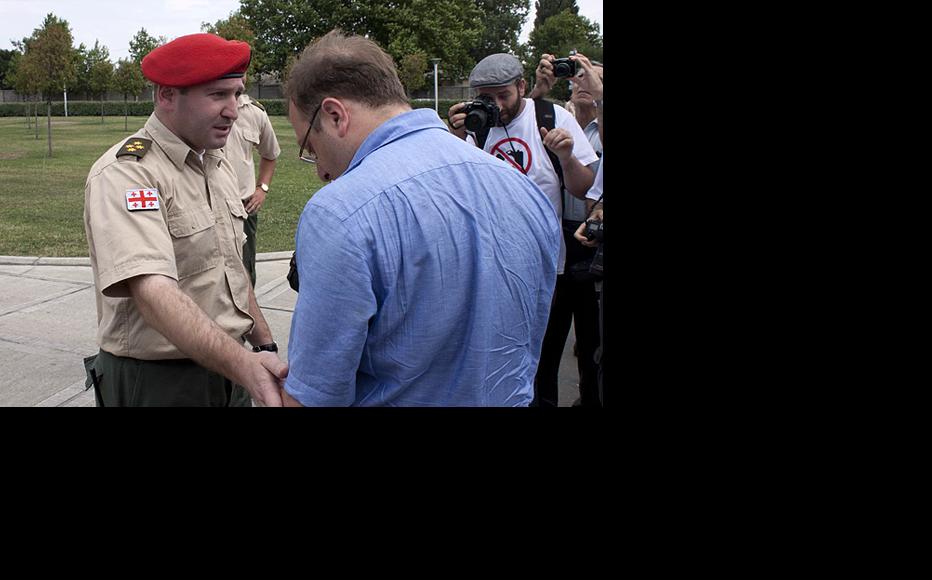 A security guard urges demonstrators not to get any closer to the ministry building. (Photo: Giorgi Kupatadze) 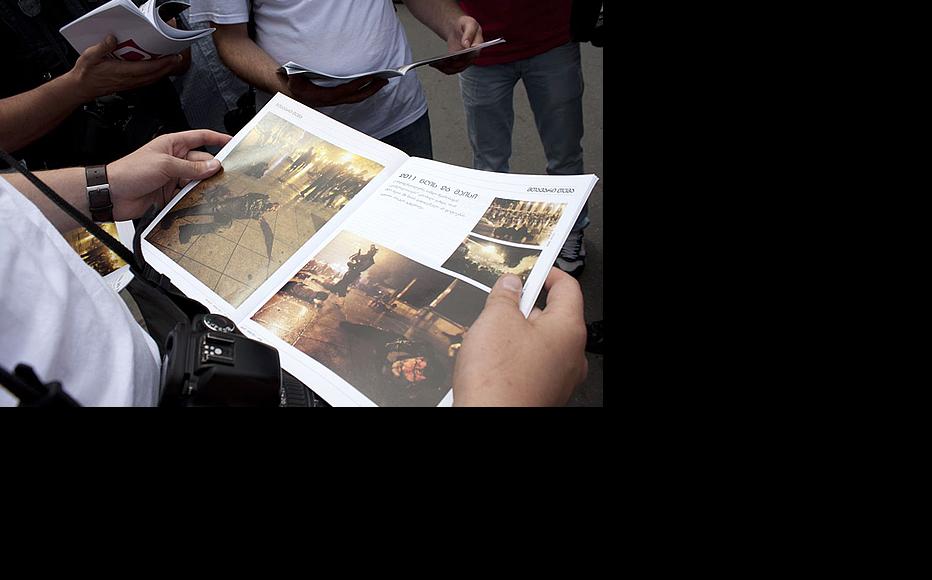 Many believe the accused photojournalists are being charged because of photos like these, showing police using force against a May 26 opposition protest. (Photo: Giorgi Kupatadze)
The link has been copied

Georgian journalists and photographers have held a series of rallies in Tbilisi and other Georgian cities in protest at the arrest of three colleagues charged with spying for Russia.

President Mikheil’s personal photographer Irakli Gedenidze; George Abdaladze, a photojournalist for the Alia newspaper and an Associated Press stringer; and Zurab Kurtsikidze, who works for the European Pressphoto Agency, were arrested on July 7.

They were charged with espionage – passing secret information regarding President Saakashvili’s movements to the Russian intelligence service. The case against them has been classified as secret.

Gedenidze’s wife Natia was also detained but was later released.

During a July 11 rally outside the interior ministry in Tbilisi, participants requested a meeting with minister Ivane Merabishvili. They also asked for the case against the three men to be declassified, and for detailed information about it to be released.

Journalists and human rights activists suspect the three photojournalists are being punished for their past work. Abdaladze has said he and Gedenidze have been set up in retaliation for photos they took of police using force to break up opposition protests on May 26.

Giorgi Kupatadze is editor of the Caucasus Reporting Service, based in Tbilisi.

Georgia
Journalism
Connect with us