Fifteen dead in worst flood in years; locals told to stay home until escaped zoo animals are recaptured or shot.

Fifteen dead in worst flood in years; locals told to stay home until escaped zoo animals are recaptured or shot. 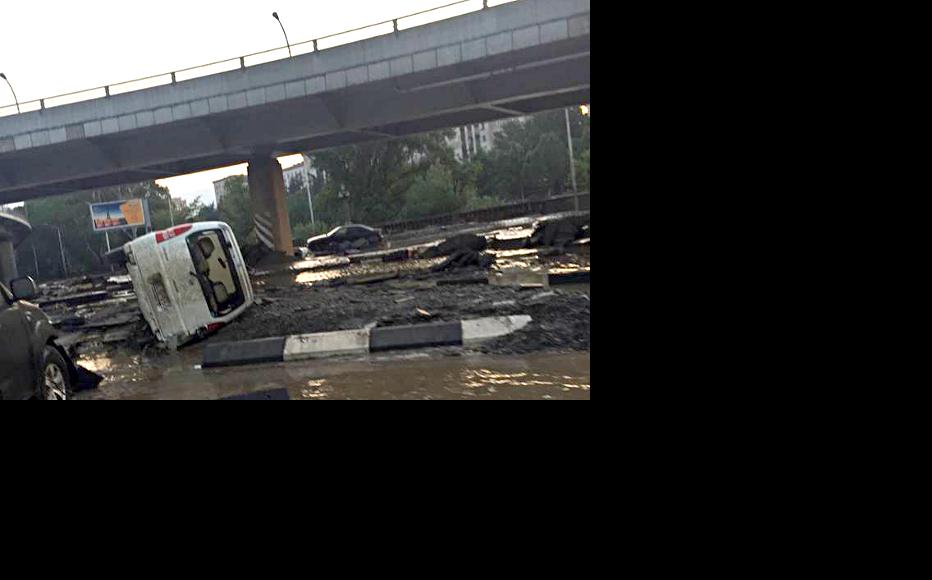 An overturned car among the debris left by the flooding. (Photo: Tbilisi City Hall) 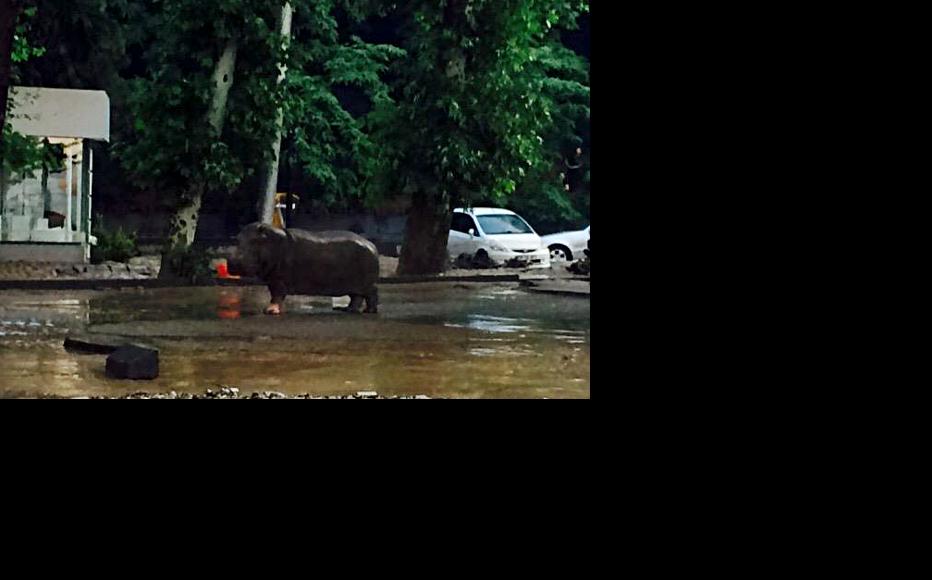 A hippopotamus wanders through Tbilisi. It was later recaptured. (Photo: Tbilisi City Hall) 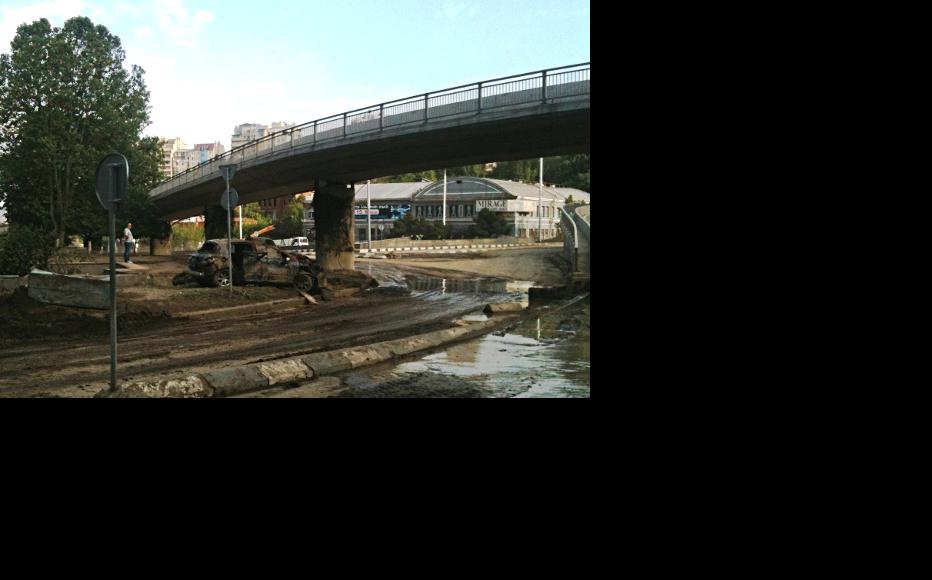 A wrecked car sits amid mud and debris swept down by the torrent. (Photo: IWPR Georgia) 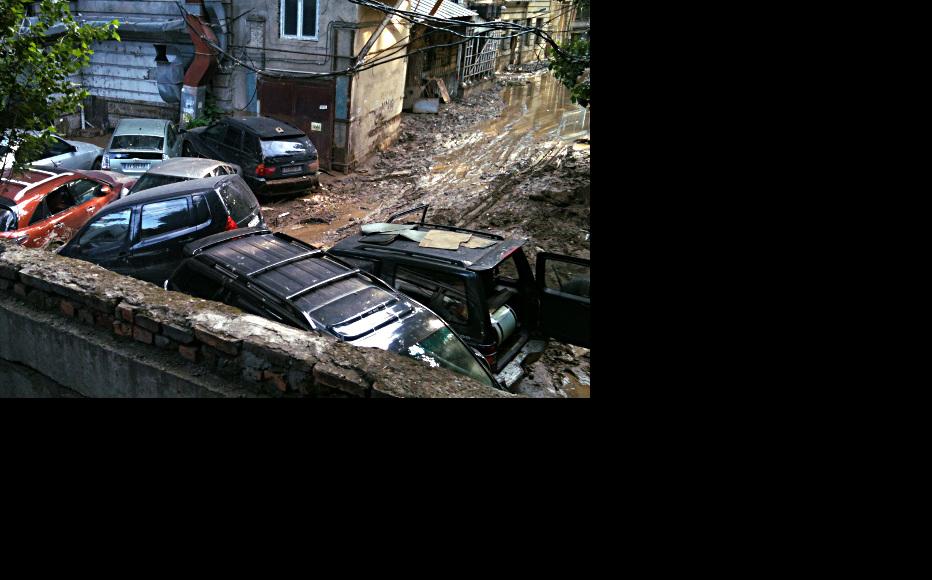 Cars thrown about by the flood. (Photo: IWPR Georgia) 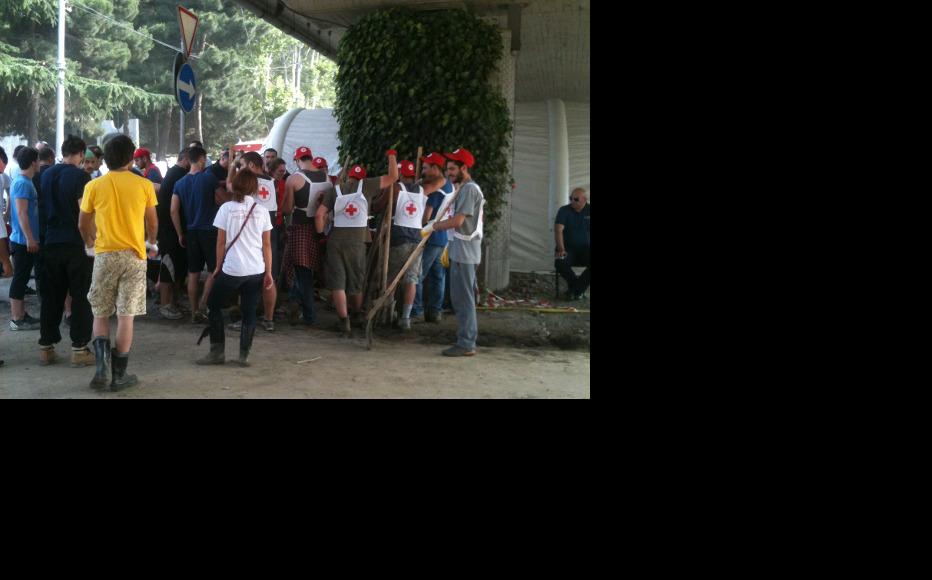 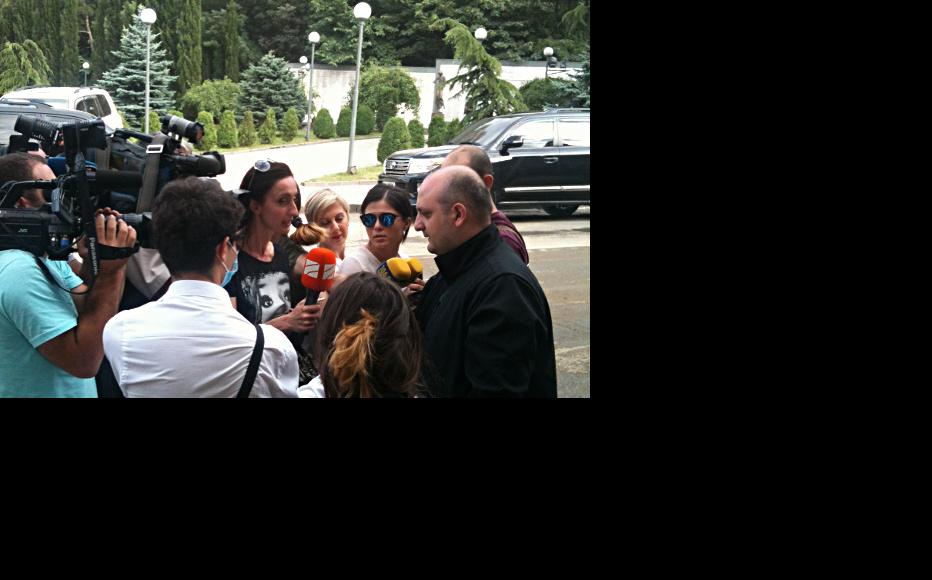 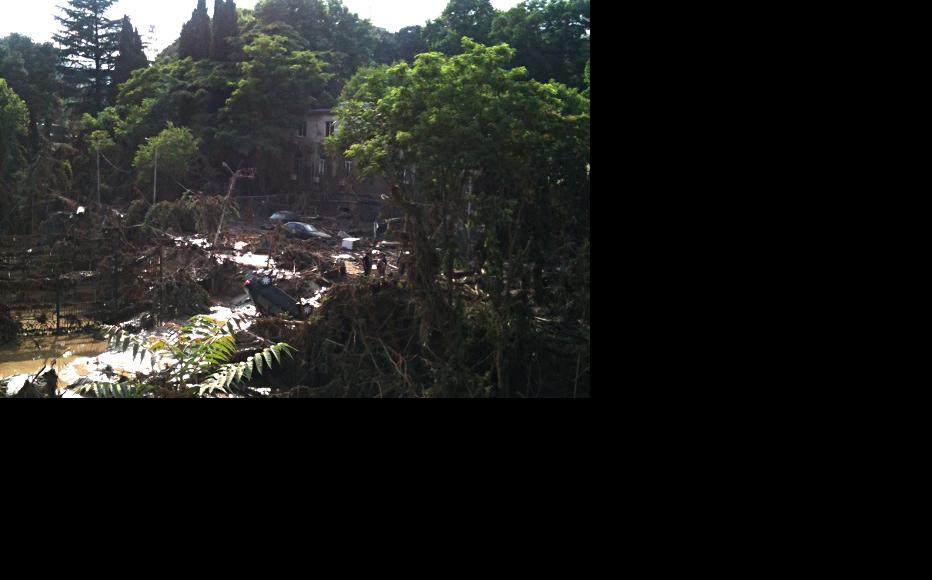 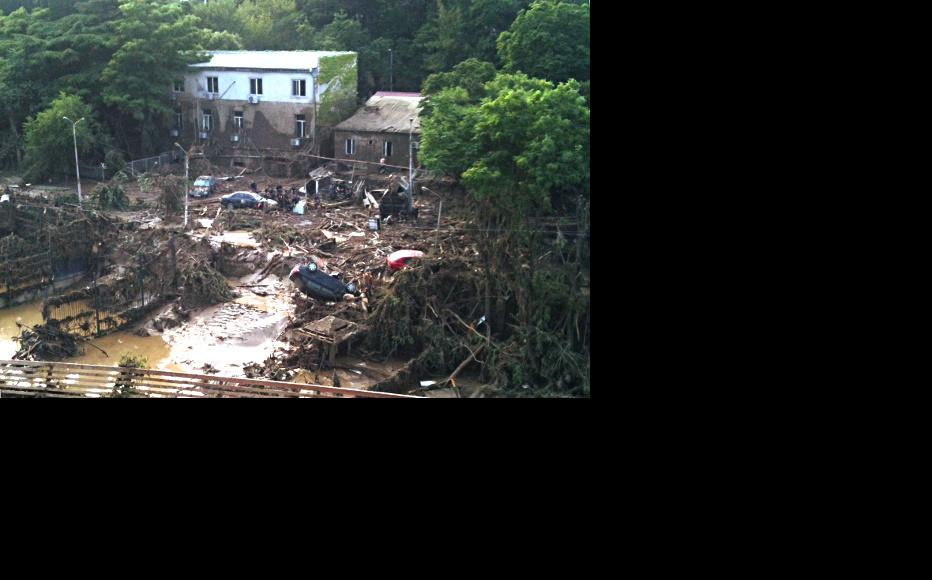 Another view of the zoo under mud and water. (Photo: IWPR Georgia) 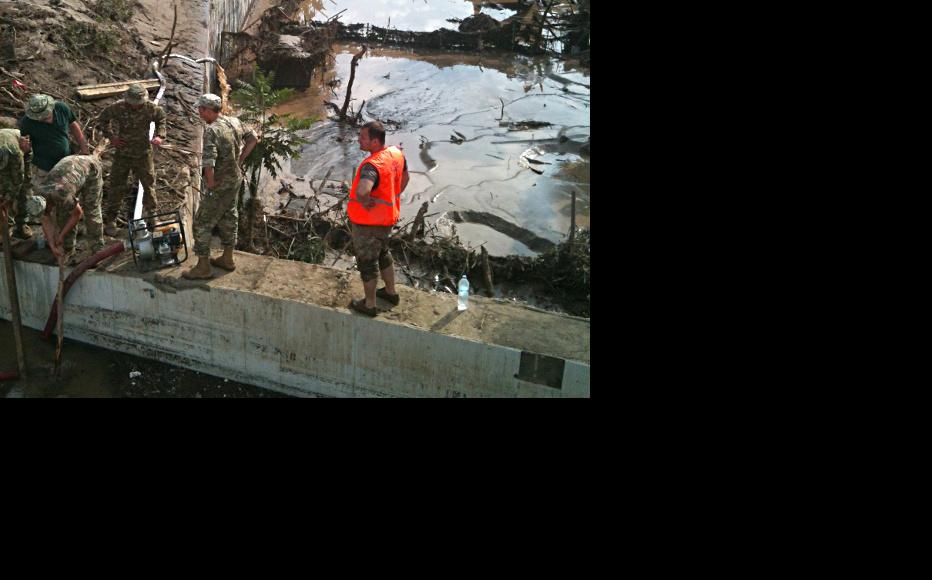 Pumping out water near the zoo. (Photo: IWPR Georgia)
The link has been copied

Rescue workers, soldiers and volunteers in the Georgian capital Tbilisi are beginning a massive clear-up after heavy floods devastated parts of the city.

Georgian officials said 15 people died and eight were still unaccounted for after a muddy deluge tore down a river running through Tbilisi on the night of June 13-14.

As heavy machinery started shifting the wreckage and debris from the streets, police told local residents to stay indoors as escaped zoo animals were still roaming the streets.

Tbilisi’s zoo was submerged metres deep in places, and a number of animals including lions, bears and wolves got out, while many drowned in their enclosures. A hippopotamus was safely tranquillised as it wandered through the streets.

The flash flood appears to have been caused by a landslide on the river Vera, a tributary that meets the major river Kura in central Tbilisi. Some say that years of poor urban planning, including inadequate drainage systems, made things worse than they should have been.

The flash flood was caused when a landslide in a gorge outside Tbilisi blocked the Vere, causing the water to build up behind a natural dam until it eventually burst and released a deluge.

Several dozen homes along the river were completely or partly destroyed, and others are being evacuated because their foundations are in danger. The torrent then reached the lower-lying ground where the zoo is located and beyond it, Heroes’ Square, a major hub for public transport in the city.

The chaos caused to public transport and the danger from escaped animals caused the government to declare today, June 15, a day off in the capital.

The last time Tbilisi suffered flooding on this scale was in 1960, when the Vere burst its banks and flooded the zoo, killing most of the animals.

In recent years, planning regulations have not kept pace with the scale of urban development and transport routes. Drainage systems have proved inadequate to cope with large overflows over many years. Plans to relocate the zoo outside the capital were blocked while the last government was in power.

Residents note that a smaller flood in the same area on June 4 should have served as a warning to the authorities.

The flooding has already created a political row. The Georgian Dream coalition now in government has been accused of poor preparations and a slow response to the disaster. In turn, its predecessor, the United National Movement, voted out in autumn 2012, is being accused of mismanaging urban development.