Limited post-release support makes it hard for offenders to get back on the straight and narrow. 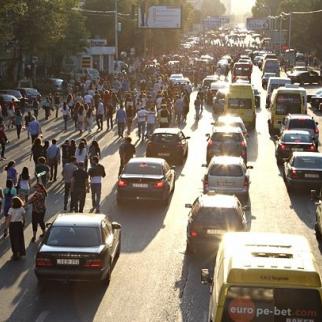 Limited post-release support makes it hard for offenders to get back on the straight and narrow.

Limited rehabilitation and other support mechanisms in Georgia’s penal system are making it difficult for prisoners to get their lives back on track after release.

When convicts complete their jail terms, they face multiple challenges including psychological problems, drug dependence and the sheer difficulty of finding a job.

One group of prisoners at a particular disadvantage consists of those who have suffered torture or other forms abuse while in prison. In 2012, leaked video footage of prison abuse led to mass protests and helped bring down the then government.

When a new government led by the victorious Georgian Dream coalition came to power in 2012, it announced a mass amnesty in which thousands of prisoners were released, including those who suffered physical abuse.

The Centre for Psycho-Social and Medical Rehabilitation of Torture Victims is one of several organisations running programmes to help such people.The centre’s head, Lela Tsiskarishvili, says that victims of torture frequently experience severe stress and as a consequence "suffer from depression and are even prone to suicide".

Other prisoners face a less traumatic but still difficult return to life on the outside. According to Tamar Avaliani, deputy director of the Human Rights Centre, what they complain of most is the lack of psychological help.

"Everyone who has approached us and all the ex-prisoners we’ve worked identify several problems – difficult social circumstances, the problem of getting a job, and the shortage of psychological rehabilitation programmes, the latter being particularly acute," Avaliani said.

Tsiskarishvili argues that a major policy shift is needed to improve rehabilitation for ex-convicts. She says this needs to start while they are still in jail and cannot wait until they are released.

“It should be possible to receive professional training and vocational courses in penal institutions. The system should be designed so that the prisoner does not end up back in jail,” she said."

The Crime Prevention Centre, an agency of the justice ministry, is tasked with helping former prisoners adapt to life on the outside. According to Joni Kvinikadze, who runs the centre, the skill sets and health of convicts deteriorate during their time inside, making it very difficult for them to compete in the job market once they are released.

To address this, the Crime Prevention Centre provides refresher courses for released prisoners to boost their skills, and then puts them on a list of potential employees whom it tries to match with employers.

Kvinikadze said that although joining the programme was voluntary, increasing numbers of people were applying to go on it.

"The number of applications has grown in recent months,” he said. “We think the growth in [applicant] numbersis down to three main factors –rising confidence in the programme, the improved quality of services provided by the centre, and greater efforts to raise awareness about the programme.”

Tina Katsanashvili is among those who found work after taking part in the programme. She now has a job at the justice ministry’s public registry office, archiving real estate documentation.

"I was initially taken on a two-month trial period,” she said. “During the rehabilitation period, I was trained in this specific work at the public registry, and after that, they took me on.”

Despite the existence of programmes like these, the number of prisoners applying for courses is still relatively low. The centre’s programme has been running for two years, and in that time 1,230 people have applied for the course. Of that number, 903 went on the programme but only 144 of them ended up finding a job.

One reason is that ex-convicts generally want to get paid work straight away rather than go on a training programme.

Avaliani said some prisoners complained that the programme was ineffective, possibly because they were not getting the kind of jobs they wanted, and partly that they did not have enough information about it.

Kvinikadze underlined that although the Crime Prevention Centre tried to help by matching trainees with potential employers, it was not required by its mandate to get ex-cons into jobs.

On October 13, prisons minister Giorgi Mgebrishvili announced a major reform to introduce welfare services and rehabilitation programmes for convicts, and to modernise the role of prison officers with a retraining programme to be completed by September 2016.

Georgia
Social justice
Connect with us