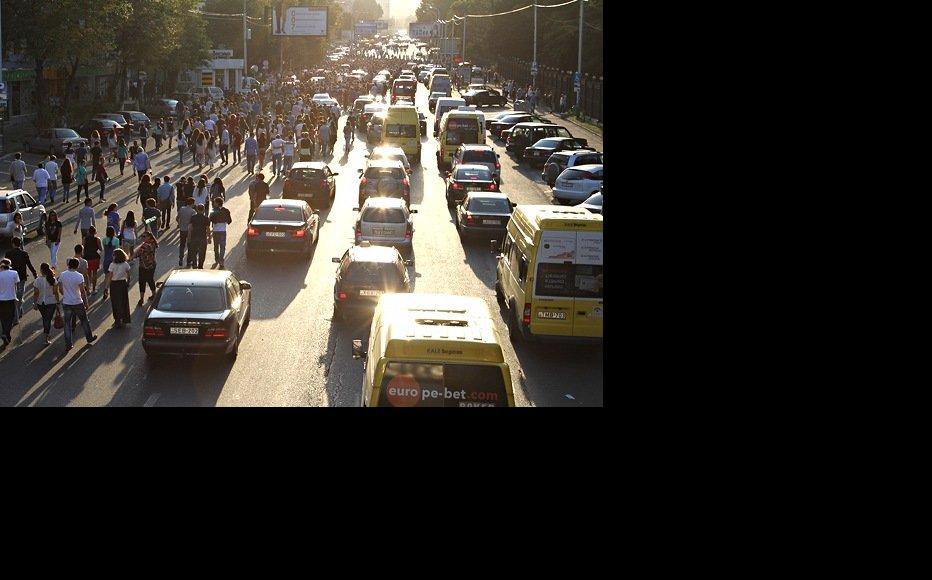 Protesters stream through Tbilisi in September 2012 after TV showed video of prison abuses. (Photo: Tinatin Lataria)
The link has been copied

Two years after leaked video of prison abuses helped bring down the Georgian government, human rights groups say its successor has not done enough to deal with the problem.

In September 2012, video of inmates of the Gldani prison being beaten and sexually assaulted led to huge protests in the capital Tbilisi and prompted the resignation of the police and prisons ministers. (Reported in Georgian Fury at Prison Torture.) Two weeks later, the governing United National Movement suffered a landslide defeat in a parliamentary election. The horrific footage dealt its image a blow it could not recover from.

The government says that it has taken steps to do this, and that it is placing a particular emphasis on improving conditions in places of detention.

On October 13, prisons minister Giorgi Mgebrishvili announced a root-and-branch reform designed to introduce welfare services and rehabilitation programmes for convicts, and to modernise the role of prison officers with a retraining programme to be completed by September 2016.

To facilitate this, Mgebrishvili announced that the prisons agency would be fully incorporated into the ministry, a change from its previously devolved status.

"I hope that the reform process we have launched will be successful and that it will restore confidence in the system once and for all," he said.

Human rights groups acknowledge that certain improvements to prison conditions have been made over the last two years, but they say more needs to be done to stop abuses.

According to organisations which work with detainees, complaints of ill-treatment often go unheard and the monitoring of conditions in detention is ineffective.

Giorgi Adeishvili, 18, was picked up on October 7 in Samtredia in western Georgia on suspicion of drug possession. Two days later, he was admitted to hospital with injuries which his family and lawyer say he received at the hands of the police.

"My client was severely beaten, and that is obvious at first glance,” lawyer Tinatin Geladze told journalists. “He says law enforcement officers demanded that he confess to a past robbery which remains unsolved, and in return they promised certain concessions. He also says the drugs for which he was detained were planted on him during the interrogation.”

In another case, a man called Giorgi Tsomaia was detained on August 14 while he was at a police station in Tbilisi trying to reclaim items confiscated from him during a previous arrest.

Tsomaia was beaten up and charged with attacking a police officer with a knife – an allegation he denied. A forensic examination later cleared him of the knife attack and found evidence that he had suffered a beating and other forms of physical abuse.

Lawyers and human rights groups argue that this kind of mistreatment is still common in Georgia, and takes place in the prison system as well as in pre-trial detention.

Tamar Avaliani, a lawyer at the Human Rights Centre in Tbilisi, says there some progress has been made in reducing the number of incidents like this, but problems still exist.

"Violence against convicts and detainees is no longer systemic, but incidents are recorded and offences come to light, which is a cause for concern,” she said.

A 2013 parliamentary report by Georgia’s ombudsman, the Public Defender, listed 48 prosecutions for abuse brought against prison staff, of which 28 resulted in convictions.

However, rights groups point out that these figures do not reflect the scale of abuse. They say there are no accurate figures on the mistreatment of prisoners as many incidents go unreported.

Elena Fileeva chairs an organisation called Article 42 of the Constitution which provides legal assistance to victims of human rights violations.

"Not every violation of the law leads to a [criminal] case being opened, and each case may reflect more than one incident,” she told IWPR. “There are no accurate statistics – there are figures for complaints received in a scattergun manner by various human rights organisations and the Public Defender’s office.”

Fileeva pointed out that a large-scale prison amnesty in 2013 significantly reduced prisoner numbers and, with them, complaints of ill-treatment.

Nevertheless, she said, “the problem persists".

One of the major challenges is the lack of effective procedures for dealing with abusive police and prison staff. Officers are not suspended when they are under investigation.

"Even when there is a complaint against a staff member in the penitentiary system… they are not suspended from duty and continue working in the same institution where the prisoners who filed a complaint are held," Avaliani said. "The same happened in the case of Giorgi Tsomaia. He says he was beaten by 11 police officers, but none of them has been suspended during the investigation; they continue to serve."

Avaliani welcomed the new reforms announced by minister Mgebrishvili, particularly the structural change that will bring prisons management directly under the ministry’s control.

"This is a very important step,” Avaliani said, adding that it might “prevent arbitrary decision-making by the [prisons] system and make it more flexible and transparent".

Fileeva said her organisation, Article 42, would be making recommendations on how to manage prisons better, education staff, and improve conditions and healthcare for inmates. A key demand is to give NGOs more of a role in visiting prisons to monitor conditions there.

"Although some organisations including the Public Defender's office do have access to prisons, I don’t believe Georgia currently has a proper mechanism for civilian oversight of the system,” Fileeva said. “This reform has been discussed in the past, but unfortunately it hasn’t been implemented yet."

Tinatin Jvania is a freelance journalist in Georgia.

Georgia
Rule of Law, Torture
Connect with us