The lack of official status and the fear of separatism have drastically eroded the use of Mingrelian and Svan. 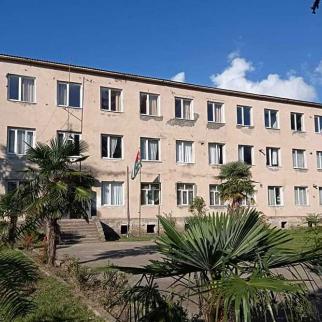 A school in the Gali region of Abkhazia, where the de-facto government recently made the decision to ban Georgian as the language of instruction, meaning that Georgian students there will now have to learn their native tongue as a foreign language. © IWPR

The lack of official status and the fear of separatism have drastically eroded the use of Mingrelian and Svan. 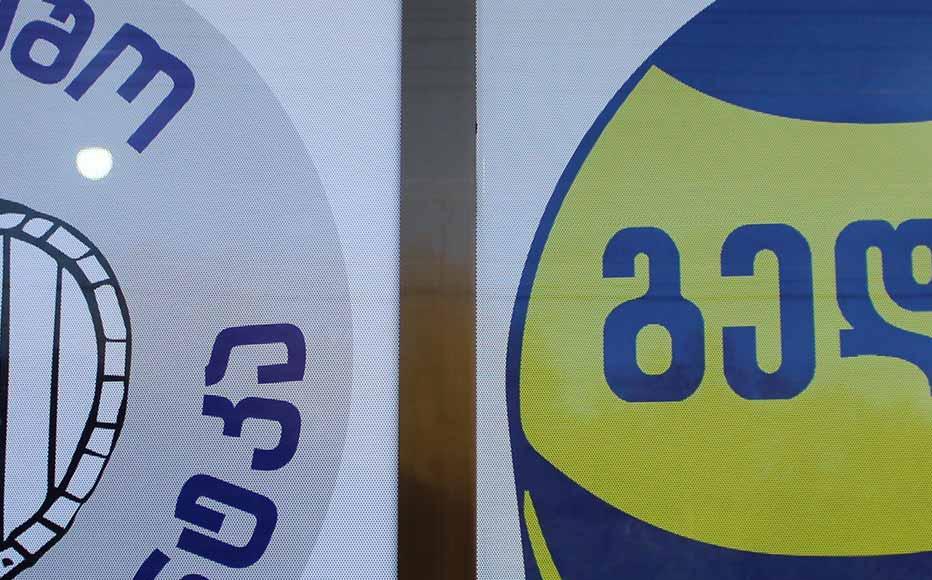 Gedatsi is a beer bar in Zugdidi, western Georgia. The name means "to drink'' in Mingrelian. Zugdidi is the administrative centre of the Samegrelo region, where most Mingrelian speakers are concentrated. © Lana Kokaia/IWPR A grocery shop in Zugdidi, western Georgia. The name Chapuria means "it is delicious'' in Mingrelian. Zugdidi is the administrative centre of the Samegrelo region, where most Mingrelian speakers are concentrated. © Lana Kokaia/IWPR
The link has been copied

Growing up, Irakli Bukia thought that Mingrelian, the language largely spoken in his native region of Samegrelo in western Georgia, was “only for the old people”. Bukia was a child in the 1990s, when the dissolution of the Soviet Union fuelled nationalism and ethnic strife, eventually triggering civil war.

“At school we were not allowed to do three things: misbehaving, swearing, and speaking Mingrelian,” the 40-year-old activist from Zugdidi, Samegrelo’s administrative centre, told IWPR. “I thought it was unimportant, because this is what our education system tells us.”

It did not occur to him, however, that Mingrelian was in danger. It was a post he saw on Facebook that changed Bukia’s mind. In 2020, he came across a discussion warning that Mingrelian was slowly heading towards extinction. He disagreed and to make a point headed to a local shop and spoke to the staff in Mingrelian; to his surprise they did not reply in the same language.

“I asked the price of some products, the shop assistant replied in Georgian that she was not allowed to speak in Migrelian but had to use the official state language instead,” he said.

Since then, Bukia has joined other young people campaigning to protect Mingrelian and promote its use, using for example via video on popular social media like Tik Tok.

“I am Megrelian, I speak Megrelian…I am concerned that my peers are ‘ashamed’ to speak our language,” 27-year-old Kodua, who currently works in Estonia as a web developer, told IWPR. “Many people my age understand it but cannot speak it. This trend is dangerous [for its survival]. It is such a beautiful and rich language, speaking it is a kind of a privilege.”

Kodua is updating the dictionary, which currently features 120,000 words and has about 6,500 visitors per month. He also plans to develop an English-Mingrelian version.

“More needs to be done to support these languages, but it should also involve people with influence in our society, they should speak up for attitudes to change,” Kodua noted. “We need initiatives, like festivals, books, dictionaries. I also wish that some tourist attraction sites offered descriptions in Mingrelian.”

According to UNESCO, Georgia, a country of 3.7 million, is home to at least 11 languages on the brink of extinction.

Mingrelian, or Megrelian, is arguably the largest group, spoken by an estimated 300,000 people, mostly in Samegrelo and the Gali region of neighbouring breakaway Abkhazia. It belongs to the Kartvelian linguistic group, which also includes Georgian, Svan and Laz, which is largely spoken in modern-day Turkey on the south-eastern shore of the Black Sea.

Hearing Svan, however, is rare. It is spoken by fewer than 30,000 people in the mountainous north-western region of Svaneti.

“Approach any pupil between the first and tenth grade: it is almost impossible to find one who can interact with you in Svan. They may understand your question, but they won't be able to answer you. Isn't this a disaster?” lamented Lela Chartolani a school teacher in Mestia, Svaneti’s main town, about 135 kilometres north of Zugdidi.

According to linguists, Georgian and Mingrelian parted ways in the eighth century BC, nearly 1,000 years after Svan had set on its own path.

For centuries, speakers of Mingrelian and Svan have used their language as a vernacular for home and village, while Georgian was reserved for cultural purposes like reading, writing and praying.

While the older generation still use them in day-to-day communication, young people’s knowledge is cursory at best.

In 2011 UNESCO added both to the Atlas of Endangered Languages under the category of Definitely Endangered, which includes those that children no longer learn as a first language. A language is considered safe if spoken by all generations, with uninterrupted intergenerational transmission.

“In families where three generations live together, grandparents speak Megrelian with their children, but not with their grandchildren, which means that the language is not transferred further to younger generations,” Natia Poniava, linguist and visiting lecturer at Tbiilisi’s Ilia State University, explained.

Bukia and Chartolani are adamant: to survive, MIngrelian and Svan need to be taught at school.

“I have four children, and when the youngest was born, I forbade all my family members to speak Georgian with him, because I knew that he would learn Georgian, but not Svan. As a result, he learnt it. By the time he started school, he had not heard speaking Georgian, but once at school he learned it better than his peers,” the 44-year-old teacher said.

Linguists agree, noting that to reverse the fading trend it is necessary to teach the languages as a mandatory rather than optional subject.

Both Mingrelian and Svan suffer from a lack of official status and protection as government officials regard them as dialects, unlike linguists who consider them languages at par with Georgian. The government supports scientific research, but it is insufficient.

“Experience shows that research work is not related to the process of saving these languages… [we see] that speakers in Megrelian and Svan are decreasing,” Poniava noted, adding that teaching them in school is the most effective way forward.

The lack of recognition means that there are no official statistics on the number of speakers; the last records of speakers of Mingrelian and Svan was the 1926 Soviet census. No paper in the government’s official document repository mentions either language.

Some political voices have started to send signals. On April 14, 2022 Georgian president Salome Zurabishvili marked Mother Language Day underlying the importance of safeguarding the richness of Georgia’s diversity. She described Mingrelian and Svan as “our treasure,” adding “everyone who wants to have the opportunity to study these languages at schools should not be misled by false fears”.

Part of the problem is rooted in the fear of separatism.

The wars between Georgia’s central government and Abkhazia and South Ossetia in the 1990s ended with Tbilisi losing control of both territories, which to this day remain largely unrecognised Russian protectorates.

In the late 1990s, Abkhaz authorities started publishing a bimonthly paper in Mingrelian, Abkhaz and Russian called Gal after the district in Abkhazia where Mingrelian-speakers live. The publication stopped in late 2017.

The situation in Abkhazia meant that promoting Mingrelian and Svan as separate entities was seen as a threat to Georgia as a single state and unified identity.

For historian and publisher Buba Kudava, these fears are rooted in the Soviet view of “one nation, one language”. Many Georgians retain that perception.

“A century ago, most people in Samegrelo and even more in Svaneti’s remote villages could not speak Georgian,” he said. “But that did not spark separatism. Today, everyone speaks Georgian, the education system is in Georgian: how can protecting Kartvelian languages ​​lead to separatism?”

Activists and linguists call for effective steps from the government to save both languages from disappearing.

Bukia said that this would only increase national unity. He recalled how in 1978, when the Georgian language was in danger due to Soviet plans to downgrade its status, Mingrelian-speakers joined the demonstrations on Tbilisi’s central Rustaveli Avenue to protest this.

“We are not rejecting the Georgian language, we are asking for Mingrelian to be recognised as language, not regarded as a dialect or a sub-dialect,” he continued. “We have one country – Georgia - we are one nation and we must share each other’s concerns.