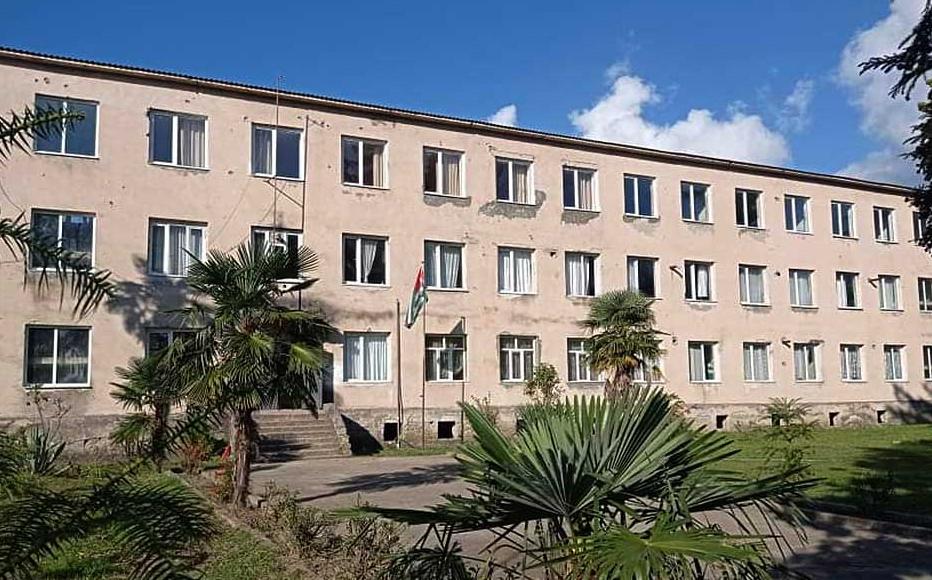 A school in the Gali region of Abkhazia, where the de-facto government recently made the decision to ban Georgian as the language of instruction, meaning that Georgian students there will now have to learn their native tongue as a foreign language. © IWPR
The link has been copied

Ethnic Georgian parents and teachers in Abkhazia say they feel let down by the lack of a vigorous response from Tbilisi after the authorities in the breakaway republic finally banned Georgian-language instruction in schools.

The de facto government had been gradually replacing Georgian with Russian curricula since 2015, starting with the first grade and adding another each year. The 11th grade in ten schools across Gali, a district largely populated by ethnic Georgians, was the only one remaining in which children could be taught in Georgian.

However, a few days after the academic year began on September 1, the de-facto ministry of education announced that this grade would also no longer be able to use Georgian as the language of instruction.

All students now have to study in Russian, while Georgian will be studied as a foreign language twice a week.

“We are very unhappy,” said Nino, an 11th grader in a Gali school, adding, "My class was the last one that could learn in Georgian, but now we have been deprived of this right as well.”

One teacher, who asked to remain anonymous, emphasised said that the decision was proving “very difficult” for staff and students alike.

“Our work has become ten times more complicated, as well as the children’s,” she said. “It is not easy to learn or teach all subjects in Russian. Moreover, now we have to keep our school journals in Russian, which we used to do in Georgian before.”

The teacher said that she was disappointed by Tbilisi’s slow reaction to the move, adding that with a more urgent response “we would not have found ourselves in the situation we are now.

“The most important thing now is not to lose those two hours when we can teach Georgian as a foreign language twice a week,” she concluded.

A history teacher at one of the schools in the lower-zone village of Gali, who also asked to remain anonymous, similarly criticised the Georgian side for not responding more vigorously.

"It was just taken as a fact and no one has worried much about it," she said, adding that Tbilisi needed to consider the situation of other minority languages in the breakaway territory.

"We must look at this issue broadly; the rights of ethnic Georgians, as well as ethnic Abkhazians and Armenians are being violated here – a violation of fundamental rights,” she continued. “For example, last year there was an attempt to completely switch some schools to the Abkhazian curricula, the minister of education even issued an order, but then this order was canceled by the Prime Minister [Alexander] Ankvab. I think for two reasons, they have no specialists or it was Russian influence, which is a more likely explanation. This is a deliberate policy of Russia and it applies to all minorities, they just started this process with us.”

Tina, the mother of an 11th grader, said that neither teachers nor parents wanted the children to receive an education in Russian. Apart from anything else, this would limit their future educational prospects as well as further alienating themselves from the rest of Georgia.

"Children who learn all school subjects from first to tenth grade in Russian will have to continue their studies in Sokhumi University,” she continued. “As far as I know, about 120 children from the villages of Gali are studying there. About 20 more have been enrolled this year.”

Before the 1992-93 war in which Abkhazia broke away from Georgia, there were more than 50 Georgian schools in Gali. By 2015, this number had dwindled to just 11, and there are now no longer any Georgian-language schools in Abkhazia - although there are 50 Abkhazian schools, 45 Abkhazian-Russian schools and 25 Armenian ones.

"This is an obvious manifestation of racial discrimination when 47,000 Georgians have no Georgian-language schools and learn it as a foreign language,” the history teacher said. “By doing so, the people are deprived of their basic right to receive education in their mother language. What Russia tries to achieve is that the native Georgian population would never look towards the rest of Georgia.”

Tea Akhvlediani, Georgia’s minister for reconciliation and civic equality, agreed that the actions of the de facto administration in Abkhazia violated the human rights of ethnic Georgians.

"This fact contradicts the basic norms and principles of international law,” she continued. “Such illegal actions are a continuation of the policy of ethnic discrimination and Russification carried out by the Russian occupation regime for many years, the aim of which is to destroy Georgian traces in the occupied territories and assimilate the population.