Cut-price medication for many patients, and free treatment for the prison population.

Cut-price medication for many patients, and free treatment for the prison population. 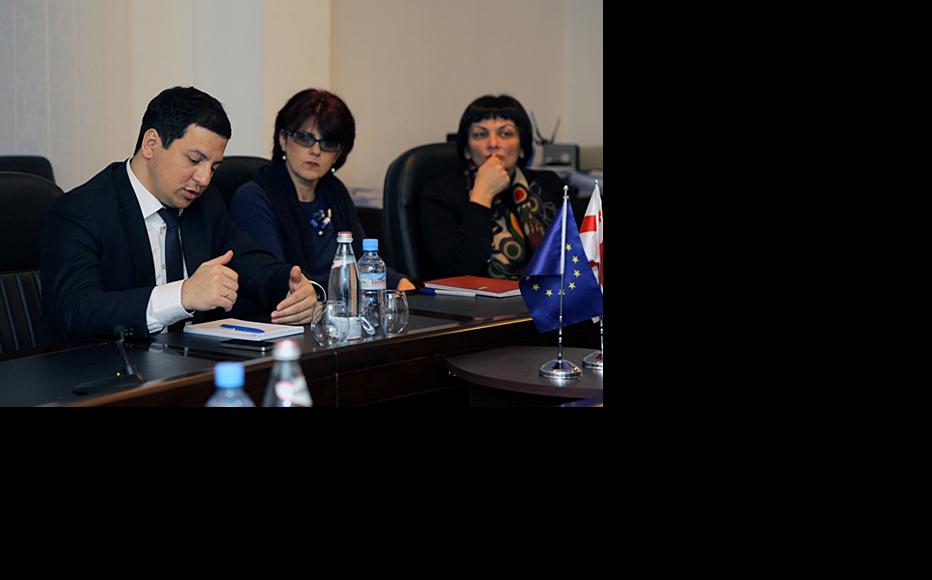 Under a nationwide programme which Georgia’s government has launched to tackle hepatitis C, 10,000 people will become eligible for subsidised medicines, and treatment will be free in the prison system, where the disease is common.

Experts say the programme could be a major step towards reducing infection rates. Prisoners with hepatitis C will start receiving free treatment from March.

Official statistics dating from 2004 showed 200,000 people infected with the disease, or between six and seven per cent of the population. Some believe the current total could be higher, close to 300,000. The equivalent rate is 2.5 per cent in the United States, and under one per cent in northwestern Europe. (See Hepatitis Unchecked in Georgia from last year.) Around 20,000 people, under ten per cent of the total number infected, have undergone treatment.

Archil Talakvadze, the deputy prisons minister, told IWPR that “international experts say Georgia will become a global leader in the fight against hepatitis C. The creation of the programme for prisoners, and the provision of lower prices to 10,000 citizens is the biggest boost to making treatment accessible in Georgia’s modern history.

“For comparison, only 300 to 400 patients were receiving treatment every year, and at their own expense.”

Until now, many have been unable to afford the medicines. In a country where the average monthly wage is 700 laris (400 dollars) and 17 per cent of the population is unemployed, many could not even afford to pay for a diagnosis costing 1,600 laris. Health insurance companies refused to pay for treatment even when people had cover.

The two drugs used to treat hepatitis C – Ribavirin and Pegylated Interferon – normally cost 6,000 US dollars for a 24-week course, and sometimes a 48-week course is needed.

Certain forms of the disease require a third medicine, Boceprevir, which increases the changes of success but adds 28,000 dollars to the cost of treatment. Until now, the government has not provided this to prisoners free of charge.

In December, the health ministry announced a tender for the purchase of medicines, after a similar attempt failed in October. This time it was successful, and secured supplies of the drugs at 60 per cent below the normal cost.

“Georgia is now has the second-lowest prices in the world after Egypt,” Talakvadze said.

The prisons ministry says the level of hepatitis C infection in the penal system is around three times higher than among the general populace, and 18 per cent of deaths among convicts are attributed to the disease.

Some 12,000 prisoners will be screened for the disease, and the ministry plans to treat 500 of the most serious cases this year, and another 500 in 2015, at a total cost of six million laris.

Only those serving sentences longer than 18 months will be eligible, since treatment is not free once they are released. “We’ve done that to stop people going to prison for hooliganism [disorderly behaviour] just to get a free course of treatment,” Talakvadze said.

He noted that free hepatitis treatment would put an end to a situation where Georgia had lost four cases at the European Court for Human Rights because of restrictions on diagnosis and medical treatment in the penal system.

“The court in Strasbourg compared the lack of treatment in prison to torture,” he added.

On February 1, the government began registering members of the public to assess their eligibility for treatment at the reduced rate.

Dato, a 40-year-old man who has had hepatitis C for several years, is now preparing the documents he needs to sign up for the programme.

“I have already undergone several tests. Now I’m having my liver tested and if the doctor considers it necessary for me to start treatment, I’ll do so,” he told IWPR. “If need be, I’ll collect the money I need for the treatment. A few months ago, I couldn’t even have dreamed of this.”

Applicants like Dato will need to submit their diagnosis, information about previous tests and their results, and what course of treatment they need. A commission will examine the applications and rule whether a discount is applicable.

The aim is to get people started on treatment on July 1. Some 200 people have submitted their documents so far.

“This is a good start, although of course we can’t say all the problems have been resolved,” said Paata Sabelashvili, head of the Georgian Harm Reduction Network. “It’s very good that the state is going to treat prisoners with hepatitis C for free. And the provision of medicines at an accessible price to people who need immediate treatment is a very major benefit.”

Sabelashvili said there were still issues to be addressed.

“People remain very under-informed – they don’t know how to get treatment, and many don’t even know they are infected,” he explained. “There are too few doctors able to treat patients according to modern medical standards. And the tender has cut cost of the medicines, but hasn’t reduced the cost of diagnosis, which remains high.

“Most important of all, we are hoping the government will initiate a programme of free treatment for the general population.”

Georgia
Health
Connect with us