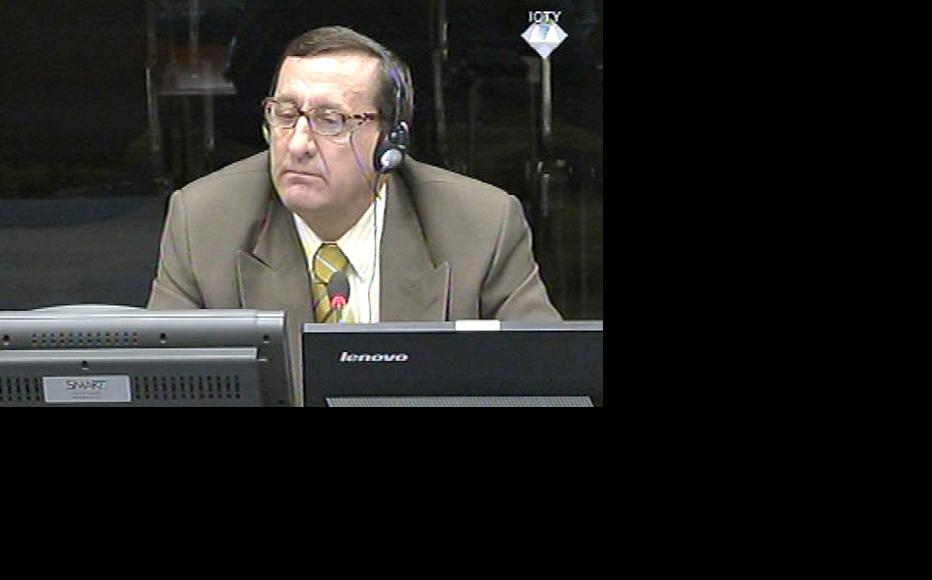 Mitar Rasevic, defence witness in the Karadzic trial at the ICTY. (Photo: ICTY)
The link has been copied

A defence witness in the trial of former Bosnian Serb political leader Radovan Karadzic this week denied any knowledge of “systematic violence” against prisoners at the Foca prison.

Mitar Rasevic was in command of the prison guards at the facility in the eastern Bosnian town of Foca, used as a detention facility by Serb forces during the war.

Rasevic was indicted by Hague prosecutors in 1997, and surrendered to the tribunal in 2003. That same year, his case was transferred to the Bosnian state court. In February 2008, he was sentenced to seven years’ imprisonment for crimes against humanity committed against non-Serb detainees in the Foca prison between April 1992 and October 1994.

He was released in 2010 after serving his sentence, with time already spent in detention taken into account.

According to the judgement against him, Rasevic, who was “in charge of supervising at least 37 prison guards”, participated in “establishing and maintaining a system of punishment and mistreatment of detainees”.

In addition, Rasevic “participated in the forcible transfer and deportation of detainees from the prison in so-called ‘prisoner exchanges’, after which these detainees were never seen alive again”.

Karadzic is accused of crimes of genocide, extermination, persecution, murder and forcible transfer of non-Serbs from the territories under the control of Bosnian Serbs.

Foca features in his indictment as one of the municipalities in which Karadzic allegedly “committed in concert with others, planned, instigated, ordered and aided and abetted persecutions on political and religious grounds against Bosnian Muslims and Bosnian Croats”.

Testifying at Karadzic’s trial this week, Rasevic denied most of the findings from his own judgement.

"You see, I never saw any signs of violence or blood anywhere in the prison, or on any of the prisoners. Nobody was ever killed there,” he told the judges, adding that “there were, however, some people who committed suicide and some others who died of natural causes”.

Rasevic told the court that he did his job “very professionally, because there was not much that I could do, or was supposed to do”.

According to the witness, the Foca prison was controlled by the Bosnian Serb army.

‘If there is anyone to blame for anything that happened in this prison, it is them,” he said.

“From time to time, the army would come to the prison and bring lists with names of people they needed to take away. I would just read those lists – there was nothing else I could do,” Rasevic explained.

When prosecutor Hildegard Uertz-Retzlaff confronted Rasovic with some of the findings from the verdict against him, he said he was “very sorry for what happened to the prisoners.

“But you have to understand that it was only much, much later that I found out what really had happened,” he told the court.

Uertz-Retzlaff then presented the witness with a statement from his own trial in which he said he was present during the beating of one prisoner.

“Yes, that's true, I was present there. The poor man was being beaten senseless by 12 guys from the military police and I intervened to save him,” Rasovic replied.

Despite this, he said he stood by his claim that he was not aware of any “systematic violence going on in the prison”.

The Karadzic trial continues next week.