Instead, observers from former Soviet states will applaud the ruling party's repeat victory.

Instead, observers from former Soviet states will applaud the ruling party's repeat victory. 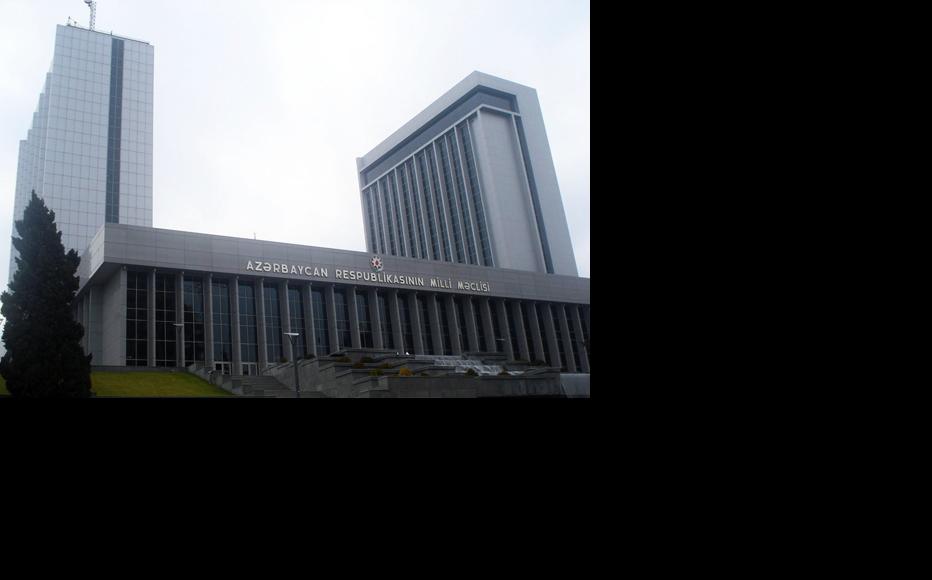 Azerbaijan's parliament. (Photo: Afgan Mukhtarli)
The link has been copied

International institutions including the European Parliament and the Organisation for Security and Cooperation in Europe (OSCE) have refused to monitor Azerbaijan’s November 1 parliamentary election, making it clear that they believe that it will be neither free nor fair.

Azerbaijan’s government has come under increasing international scrutiny for its concerted crackdown on journalists, opposition members and human rights defenders over the last two years. In response, Baku has expressed fury at the criticism, and its relations with the West have soured.

Michael Link, who heads the OSCE’s Office for Democratic Institutions and Human Rights (ODIHR), said the government had refused to agree to terms that would have allowed the election mission to function properly. The OSCE wanted to deploy 30 long-term and 350 short-term observers, but Baku only agreed to accept six of the former and and up to 125 of the latter.

“The restriction on the number of observers taking part would make it impossible for the mission to carry out effective and credible election observation,” Link said. “Regretfully, we are compelled by these actions to cancel the deployment of ODIHR’s observation mission for the parliamentary elections.”

“The Azerbaijani authorities’ insistence on a restricted number of observers is directly counter to the country’s OSCE commitments and in contradiction to ODIHR’s election observation mandate,” he added.

Baku in turn blamed the OSCE for the conditions it set for sending an observer team.

Siyavush Novruzov, a lawmaker from the ruling Yeni Azerbaijan Party, told the Trend news agency that OSCE wanted to send too many monitors.

“Azerbaijan has 125 electoral districts, and Azerbaijan proposed allowing one short-term observer per district plus about ten long-term observers. That would have allowed ODIHR to express an opinion the election,” Novruzov said.

Arastun Orujlu, head of the East-West Research Centre in Baku, said the OSCE had good reason for refusing to send a team, since the size of the mission it had proposed was quite fair. The former Soviet states of the Commonwealth of Independent States (CIS) always send teams of observers to each other’s elections, and always praise them to the heavens. Orujlu said that was exactly what Azerbaijan wanted.

“It’s obvious that Azerbaijan wants the electoral process to proceed without too much fuss, and to have it overseen by a Kremlin-controlled CIS mission instead of a proper international observer mission,” he said. “Past experience shows that the CIS missions’ reports agree with Baku’s view – they don’t spot any violations.”

In the last parliamentary election, held in 2010, Yeni Azerbaijan won 72 of the 125 seats in the chamber. Notionally independent candidates won 48, and two government-friendly parties got three and two. The opposition Popular Front and Musavat parties lost the eight seats they previously held.

Two major opposition forces, the Popular Front Party and the National Council of Democratic Forces, have decided to boycott the 2015 election.

Popular Front chairman Ali Karimli said there was no democratic system in which an election could be held.

“The authorities should… postpone the parliamentary election, release political prisoners, amend the electoral code and restructure the election commission to include opposition representatives,” he wrote in a Facebook post. “It must create an environment where there is genuine rivalry and competition in elections.”

Others including the Musavat party, the REAL movement and the youth organisation NIDA are fielding candidates, but they are already accusing the authorities of skewing the rules to exclude them.

At an October 10 press conference, the Musavat party’s leader Arif Hajili detailed the obstacle placed in its way.

“Musavat nominated 70 candidates but so far only 23 have been registered,” he said, adding that campaigners collecting signatures in support of candidates had been harassed.

“Our activists have been arrested and abducted,” he said. “Both the people collecting signatures and those giving them have been subjected to pressure and harassment. Many people were forced to disavow their signatures. After coercing them into signing statements [denying they signed], election commissions are refusing to register our candidates.”

Hajili noted that complaints lodged with the Central Election Commission (CEC) had clearly not been dealt with, since the rejections issued by its local branches were being allowed to stand.

An advisor to Hajili, Azer Ismail, told IWPR that Musavat was considering joining the boycott.

“The first phase of the election process has been accompanied by serious violations,” he said. “The Musavat party has already begun preparing a detailed report on them. In view of this, a final decision on whether we are going to take part in the election is to be made at a party meeting. It is also possible that we will boycott the election.”

In another case, the head of the Classical Popular Front Party, Mirmahmud Miralioglu, was rejected as a candidate. The local election commission claimed that most of the signatures gathered in his support were false, a charge which Miralioglu denied.

Ulvi Hasanli, a board member of NIDA, told IWPR that electoral officials and local government had put pressure on their candidates, too.

“We decided to put forward eight candidates for the parliamentary election,” he said. “One application by former prisoner of conscience Zaur Gurbanli was turned down. So far only two others have been registered, while decisions on the rest are pending.”

Yalcin Imanov, a lawyer, told IWPR that it was illegal to force candidates to write statements renouncing their signatures.

“It counts as direct interference in the election process." he explained. "Under Article 159 of the Criminal Code, such an act is punishable by a fine of 100 to 500 manats or imprisonment of up to three years.”

CEC member Akif Qurbanov acknowledged that there should have been more scrutiny before local commissions rejected candidates, and said the proper process was to get a court to approve such decisions.

“Decisions issued by the CEC note that the reason why nominations weren’t accepted was that people went to the local electoral commission and said that their signatures had been taken under false pretences,” he said. “But these decisions don’t make it clear exactly how these voters might have been duped. The CEC must look into whether people were promised remuneration in return for their signatures.”

By contrast, CEC chairman Mazahir Panahov told APA news agency that decisions taken by his institution were beyond reproach.

“Wherever possible we try to register even the most radical opposition candidates,” he added.

Orujlu, of the East-West Centre, warned that the way the election was run could have serious repercussions for Azerbaijan, since Western countries might refuse to recognise the result.

In September, the European Parliament passed a sternly-worded resolution calling for Baku to take immediate action over its detention of political activists, human rights defenders and journalists. Azerbaijan’s parliament responded by suspending its participation in the EU-Neighbourhood East Parliamentary Assembly (Euronest), a body intended as a forum for dialogue with the European Union’s “Eastern Neighbours” – Armenia, Azerbaijan, Belarus, Georgia, Moldova and Ukraine. (See Azerbaijan's Euro-Exit.)

“Azerbaijan is shutting down its representation in European institutions,” Orujlu said. “If the results of this elections is not recognised, there’s a possibility that Azerbaijan will be isolated from the international community, at least at parliamentary level.”