More than 1,000 families returned to Kazakstan in the first six months of this year.

More than 1,000 families returned to Kazakstan in the first six months of this year. 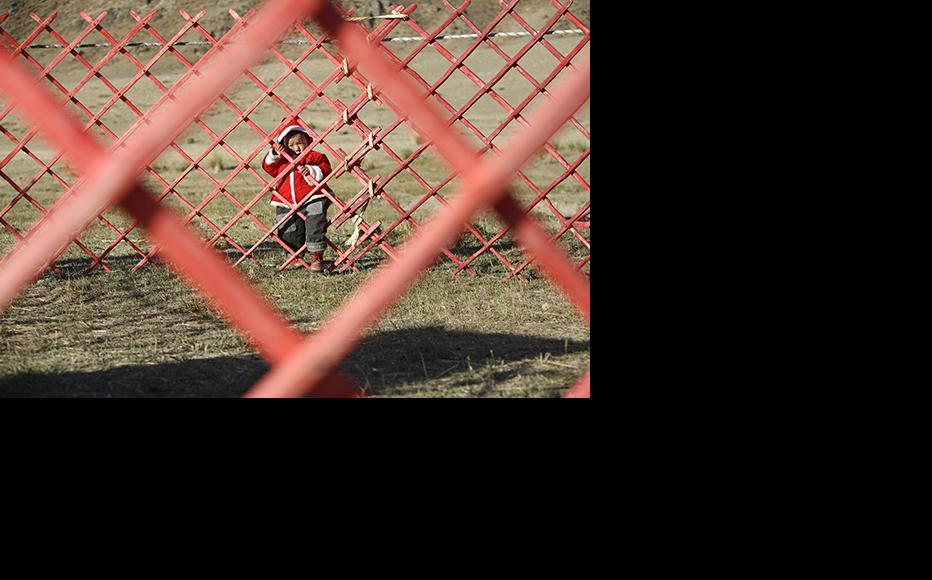 A Kazak child plays outside of the frame of a yurt. (Photo: China Photos/Getty Images)
The link has been copied

But then in 2013, the authorities began to crack down on minority groups, including ethnic Kazaks.

“Once, when we entered the mosque, they recorded our ID data,” explained Aben, a 38-year-old mother-of-three. “Later on, we learned they were preparing something terrible. They blackmailed workers and retired people saying they would not receive their salaries and pensions if they keep attending the mosque. They prohibited young people from entering the mosque. That was how the policy started,” she told IWPR.

The local Uygur school was closed down, followed by the Kazak school.  “Kazak children started to attend Chinese schools, where they were prohibited to speak Kazak and were ordered to speak only Chinese,” she continued. “We worried about the future of our children. The question that concerned us very much was what would be with the succeeding generations if they destroy our religion, our language.”

As part of the crackdown, China began to send huge numbers of Muslims to internment camps which the regime describes as “political education centres”.

In August 2016, Aben and her family decided to move to Kazakstan. She and her children received Kazak passports, and although her husband was refused citizenship due to some technical issues, all were allowed to stay.

However, her troubles were far from over, as she described prejudice from native-born Kazaks and further difficulties reuniting the rest of her family.

An estimated 1.25 million ethnic Kazaks live in China, the result of a migration that began in the seventeenth and eighteenth centuries.

But Beijing’s crackdown on Muslim minorities has meant that tens of thousands have been detained. Others, like Aben and her family, have taken the decision to move to their historic homeland.

According to the Kazak ministry of labour and social protection, 1,552 people from China received the status of oralman, an ethnic Kazak who has returned to their historical homeland, in the first six months of 2019.

On March 4 this year, Kazak foreign minister Beibut Atamkulov announced that the number of ethnic Kazaks in China’s camps had fallen by 80 per cent and that the process of leaving for Kazakstan had been simplified.

“In 2018, about 2,500 ethnic Kazaks received visas to go to their homeland,” Atamkulov told parliament.

According to Human Rights Watch, those who have relatives abroad, especially in one of 26 countries deemed sensitive including Kazakstan, Turkey and Indonesia, are frequently the target of the authorities. Practicing Muslims are also at risk.

“They detained even imams who performed their activities with the permission of the state,” explained Aina Shormanbaeva, head of the International Legal Initiative Public Fund. “Although these people have never been against the state and have not committed any crimes. But because they served as mullahs, they were sentenced, according to some sources, to 10-15 years in prison. Some mullahs were beaten to death in prison.”

Those who leave are often regarded as traitors by the Chinese authorities. In September 2017, Aben’s husband went back to Xinjiang for his brother’s funeral and promptly disappeared. Aben later learned that he had been detained and ordered to obtain a divorce because his wife had changed her citizenship.

“In July 2018, they allowed him to contact me for this purpose. He said he was getting divorced without explaining the reasons. I was not ready for the divorce, so I refused to. I felt something was wrong,” the woman recalled.

Aben filed complaints to the Kazak parliament, foreign ministry and even to the president, asking for help to reunite her family.

He was finally released and returned to her in February this year.

“His health had deteriorated – because of constant beatings and tortures, he cannot hear, his kidneys are damaged, his liver and heart have enlarged, his stomach was infected. He was threatened not to tell anything to his family about what happened to him. He was threatened so much,” she said.

Kazakstan’s political and economic reliance on China has made the situation tricky to deal with. Last December, the Chinese authorities invited 12 foreign diplomats to tour the so-called re-education camps, including an advisor to the Kazak ambassador, Manarbek Kabaziev.

He told Chinese TV channel CCTV that he had received a favourable impression of the camps, where he said the Chinese government looked after its citizens and helped them learn new skills.

Shormanbaeva said that despite such public statements, Kazak officials were working behind the scenes to help detainees.

“Of course, in their responses, the foreign ministry said it doesn’t have the right to interfere in the domestic affairs of China, but according to the principles of humanity and family unity, they nevertheless send diplomatic notes to the Chinese party, negotiate and a few months later the issue gets resolved,” she said. “Some prisoners are confined to house arrest, and then released and allowed to go to Kazakstan. Although we have not yet heard the official clear position about these camps, there’s invisible work done.”

Indeed, Aben recently received a response from the Kazak foreign ministry reassuring her that they would help reunite her with her mother. Aben said that she had been taken to a camp in April 2018.

“She is 70 years old and despite her age, she was detained in the camp for traveling to Kazakstan and for reading the namaz [prayers]. However, they provided no official documents of sending her for political re-education. I found out about [the detention] 16 days later. I didn’t know anything about her situation. Other people told me some scarce information. In July of that year, she underwent surgery on her gallbladder. And 15 days after the treatment, she was returned to the camp,” Aben said.

A few months later, her younger brother Yerbolat took his own life.

“On the day of Yerbolat’s death, my mother was allowed to say goodbye to him and was released for only six hours. She was not even allowed to say goodbye to her son in a normal way. Then she was again locked up in the camp. Her condition after the surgery and constant interrogations and conditions of detention got worse. In September, she was sent to hospital, and could not walk. But soon she was sent back to the camp,” Aben said.

In December 2018, she was told her mother had been released but confined to home arrest.

“She is sick and there’s no one to take care of her. Mum wants to come here to us, but they don’t let her out and don’t give her documents back to her.  One of the reasons is to keep her silent about what she went through in the camp,” Aben said.

And life back in Kazakstan has also not been easy.

According to the Atazhurt Yeriktileri organisation, which works to help ethnic Kazaks in China, Kazakstan has no legal obligation to provide housing, jobs or benefits to these returnees. Ethnic Kazaks can receive their Chinese pensions, this is a lengthy bureaucratic process.

In August, ex-president Nursultan Nazarbayev called on Kazak returnees to abandon their “welfare” mentality, according to the Zakon.kz website.

“Now they declare some 30-year-old slogans, ‘Pay me as I have many children, pay me as my salary is low.’  What were you thinking about? These are your own problems. You didn’t ask the state for advice back then,” Nazarbayev was quoted as saying.

The state does allocate funds for returnees who settle in the historically underpopulated and deprived northern regions of the country. According to Atazhurt Yeriktileri, oralmans who settle there get a single payment of 86,000 tenge (223 US dollars) towards housing for each family member in the first year.

Nevertheless, most returnees settle in the Almaty region, as did Aben, whose family now lives in the village of Karabulak to be closer to relatives.

“We didn’t receive [any aid], and we never asked for it,” she said. “The only thing that we receive is a small disability benefit for our youngest child, since this February. We purchased a land plot at our own expense and built a house, but our documents are not ready and we cannot move there. So, we live with my husband’s relatives so far,” she said.

Aben, who has occasional work as a dishwasher, is the family breadwinner as her husband cannot work due to health problems.

“Now we have some domestic problems,” she said. “But we are not being a burden to the state.”

Bagdat Asylbek is an IWPR-trained journalist in Almaty.

Giving Voice, Driving Change - from the Borderland to the Steppes
Kazakstan, China
Detentions, Regime, Human rights
Connect with us