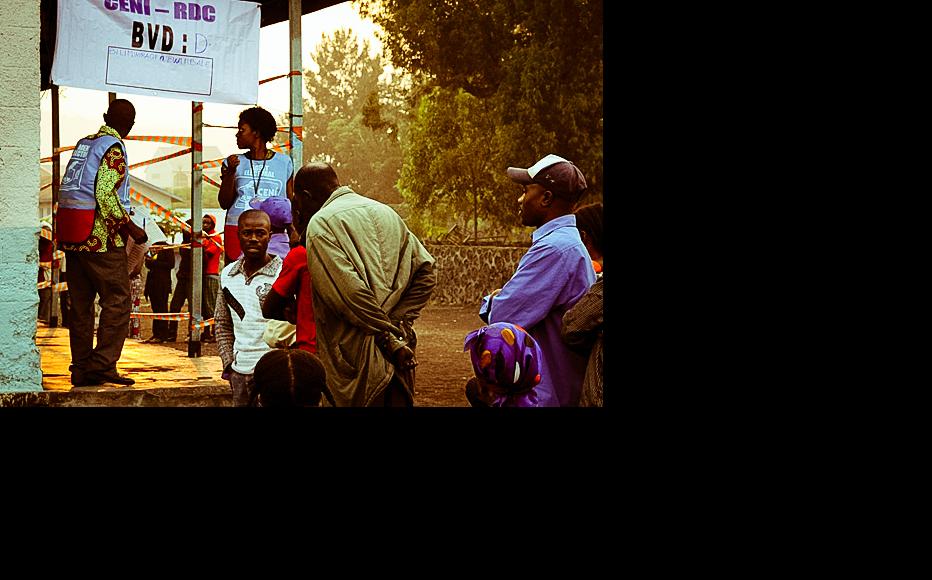 People have been waiting to vote since 5.30 in the morning at one of the main polling stations in Goma, located at the Faraja Institute. (Photo: Mélanie Gouby) 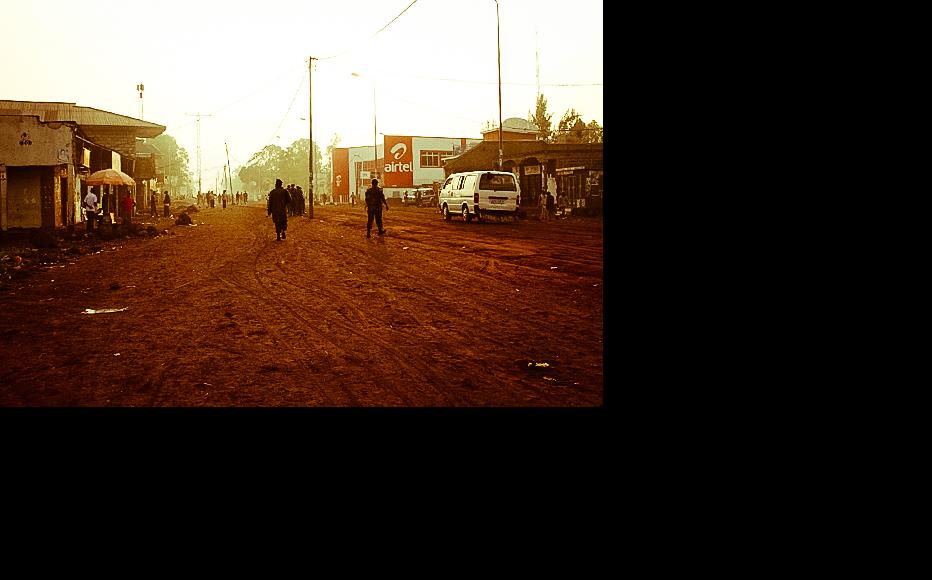 As voters flock to polling stations, the streets are otherwise empty in Goma. (Photo: Mélanie Gouby) 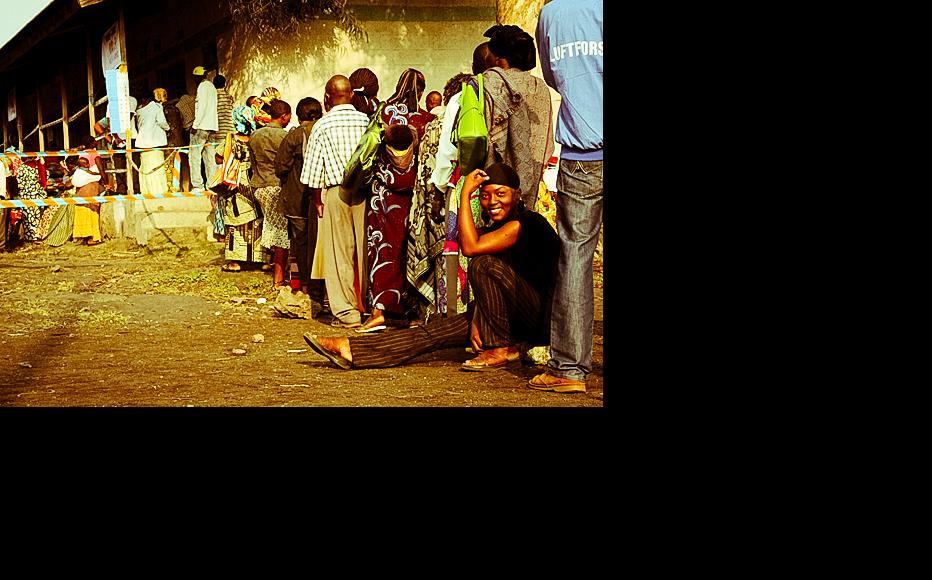 Although people have waited for hours, their enthusiasm is undiminished. (Photo: Mélanie Gouby) 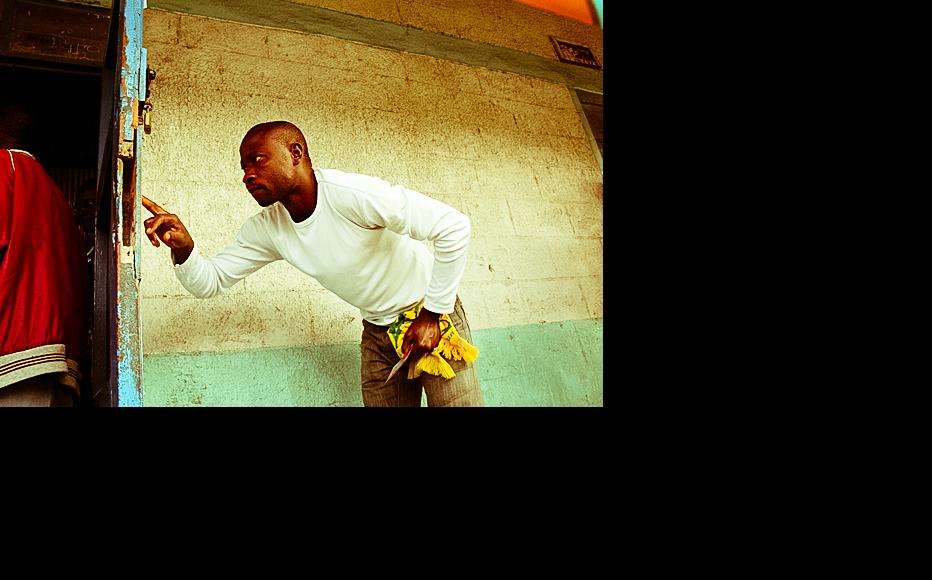 Many voters were unable to find their names on the lists posted up at polling stations. Although the national electoral body said people with voting cards could cast their ballot even if they were not on the list, many gave up or were turned away by staff. (Photo: Mélanie Gouby) 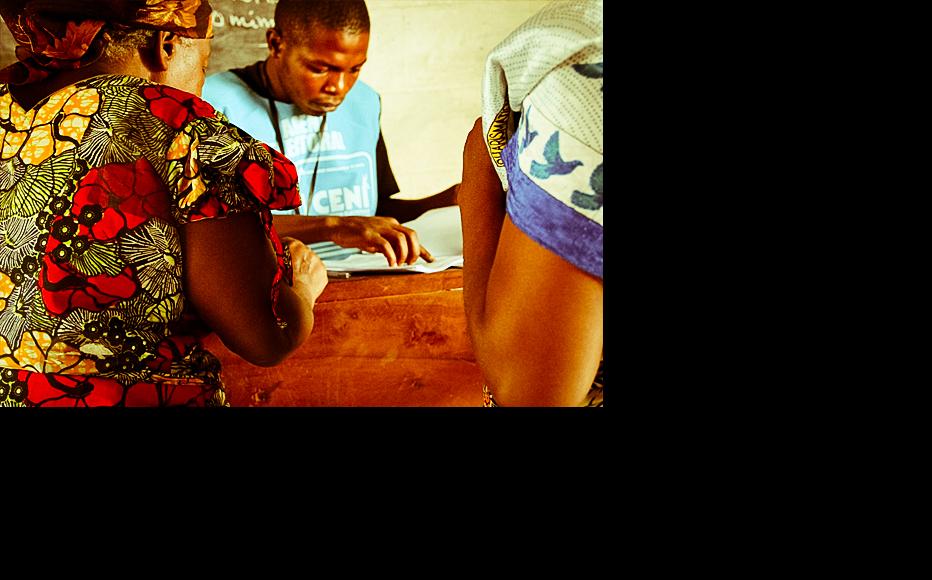 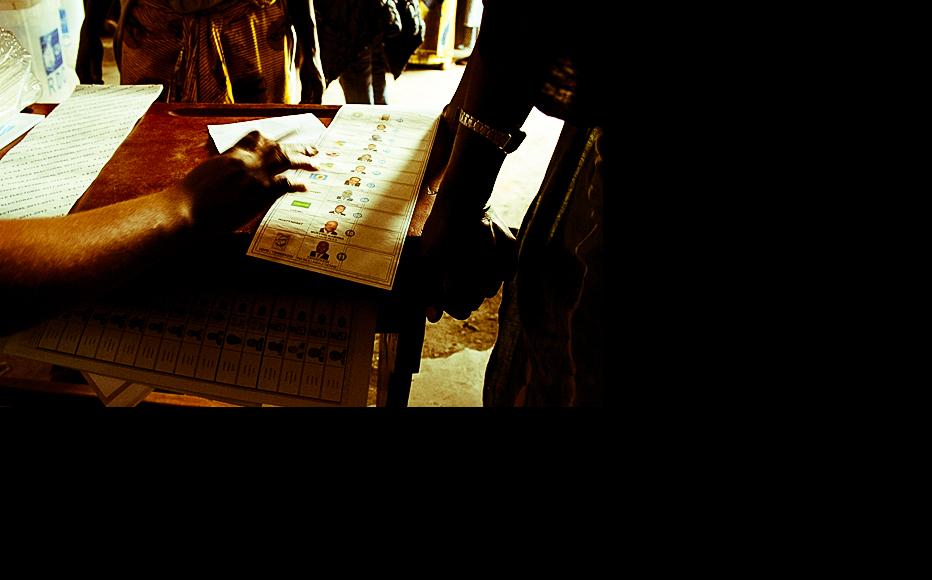 There are 11 candidates running for president. The incumbent Joseph Kabila is tipped to win the elections, but Vital Kamerhe is a very popular in North and South Kivu, formerly Kabila strongholds. (Photo: Mélanie Gouby) 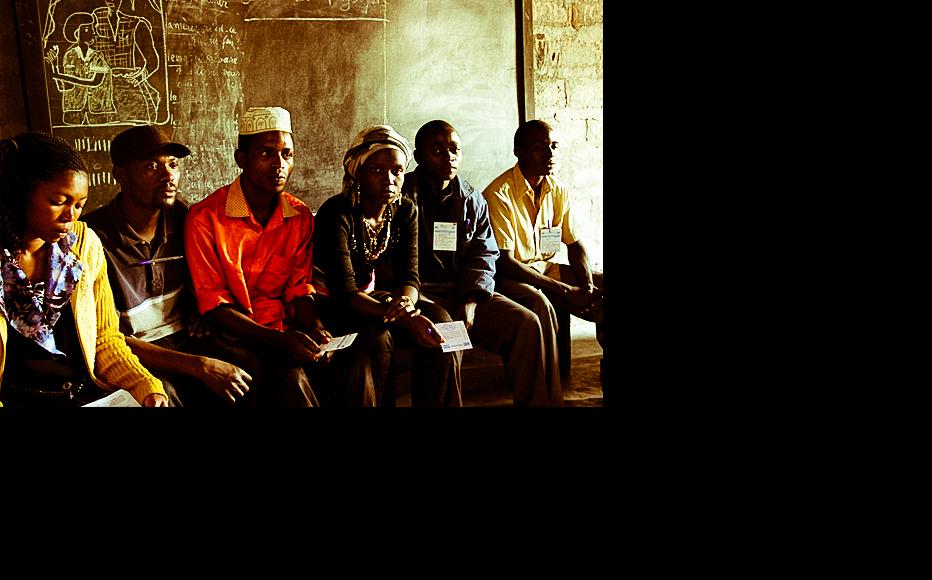 Political parties competing in the parliamentary election deployed their own election monitors, but with so many in the race, not everyone could be allowed into polling stations at the same time. Instead, they had to take turns, which led to concerns about the transparency of the elections. (Photo: Mélanie Gouby) 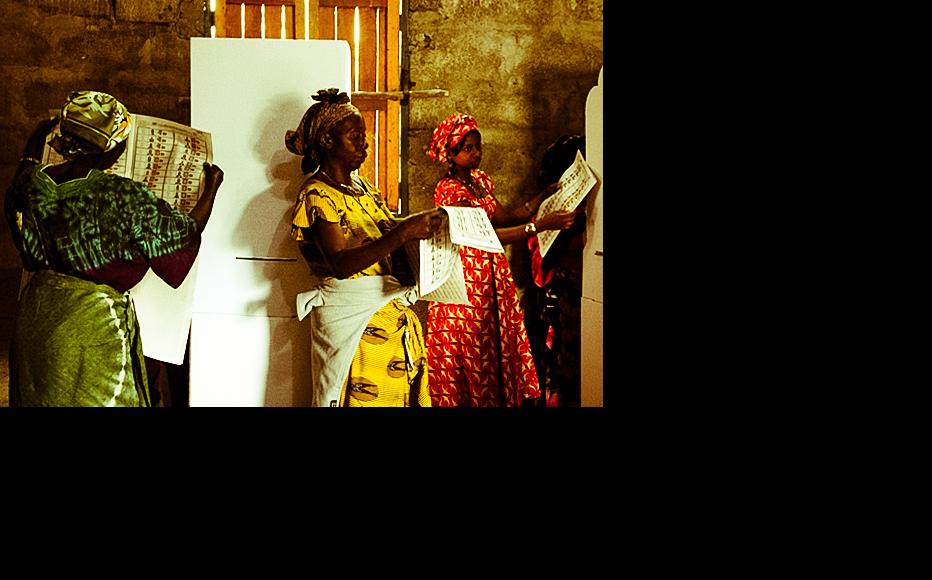 The long list of choices on the ballot papers for the parliamentarian elections made it hard for voters to pick out their favourites. "I feel like I am reading the Bible," one voter said. (Photo: Mélanie Gouby) 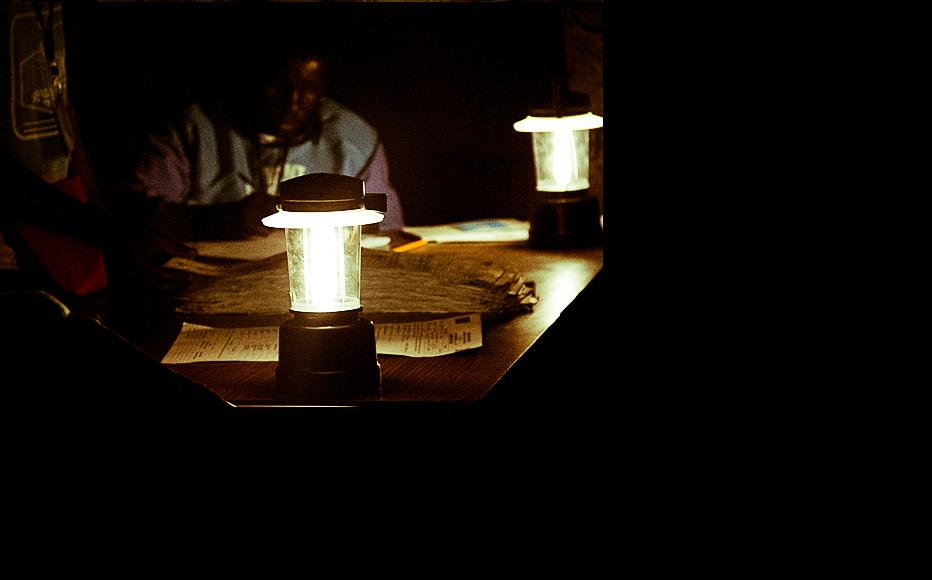 The count started at eight in the evening at the Faraja Institute polling station, where no irregularities were recorded. (Photo: Mélanie Gouby) 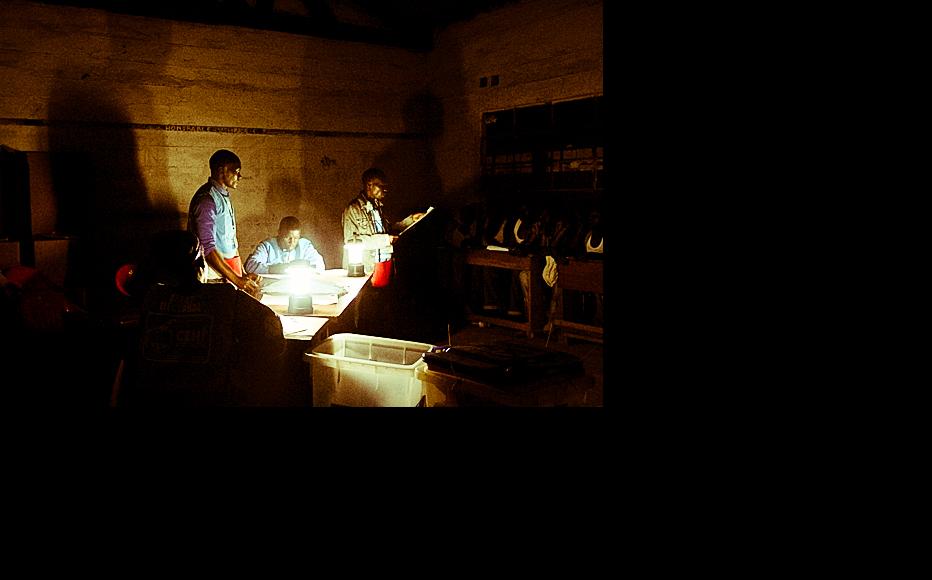 The count was conducted out loud in the presence of election observers. (Photo: Mélanie Gouby) 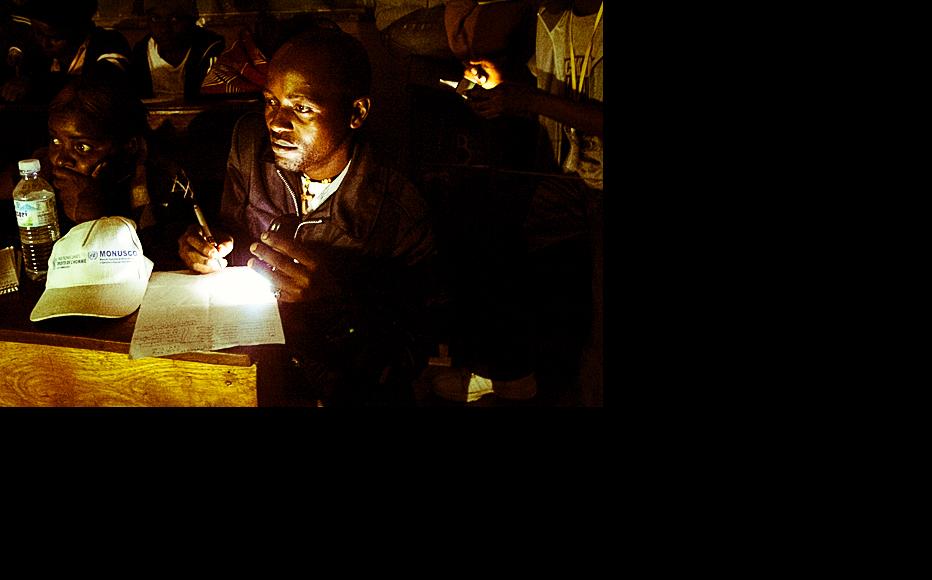 Election monitors used torchlight to note down results as night had already fallen. (Photo: Mélanie Gouby)
The link has been copied

After month of laborious preparations, polling stations opened in the Democrat Republic of Congo, DRC, on November 28.

Across the country, 32 million voters were eligible to take part in joint presidential and parliamentary elections, the second to take place since the end of DRC’s long and bloody civil war.

While some parts of the country including the capital Kinshasa were hit by violence on election day, the eastern province of North Kivu was largely quiet.

Twenty-five journalists reporting for IWPR across North and South Kivu noted numerous irregularities and problems. There were clear instances of disorganisation, with voters unable to find their name on electoral lists, and ballot materials failing to arrive at a number of polling stations.

Observers deployed by the numerous political parties were unable to monitor the vote continuously, since only ten were allowed into polling stations at any one time.

Voters who were illiterate or blind were often accompanied into the voting booth by election monitors, raising questions about how just free their choice would be.

In Masisi, an area close to Goma, the main city in North Kivu, IWPR reporters gathered testimony about people being intimidated into voting for the incumbent president Joseph Kabila.

As election day drew to a close, many people had not yet had a chance to vote and were turned away. Several polling stations remained open past the official closing time, and those that had been unable to function at all opened on November 29 instead, even as early results started coming out.

The official result of the presidential election will be announced on December 6.