Egypt: No Country for Old Generals

Egypt: No Country for Old Generals 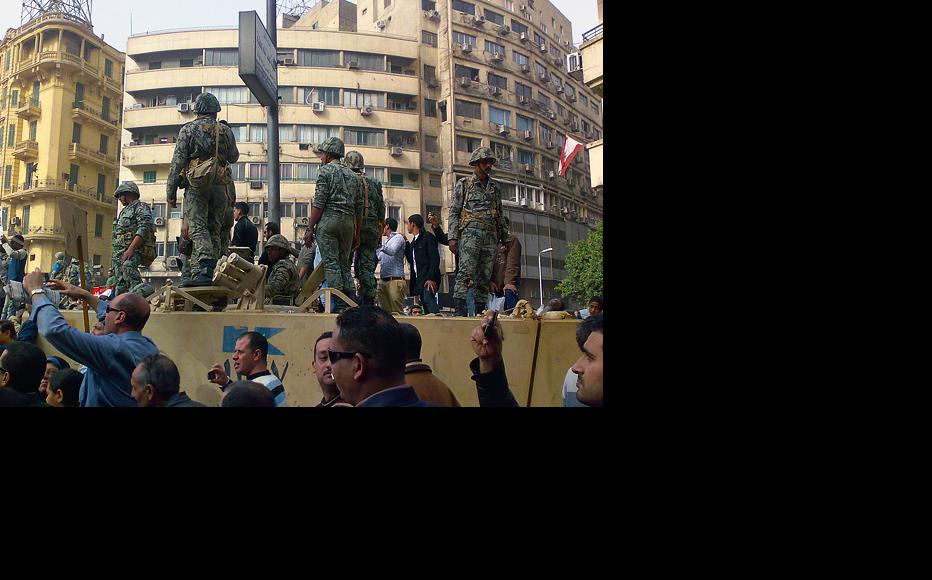 By the time President Mubarak was forced from office, the Egyptian army had won a lot of public support. But its commanders will have to realise that the country is a changed place where emergency laws should no longer apply. (Photo: Ranveig Thattai)
The link has been copied

The military leadership currently running Egypt is sending out mixed and troubling signals.

Foremost among them are its continued failure to suspend the state of emergency which has been in place almost continuously since 1967. In the past, emergency laws were used to censor free speech, arrest opposition figures, and allow the police and security agencies to act with impunity.

Under emergency rule, military tribunals also had powers to try civilians in closed sessions, without due process.

The urgency of scrapping the state of emergency could hardly have been demonstrated more graphically when, last week, the Supreme Military Court sentenced an Egyptian protester to five years in prison, in a session lasting only a few short days.

Witnesses and fellow protesters were outraged, arguing that the charges against Amr Abdallah Elbihiry – of assaulting a public official and breaching the curfew – were false.

Human rights activists are convinced that Elbihiry’s real crime was to be protesting at a time when the army wanted to curtail demonstrations.

“It takes them weeks, months, even years to try the criminals, murderers, and money launderers from the regime, yet this young man gets indicted in less than a week,” one outraged activist complained.

Human rights groups have demanded Elbihiry’s immediate release and a retrial before a civilian court. They are also voicing concern over hundreds of other trials which they say have taken place since the Egyptian revolution broke out on January 25.

Protesters and many other Egyptians, too, are troubled by the army’s apparent will to stifle protest. They see this as a breach of the good faith the military professes, and a contradiction of its claim to recognise that people were making legitimate demands during the revolution.

The army’s decision, shortly after Mubarak’s enforced resignation, to clear protestors from Tahrir Square, the epicentre of the revolution, may indeed have been motivated by a desire to return the country to normality. Similarly, its calls to workers to end strikes and return may stem from worries about the impact the revolution was having on the Egyptian economy.

However, the army has done little to reassure the public or meet the demands made by the protesters. Rather, its actions have only succeeded in ensuring that protests will drag on far longer than necessary, as demonstrated by the mass rallies that have taken place on a weekly basis since the army took effective control of the country.

At the same time, there have been some promising signs of the continuing momentum of the revolution, such as the March 4 resignation of Prime Minister Ahmed Shafiq, a man appointed by ex-president Hosni Mubarak.

The final nail in the coffin for Shafiq’s political career came in a heated televised debate with prominent opposition figures, during which this one-time air force chief and aviation minister proved that he was out of touch with the popular mood and the new realities of Egypt.

Not only did Shafiq persist in claiming that he did not know who was behind the violence perpetrated by Mubarak loyalists on what has become known as “Bloody Wednesday”, he also defended the need to keep in place, albeit in altered form, the state security apparatus that is so widely reviled by Egyptians.

His replacement as prime minister, the respected academic Essam Sharaf, also served as a minister under Mubarak for a time, but resigned in disgust at the corruption surrounding him. Sharaf took part in the revolution and was among the names that the opposition put forward as an acceptable interim premier.

Protesters have also been gratified by many of the proposed amendments to the constitution which will be voted on in a referendum on March 19, and which are intended to facilitate free elections until such time as a new parliament drafts a permanent constitution.

Nevertheless, a number of unresolved issues remain, including the excessive powers granted to the president, which the amendments leave untouched.

Although the army still commands a great deal of respect among the population, it may be misreading the situation. Like the Mubarak regime before it, although to a lesser degree, it underestimates the will and determination of the people, and their newfound confidence that they alone can and will build the Egypt of tomorrow.

The military does not appear to have a single cohesive approach. There is the conservative old guard, especially within the army’s high command, represented by the commander-in-chief, Field-Marshal Mohamed Hussein Tantawi. This grouping seems convinced that procrastination coupled with some superficial changes is going to be enough to appease the public.

Then there are the pragmatists, such as the army’s second-in-command and chief-of-staff Sami Hafez Anan, who appear to realise that the game is up and that Egyptians will no longer tolerate a politicised army.

But especially among middle-ranking officers and ordinary soldiers, there are those who actually believe in and support the revolution, and hence wish to engineer the swiftest possible transition to democratic civilian rule.

Those within this camp are, as the weathered expression has it, on the right side of history, and the rest of the army would do well to fall in line with them, if it wants to avoid squandering the affection and respect it has earned thus far in the revolution.

One immediate and easy way of boosting public confidence would be to annul the state of emergency, used to unfairly punish and even kill untold numbers of Egyptians over the years. It is disingenuous for the army to argue, as it has done so far, that it will abolish the law once the situation stabilises.

One of the reasons that life has not returned to normal is precisely because annulling the emergency laws is one of the most fundamental, core demands of the revolution. The continued misuse of these laws, as in Elbihiry’s case, will only serve to further feed the cycle of dissatisfaction and protest.

Post-revolutionary Egypt cannot continue with a state of emergency in place. What is needed instead is a state of freedom, dignity, equality and opportunity for all citizens. And the sooner the army comprehends this political reality, the better it will be for everyone.

The Arab Spring
Egypt
Rule of Law
Connect with us