Drained by Iraq, Revived by Mecca

An Iraqi journalist finds renewal on a pilgrimage as his country struggles on without a government.

Drained by Iraq, Revived by Mecca

An Iraqi journalist finds renewal on a pilgrimage as his country struggles on without a government. 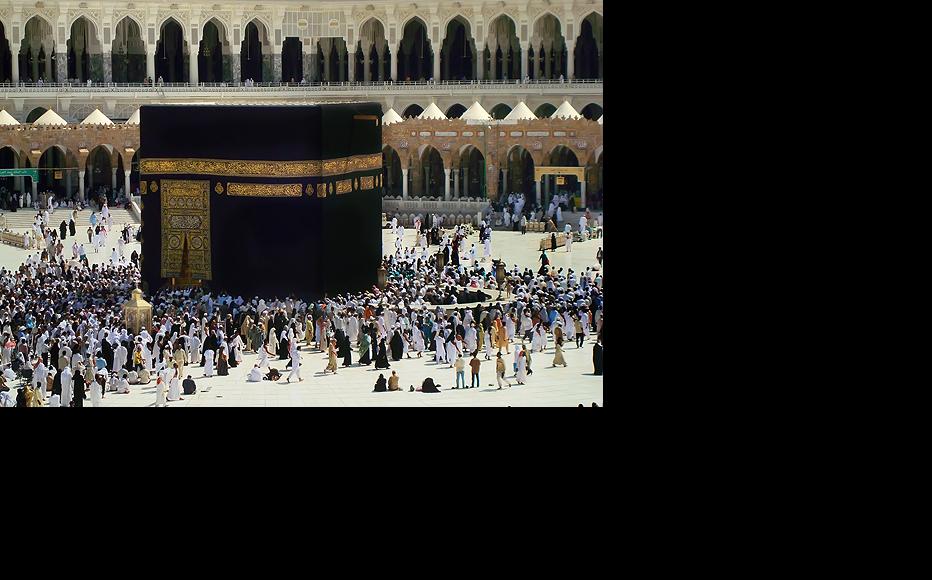 The pilgrimage to Mecca is considered to be one of the holiest obligations for a Muslim. (Photo: Deendotsg/Flickr)
The link has been copied

As the plane took off from Baghdad, the pilgrims closed their eyes and bowed their heads in prayer.

It seemed as if becoming airborne had already brought us within range of our destination, the Grand Mosque of Mecca.

Back on the ground, the chaos of the airport had suppressed any sense of an auspicious departure.

What should have been a one-hour wait before boarding had turned into a bitter six-hour delay.

Our group, numbering some 40 pilgrims, was enclosed in a glass terminal building overlooking the runway. Outside sat the ugly, ageing aircraft that was supposed to take us away.

The reason for the delay, we were told, was a flat tyre. “Did you call a mechanic,” a pilgrim joked.

Three times the airline representatives announced the plane was ready; three times it turned out to be a false alarm.

Each time, passengers who had rushed to the gate hoping to be the first to board would come back infuriated, to find their seats in the lounge had been taken.

Many lit up cigarettes, ignoring constant reminders over the public address system that smoking was prohibited. After a few hours, the electricity went off.

Passengers who needed to leave the waiting area to use the toilets or the cafeteria had to hand in their passports. Only a few of them were searched when they re-entered the lounge. I guess they looked too old to pose a security threat.

Somehow, we had imagined that the problems of the rest of Iraq might not apply to us, pilgrims on a holy mission. How wrong we were.

This is after all a country in limbo, whose politicians are still arguing over an election last March that was meant to heal the wounds of sectarian conflict.

If our leaders need at least five months to change a government, who can blame our airlines for taking six hours to change a tyre?

When the plane was finally ready to admit us, a crowd formed at the narrow gate. Elderly women in black robes called loudly to be let in, as if worried there would not be enough seats for everyone.

It occurred to me that these women belonged to an entire generation of Iraqis whose movements had been curtailed by conflict and sanctions.

Once the citizens of a prosperous nation, their passports had probably not seen a single foreign visa since 1980 – the year Saddam Hussein embarked on the first of his three wars. Their eagerness to leave was understandable.

I cast a final look to where we had spent so long waiting – a wasteland of leftover food and the carpets stained by spilt drinks. It seemed as though a storm had passed through the departure lounge.

I was the youngest of the group of pilgrims, most of whom were Baghdadis in their sixties. My youth meant I was immediately recruited into carrying other people’s bags.

Aboard the aircraft, the Shias and the Sunnis sat apart, reflecting the divisions on the ground between their sects.

But as we took off, everyone was united in prayer, “Blessings on the Prophet Mohammed and on his family.”

Our journey to Mecca was a shortened form of Hajj, or holy pilgrimage, which is known as the Umrah.

I first performed the Umrah in 2004, when my country was locked in a vicious insurgency against the United States’ military. The conflict was covered closely by the Arab media and Iraqis were seen across much of the Islamic world as heroes or noble victims.

Although nationality and ethnicity lose much of their significance when one is a pilgrim, an Iraqi visiting Mecca in 2004 was apt to be regarded as something of a living legend.

Upon hearing we were Iraqis, we would often be asked whether we were from Fallujah, which had become an emblem of the resistance against the Americans. A Baghdadi friend of mine gave in to temptation and started telling strangers he was from the formerly besieged city, which made him an instant star.

I recall noticing an elderly man looking at me with interest as I queued for my ablutions before the dawn prayer. His beard was dyed red with henna, and he wore a white turban and the long tunic and trousers that one associates with Afghans or Pakistanis. His face was heavily lined yet his eyes had a certain spark.

It was a particularly busy time at the mosque and I thought the old man might be hoping I would offer him my place in the queue. Instead, he pointed at me inquisitively, as if to ask, “Where are you from?”

I responded by asking him in English where he was from. Pakistan, he replied. I told him I was from Iraq.

The expression on his face changed to one of profound sadness. He took my shoulders in his coarse hands and embraced me tightly. “May God protect you,” he said, sobbing. At the time, I remember thinking that only in Mecca could I have had such an intense encounter with a stranger.

Iraq is no longer as dangerous as it was then and its conflict holds less interest for outsiders.

On the latest visit to Mecca, my compatriots spent a lot of time in their hotel rooms, smoking and obsessively discussing the political deadlock back home. They also seemed to take longer shopping for gifts for their relatives than they did observing the religious rituals.

As a group, the Iraqis seemed more diverse than other nationalities. Our ranks included both Sunnis and Shia, and we were both more gregarious and argumentative than others.

In the midst of the Umrah, several pilgrims decided they would no longer follow the tour guide who had booked our trip as they were not happy with his manner.

One of the pilgrims said we should vote to replace him. I am not sure whether he was joking or not, but I saw immediately an analogy with the political stalemate back home and our leaders’ inability to agree on a government.

We spent several days in the holy city of Medina before travelling to Mecca, for the climax of our visit. I arrived at sunset at my hotel, a few hundred metres from the Grand Mosque.

My room was on the twelfth floor. The skyline was filled with tall buildings and I imagined hundreds of pilgrims looking at the mosque from their windows, awestruck like me.

The hotel elevator was crowded with pilgrims, all dressed in the white robes required by tradition. I saw faces from East Asia, India, Africa, the Middle East and Europe. Then I caught sight of myself in a mirror and realised how easily I blended into the group.

Whether I liked it or not, I no longer existed as an Iraqi.

The silence in the elevator was charged. Everyone seemed to be thinking of the same thing: the moment when they would first set eyes on the mosque and on the holy Kaaba at its heart.

At one of many gates, we removed our sandals. My companions from the elevator were swallowed up in a fresh tide of pilgrims.

I entered the mosque as a vulnerable man, wearing a modest piece of cloth, barefoot and with no belongings whatsoever. Yet I have never felt stronger.

Praying with hundreds of thousands of Muslims, I felt like an atom – insignificant yet indestructible.

At the barber’s shop, I had my head shaved, as part of the ritual of the Umrah. Looking in the mirror, I saw only a man swathed in white cloth.

At some point, I dropped my mobile phone in a puddle and lost all the data on it. This I knew was the symbol of a fresh beginning. I came back to Iraq, a new man.