Demographics of Bosnian War Set Out

Bosniak population fell by more than 50 per cent in municipalities cited in Karadzic indictment.

Demographics of Bosnian War Set Out

Bosniak population fell by more than 50 per cent in municipalities cited in Karadzic indictment. 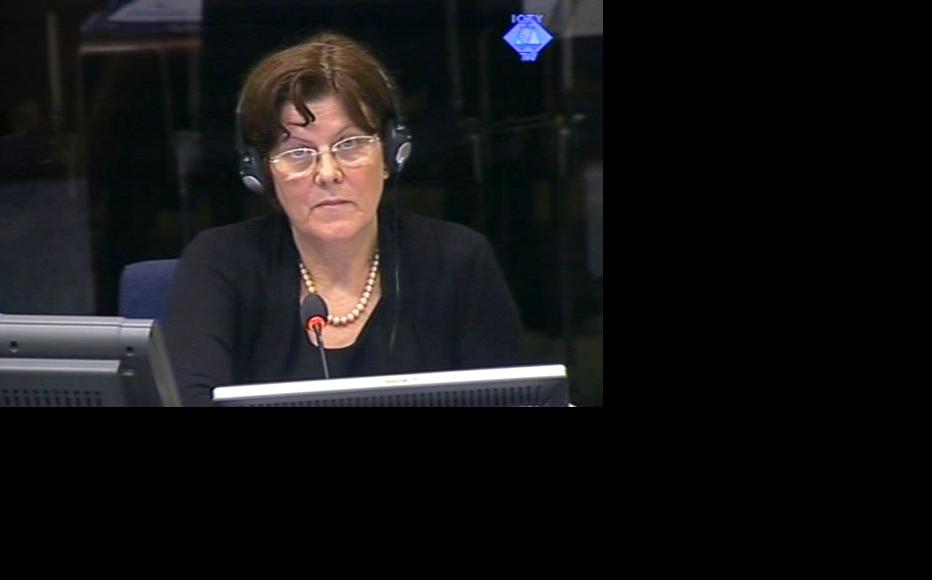 Polish demographer Ewa Tabeau in the ICTY courtroom. (Photo: ICTY)
The link has been copied

The trial of former Bosnian Serb president Radovan Karadzic continued this week with testimony from an expert prosecution witness who described the large-scale population shifts that resulted from the 1992-95 war in Bosnia.

Polish demographer Ewa Tabeau has written at length about the war’s demographic effects, and has testified in several trials at the Hague tribunal.

In court this week, she described large declines in the Muslim population across the 27 Bosnian municipalities listed in the indictment against Karadzic.

The prosecution alleges that Karadzic, who was president of Republika Srpska, RS, from 1992 to 1996, is responsible for crimes of genocide, persecution, extermination, murder and forcible transfer, committed across the municipalities, which “contributed to achieving the objective of the permanent removal of Bosnian Muslims and Bosnian Croats from Bosnian Serb-claimed territory”.

This includes the planning and overseeing of crimes such as the Srebrenica genocide in July 1995, in which some 8,000 Bosnian Muslim men and boys were killed, and the 1992-95 siege of Sarajevo.

Tabeau used the northern Bosnian municipality of Prijedor as an example of dramatic demographic change.

She said the percentage of Muslims in the municipality’s population dropped from 42.6 per cent before the war to just one per cent in 1997. In the same period, she said, Prijedor’s Serb population swelled from 43 per cent to 89 per cent of the total.

Tabeau also revealed the latest data on the number of Bosniak men and boys killed after the fall of the eastern Bosnian enclaves of Srebrenica and Zepa in the summer of 1995.

“The total number of those killed after the takeover of Srebrenica and Zepa was 8,021," she said, adding that this figure reflected research from 2011.

The death toll in Zepa was 116, and the rest died at Srebrenica.

Of the human remains exhumed from mass graves around Srebrenica, 6,241 individuals have been identified using DNA analysis, she said.

Turning to the siege of Sarajevo, Tabeau said that in many cases, “more civilians were killed every day than soldiers, which made us conclude that civilians were systemically targeted".

Karadzic, who is representing himself in court, contested Tabeau’s findings during cross-examination.

He said there were two key flaws in her work, “first, the number of Serb victims was ignored; and second, persons who are still alive and well were also included in the lists as missing persons".

He disputed that Sarajevo was in a state of siege, “because there was a tunnel underneath the airport, and there was frequent traffic of all sorts in that tunnel".

When Karadzic asked Tabeau to identify more of her postwar sources, she said electoral lists from 1997 and 1998 had been compared with the 1991 census.

"This is ridiculous," Karadzic replied. "It's like adding apples and pears. You can't really expect to compare the two in a statistically relevant way."

"It would have been excellent had I had a post-war census," Tabeau answered, "but the electoral lists proved to be relevant and reliable sources as well."

The trial will hear testimony from two more witnesses before the prosecution rests its case. Prosecutors started presenting evidence in April 2010 and the defence will begin making its case on October 16, 2012.

Karadzic was arrested in Belgrade in July 2008.

Velma Šarić is an IWPR-trained reporter in Sarajevo.

[Correction: removing wrong reference to 8,005 at Srebrenica, and inaccurate percentage for those exhumed.]