The Decline of Afghanistan's Manufacturing Heart

Industrialists say that ongoing losses will prove hard to reverse.

The Decline of Afghanistan's Manufacturing Heart

Industrialists say that ongoing losses will prove hard to reverse. 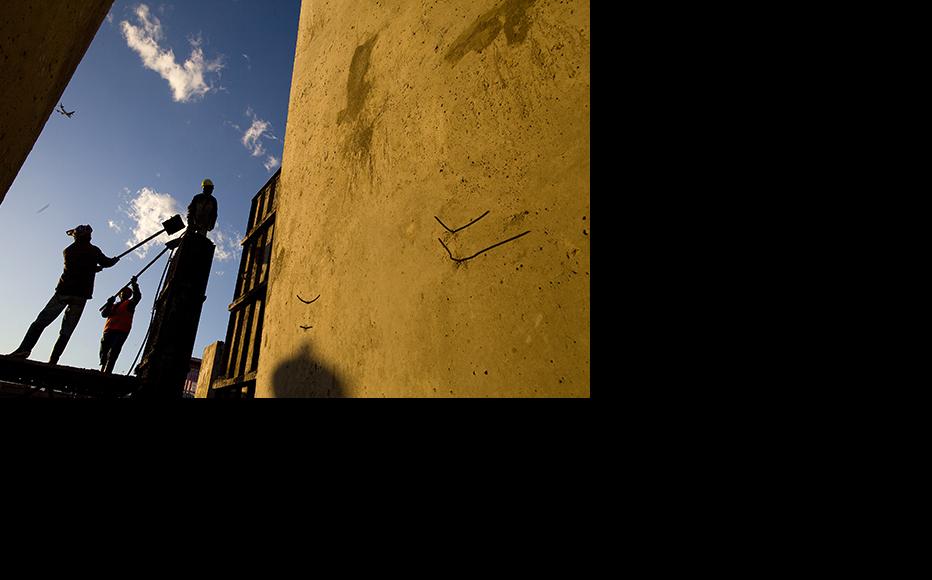 Factory owners in the north-eastern province of Baghlan are warning that production in this former industrial centre will continue to plummet without serious government assistance.

The provincial capital Pul-e Khomri was once home to thriving textile, sugar and cement industries. Local business leaders warn that a combination of poor investment and the ongoing insurgency meant that losses were proving hard to reverse.

When the Afghan Pul-e Khomri Textile Factory was founded 70 years ago, it had 7,000 employees housed in a purpose-built village of 1,000 homes.

Its director Haji Ghulam Qadir said that the factory now had just 400 workers, but income from sales was barely enough to cover their salaries.

“The factory now faces being shut down as its products just don’t sell,” Qadir said.

“I have been working at this factory for the past 45 years,” said veteran employee Mohammad Zahir. “There used to be 550 knitting machines at this factory in the early days, but there are only 60 active now, producing 600 metres of white fabric every day.”

An important source of revenue for the plant is its own hydroelectric plant which also supplies water and electricity to the whole of the local area.

“The only income for this factory comes from the hydroelectric dam which produces power that local people pay for,” Qadir continued, explaining that even this was in peril.

“One of the gates of the dam was damaged by flooding two years ago and three other gates are also in disrepair,” he continued.

The Ghori Cement Factory, the largest of its kind in the country, was also once a local economic powerhouse.

Originally built by a Czech construction company more than 50 years ago, the factory – which has two separate plants - was privatised in 2006.

Although cement is so bulky to transport that it is generally produced domestically, cheap imports from Iran and Pakistan continue to flood the country.

The market has also been affected by the exit of the international forces in 2014, after which demand for building supplies fell dramatically.

Maruf Sarwari is the managing director of the Afghan Cement Company, which recently took over both of the Ghori cement plants.

He said that although they had the capacity to supply enough high-quality cement to satisfy all domestic needs, they were not only threatened by cheap imports of Pakistani cement but also hampered by an erratic power supply.

Although Baghdis is believed to have extensive reserves of coal, it has been hard to ensure a consistent supply from local mines to power the plant’s machinery.

Sarwari explained that this lack of coal had slowed down production, arguing that investment in energy resources would have a knock-on effect across the country.

“The more we increase the number of hydroelectric dams in the country, the more we will be able to extract our coal, so the price of the cement we produce will also fall,” Sarwari continued. “This will also significantly boost the market for cement in Afghanistan.”

“We have to export the coal that we extract from the mines of Karakar, Nahrin, Dara-e Souf and Ash Pushta in order to boost state revenue,” he said.

Out of all the main industries in the province, the Baghlan Sugar Factory, which was Afghanistan’s first enterprise of this kind when it was founded in 1940 with German investment, is doing relatively well.

Its director Ghulam Sakhi Sakhizada said that each 50 kilogramme bag of sugar fetched a market price of 2,400 Afghani, and production was steadily rising.

“We have quadrupled the production of sugar and beet in the past two years. We are currently producing 40 to 45 tonnes of sugar every day which we regard as very positive,” he continued. We are making our best efforts in ever possible way to increase the production capacity of this factory to what it was in the past.”

But Sakhizada too said that state assistance would make an enormous difference to their output.

“If government decides to buy our sugar to supply the interior affairs ministry or other government departments and institutions, it would be a great help to us and the level of production would increase,” he concluded.

Mahmood Akmal, spokesman for the Baghlan governor, agreed that Pul-e Khomri was once known as an industrial centre but that lack of funds meant that factories were now facing closure. He said that diminishing financial support from the international community had also played a part in this downturn.

The provincial government argues that Kabul needs to increase Baghlan’s reconstruction budget for there to be a chance of reviving local industry.

Mohammad Noman Rasuli, a representative of the finance office of the provincial department of economy, said that the 20.7 million Afghanis (300,000 dollars) budget allocated to improving local manufacturing in Baghlan in 2017 was simply insufficient.

Abdul Aleem Mohammadi, an economic lecturer at economics faculty of Baghlan’s government university, said that there were multiple reasons for the ongoing downturn, including political instability and capital flight as well as corruption.

“The government has not encouraged the private sector to invest nor provided micro loans to investors, and the lack of support for investors in the face of the unfair, competitive policies of neighbouring countries, especially their dumping and pricing policies, are the main reasons for the fall in domestic production,” he continued.

Fundamentally, he said, the ongoing insurgency had inevitably taken a toll, adding, “As long as security isn’t ensured in a country, investors won’t put their money there.”