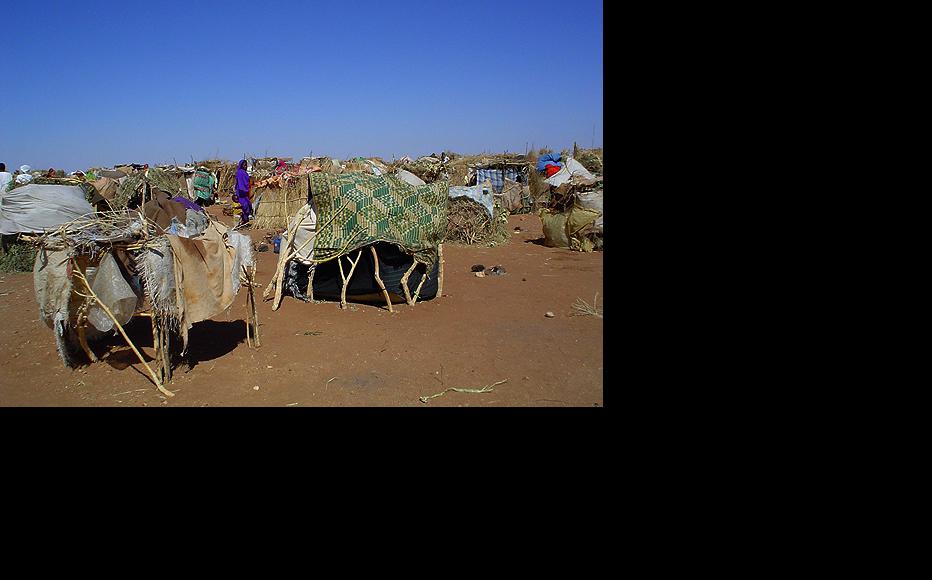 Growing calls for scrapping of emergency laws which have left six IDPs in prison for nearly a year without charge. (Photo: USAID)
The link has been copied

Nearly a year after their arrest, six Darfur residents continue to be held without charge in the main town in the north of the region, El Fasher.

Five men, including a chief from nearby Abu Shok displacement camp, are being held in Shalla jail, with one woman detained in Kheer Khanaga women’s prison.

Chief Umda Hussein Sago was arrested last August, along with 15 other internally displaced people, in connection with the murder of another camp chief and his wife.

Although the prosecutor in El Fasher dropped the charges because of a lack of evidence, the governor of North Darfur intervened and ordered that the suspects be detained under emergency laws. Some of the detainees have subsequently been released.

The detainees’ lawyer, Mohamed Salim Gadalla, said that holding the IDPs under emergency laws had deprived them of many of the rights they would ordinarily have.

Gadalla claimed that he had not been allowed to see the prisoners since November.

Some have gone on hunger strike to draw attention to their plight.

The mother of one detainee said, “I stopped eating for more than three days but I will not eat again for as long as a month unless I see my son.”

Emergency laws were imposed throughout Sudan in 1997 by president Omar al-Bashir.

They were lifted in most parts of the country in 2005 - when the comprehensive peace agreement was signed - but remained in place in Darfur because of the conflict in the region that began in 2003.

Gadalla says the emergency laws do not allow for a legal challenge to his clients’ detention, as it is not a court or the public prosecutor that has detained them.

Experts say this sort of detention conflicts with international treaties that Sudan has signed up to, such as the International Covenant on Civil and Political Rights.

“In the case of an emergency declaration, the president of the republic has the right to suspend some elements of the bill of rights in the constitution,” Khartoum lawyer Nabeel Adeeb told Radio Dabanga. “But he has no right to jeopardise basic rights, including the right of fair trial.”

Legal experts say one of the main problems is that there is no legal framework to hold the state governor to account and stop him from suppressing fundamental rights.

“[The governor] has the authority to preserve the security of the state and that authority uniquely lies with him,” said Ismail Kitir, a lawyer based in El Fasher. “All the governors use this authority the way they want, without restriction.”

Hafiz Alfa, spokesman for the governor, insisted that the detentions are being handled according to the law but would not comment further.

“The arrests and detentions and similar security issues are not issues that the government discusses,” said Alfa. “There are specialised authorities who are responsible following the cases of detainees, [deciding] whether to release them or put them on trial.”

Nabeel Adeeb says that since the right to a fair trial is enshrined in the 2005 interim constitution, one option would be to take the case to the constitutional court.

But others argue that the constitutional court is itself politicised and would take a long period of time to reach a decision, if it came to one at all.

“The problem with the constitutional court is that it takes months and months [to reach a decision],” said Hafiz Mohammed of the advocacy group Justice Africa. “If they have no legal grounds to reject [the case], they will just put it on hold.”

Some observers, including Mohammed, believe the IDPs’ continued detention is linked to the ongoing peace negotiations in Doha.

Chief Sago and his colleagues are thought of as a strong voice on behalf of IDPs.

“[The government] doesn’t want their voices to be heard,” said Mohammed.

This case has prompted calls for the emergency laws to be lifted in Darfur altogether.

Rania Rajji, from Amnesty International, said, “The arbitrary use of [emergency laws] allows these violations [of basic rights] to happen.”

“[The emergency laws] have to be withdrawn,” said Mohammed. “They use these emergency measures to curtail individual freedom rather than protect the people. They are not protecting the people if they are being used against them.”

The constitution stipulates that the emergency laws must be reviewed every 30 days by parliament, but this has not happened since 2005.