Cubans Disillusioned by Lack of Change Under Raúl Castro

After reforms at home and a diplomatic breakthrough with Washington, many are unhappy that so little has changed for them.

Cubans Disillusioned by Lack of Change Under Raúl Castro

After reforms at home and a diplomatic breakthrough with Washington, many are unhappy that so little has changed for them. 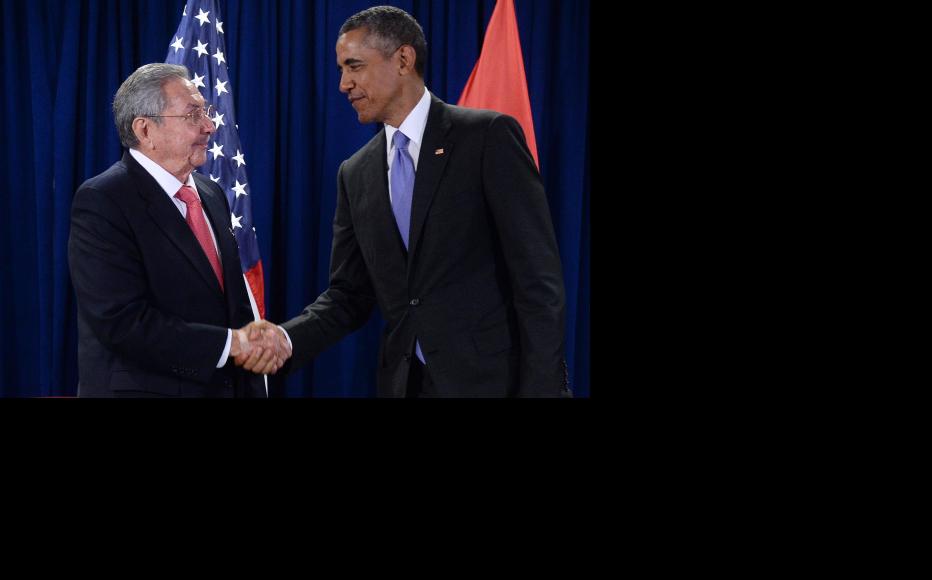 Despite the changes made since President Raúl Castro came to power in Cuba nine years ago, civil rights are still ignored, opposition voices suppressed, and opportunities for the self-employed severely curtailed.

As Fidel Castro’s health failed, his brother Raúl took over as interim president in July 2006, formally becoming head of state in February 2008.

Under his rule, the rules have eased up in a number of areas, for example allowing access to mobile phones, abolishing the “carta blanca” document formerly needed to travel abroad, and expanding the private sector. And of course, reestablishing diplomatic relations with the United States.

Yet these reforms have done little to increase respect for political and civil liberties.

“There have been no improvements in the area of political and civil rights or other fundamental rights. That is the opposite of what people expected when diplomatic relations with Washington were normalised,” said Elizardo Sánchez, head of the Cuban Commission for Human Rights and National Reconciliation.

Hablemos Press, a news agency barely tolerated by the government, continues to record high numbers of arbitrary detentions every month. Dissidents and others are repeatedly picked up and held in custody for short periods to deter them or at least disrupt their activities.

José Daniel Ferrer, executive secretary of the dissident Patriotic Union of Cuba (UNPACU), was among the 75 individuals jailed under Fidel Castro in what became known as the “Black Spring” of 2003.

Ferrer does not see much difference between the two brothers, except in style.

“Raúl is not behaving like his brother did with the group of 75 [in 2003] because of the political cost that involved Fidel,” he said, adding that Raúl Castro’s method was to “detain hundreds of peaceful activists, and when he sends them to jail, it’s for three or four years”.

Berta Soler heads the Ladies in White or “Damas de Blanco” group, originally set up to campaign for the release of the 75 imprisoned in the Black Spring. Their trademark protest action involves attending Sunday mass wearing white clothing and then holding a silent march. Soler, too, sees little to choose between the Castro brothers, recalling that it was Raúl who “sent the Revolutionary Armed Forces into the streets to attack the Ladies in White in 2009”.

“This did not happen under Fidel… but that isn’t to say there’s any difference. They’re the same,” she said.

Economic reforms, too, have had less of an impact than it might seem. Under a new strategy unveiled in 2011, the government improved the environment in which the small-scale entrepreneurs known as “cuentapropistas” operate, for example making it easier for them to obtain licenses. But this also exposed them to bureaucracy, complicated tax system, and excessive bank charges, so that many have slipped back into the grey economy.

“I prefer to work illegally than be robbed by the government,” said one man who gave up after two years as a legal cuentapropista caught “between the taxes, the inspectors and the bank interest”.

“I realised that I couldn’t grow that way, and that actually it’s they [the government] who grow,” he said.

For large numbers of young Cubans, the dream is still to leave.

“I’m studying at Havana University, in my fourth year. I’ve nearly finished my degree. As soon as I have it, I don’t plan to spill a drop of my sweat in this country, if that’s what you call this jail,” said one undergraduate.

Another Havana student in his final year said the promise of change, including renewed ties with the US, had fallen flat.

“Cubans are desperate. They’ve lost hope,” he said. “Lots of meetings – and for what?”

The student said many Cubans were getting out while they still could.

“I think more Cubans are entering the United States illegally because many are afraid they’ll annul the Cuban Adjustment Act,” he added, referring to the 1996 law by which the US grants Cuban nationals easy terms for immigration and naturalisation.

A taxi driver called Ángel, 43, regrets that he never left . He was briefly inspired by the growing relationship with the US, but those hopes have faded.

“So far I haven’t seen any change,” he said. “The truth is it’s all a lie. Whichever one it is, Raúl or Fidel, they’re the same. They’re brothers, aren’t they?”