The Cuban Sculptor Who Lives in a Museum

How leaving the island allowed an artist to unleash his creativity.

The Cuban Sculptor Who Lives in a Museum

How leaving the island allowed an artist to unleash his creativity. 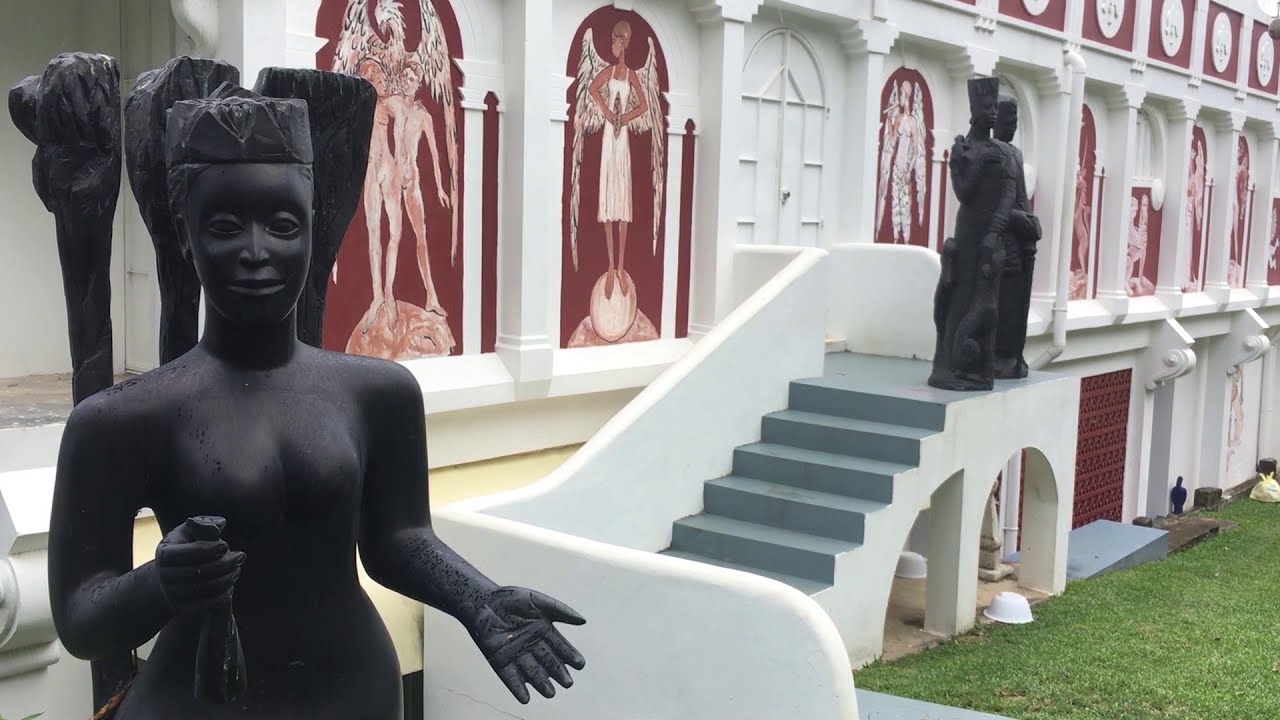 In the Bethel district of the island of Tobago, amid the lush greenery of the neighbourhood of Patience Hill, a Cuban sculptor has made his home in a surrealist mansion.

Dunieski Lora Pileta, 42, both lives in and manages the Luise Kimme Museum, a space filled with the outsized wooden and bronze works of the late German sculptor.

Although there are no official statistics, it is estimated that there at least 1,000 Cubans in Trinidad and Tobago, one of the very few states in the Americas that do not require them to have entry visas. (In recent years, the richest country in the Antilles has also received another wave of exiles from socialism; several thousand Venezuelans).

Some Cubans have settled permanently, while hundreds still live in a state of legal limbo. Under Trinidadian law, foreigners are only allowed to stay on the islands for 90 days without a visa.

Pileta’s circumstances are unusual, and far more comfortable than many of his compatriots.

He was bequeathed the museum – both its the custodianship and all its contents - by his friend and former collaborator Kimme, who spent years living and working between Tobago, Cuba and Germany where she taught sculpture. She built the museum, known as “the Castle,” to be her workshop in 1979.

On one of her regular trips to Cuba she needed a bronze worker in Santiago de Cuba to assist her on a sculpture. Someone recommended Pileta and the two artists got on well, going on to work together for ten years.

Kimme moved to Tobago permanently in 2002, and when she became ill with cancer suggested Pileta take over her studio as someone she could trust to preserve the site. He moved there in 2012; Kimme died the following year and was buried in the grounds of her “castle”.

It was hard to leave Cuba behind, but “I went so my creativity could be unleashed,” Pileta said, describing how new resources had given him the opportunity to do what he could never have imagined possible in his birthplace.

Not only can Pileta do whatever he wants without harassment from officials, but full internet access has also changed his life.

“I’m living the dream,” he said. In a country where almost 80 per cent of the territory enjoys the American continent’s fourth fastest connection, he can get work materials much more quickly than in Cuba.

“The internet, it changed my life,” he said, adding, “It makes no difference if I order two tonnes of plaster or a 3D printer.”

“The plaster arrives without complications, without waiting in line or worries. It makes no difference if I order it at four in the morning or three in the afternoon,” he continued.

In Cuba he often worked for other artists; here they work for him. Internet access also means he has the possibility of meeting more artists to collaborate with as well as finding experienced professionals who can help him to perfect his art and expand his horizons.

He moved together with his wife and daughter, who helped him prepare exhibitions and sell sculptures.

“It was hard for my family to adapt because it’s a different nation, with different idiosyncrasies, a different language and culture,” Pileta said. Having lived briefly in Spain, they want to go back to Europe at some point. But for now, the Caribbean is a familiar reality.

The museum collection focuses on sculpture, with exhibitions ranging from Afro-Caribbean religious motifs to a section of Cuban artists Kimme admired, such as Rosa Fornés, Miguel Matamoros and Benny Moré.

Pileta said that although sculpture is very hard work and often badly paid, his life is much better now than how it was back home. In Trinidad and Tobago, he continued, “you can live better than in Cuba”.

Unlike in Cuba, Pileta says he no longer has to “prostitute” his art by making souvenirs for tourists. Thanks to Kimme’s bequest, all of the profits from the museum are now for him.

Although it is the most important museum on the island, The Castle receives few visitors, almost all of whom are tourists. Locals are not interested in art, Pileta complains. “They just want to work, drink and party and that’s all.”

However, he has faith that the museum will become more popular. Every month he goes to Trinidad to promote both his own work and Kimme’s bequest, organising exhibitions and sales in Port of Spain, where there is a more cosmopolitan lifestyle. His pieces generally cost hundreds or thousands of dollars and have been bought by senior Trinidad and Tobago government officials.

Pileta misses family members still in Santiago de Cuba but now, living in a house where the rooms also serve as exhibition spaces, says he will never return to his country.

Cuba
Life
Connect with us