For Cuban Journalists, Free Expression is Still a Dream

As UNESCO event hears of increasing censorship and intimidation across Latin America, Cuban reporters talk about the especially tough environment they work in.

For Cuban Journalists, Free Expression is Still a Dream

As UNESCO event hears of increasing censorship and intimidation across Latin America, Cuban reporters talk about the especially tough environment they work in. 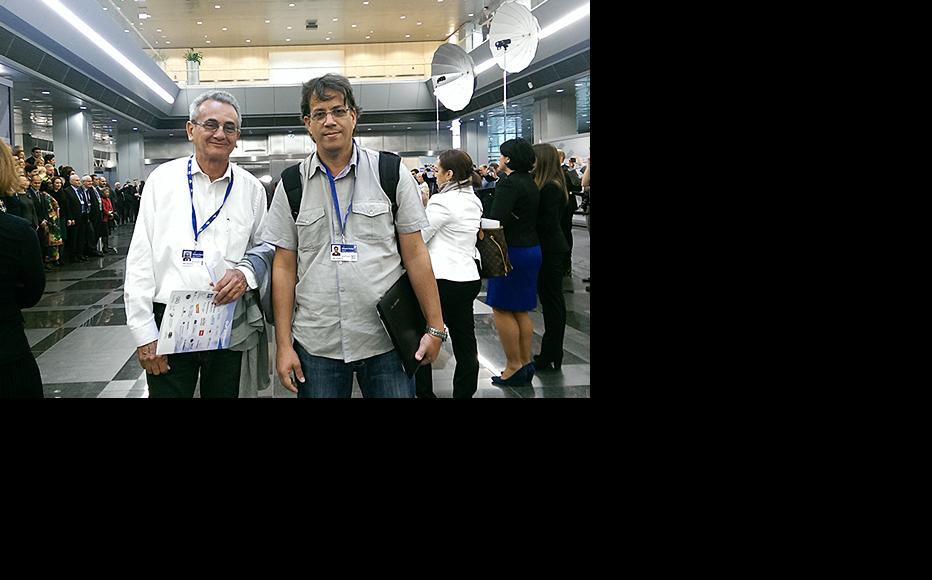 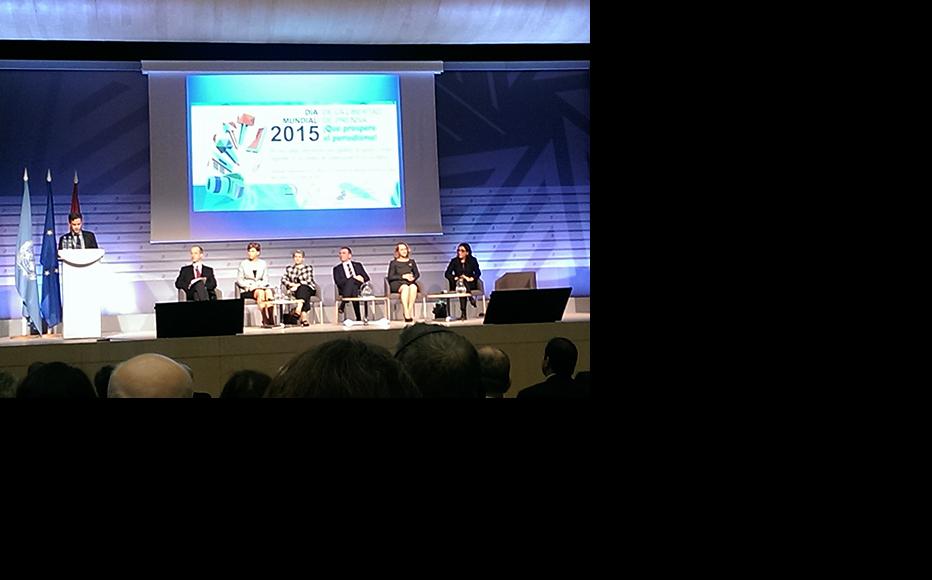 UNESCO event Let Journalism Thrive! in Riga, May 3-4, 2015. (Photo courtesy of Odelín Alfonso Torna)
The link has been copied

The media rights watchdog Reporters Without Borders ranks Cuba 179th out of 184 nations for press freedom. Cuba remains the only country in Latin America where independent media are banned.

José Antonio Fornaris, head of the Association for Freedom of the Press (APLP), an independent organisation not recognised by the Cuban government, said the UNESCO event, called Let Journalism Thrive!  and held in RIga on May 3-4, was the first time he and his colleagues had had “the opportunity to be present in an international meeting of this kind to discuss... the problems we face”.

These problems include surveillance and harassment. Independent journalists are routinely detained for anything from an hour up to three days. Others are held for longer, like Calixto Ramón Martínez Arias,  detained without charges for six months in 1212-13.

If prosecuted, they face long prison terms, as in the case of José Antonio Torres, a reporter for the official Granma newspaper who was convicted of espionage and corruption, and sentenced to 14 years’ imprisonment in 2012.

Edison Lanza Robatto is special rapporteur for freedom of expression at the Inter-American Commission on Human Rights (IACHR) and the Organisation of American States (OAS). He says that in Cuba, “an adequate environment for freedom of expression does not exist, with the media monopoly in state hands and with criminal charges that are disproportionate, unnecessary and obviously have nothing to do with a democratic society”.

According to Lanza Robatto, IACHR documented 4,000 detentions of Cuban activists and journalists in 2014, although he argues that the regime has in fact softened its approach in recent years.

“The government has permitted some spaces for journalism, particularly external [media outside Cuba], which generally still aren’t enjoyed by all Cubans, except clandestinely,” he said.

“We hope that the reconciliation with the United States and the possibility that Cuba will rejoin inter-American multilateral spaces like the OAS and IACHR and the Summit of the Americas, will push them toward opening up the space for there to be a transition towards a democratic system that guarantees freedom of expression,” Lanza Robatto said.

Internet access in Cuba is only available at hotels and navigation points controlled by the government. The majority of independent news sites based outside the country are blocked, so access to independent news is often through weekly “magazines” distributed on USB sticks.

“The way Cuba is perceived is the same as ever... a lot of confinement and lack of press freedom are evident,” said Wendy Funes, a representative of IREX Europe in Honduras.

She noted a general deterioration of freedom of expression across the region, including in Nicaragua, Honduras, Ecuador, Mexico, Haiti and Costa Rica.

In Honduras, deaths of journalists have increased since the political turbulence that led to the removal of President Manuel Zelaya in 2009.

“We have 51 dead journalists, and just like in Mexico, when you ask the police what happened, why the journalist was killed, the police respond that it had a lot to do with the journalist’s inappropriate behaviour,” Funes said. “In other words, they don’t just kill them, they re-victimise them.”

Lanza Robatto said that all too often in Latin and Central American countries, “organised crime is in collusion with the authorities, [attacking] journalists who investigate corruption or publish material on organised crime…. It’s a problem that is on the rise.”

New legislation was also having an impact, he said.

“There has been a turnaround in the use of criminal law – something it seemed the region had abandoned,”  he said. “Some countries have made reforms to decriminalise crimes related to freedom of expression, but in Venezuela and some regions of  Brazil, Honduras and Ecuador, not so much.”

He added that Ecuador and Venezuela had both passed laws regulating media content.

Mass surveillance of phone and internet activity in the United States has opened the way for countries like Mexico to push through laws legalising the call interception without a court order.

Nicaraguan journalist Martha Celia Hernández argued that states with left-leaning governments like Venezuela, Ecuador and her own country had much in common when it came to the dearth of freedom of expression.

Cartoonist Javier Bonilla, who works on Ecuador’s largest-circulation newspaper Universal, agreed that the space for freedom of expression was shrinking.

“A restrictive policy towards the media has been implemented through a law imposed since the beginning of [President] Rafael Correa’s government. The president continually insults my work and that of other journalists.”

Bonilla added that he had twice been taken to court over his drawings, claiming that both cases “were directly driven” by the authorities.

Hernández, who is spokesperson for  Radio ABC Stereo in Nicaragua, said the country had a “media duopoly”, where some outlets are “concentrated in the hands of President Daniel Ortega’s son and his wife [Rosario Murillo], who is coordinator of the council of communication and citizenship. The other half of the media is controlled by Ángel González, who owns many telecommunication companies.”

Jean-Euphèle Milcé, chairman of the Haitian branch of PEN, a free speech campaign group, said that while freedom of expression was “permitted” there, some journalists were known to take bribes from political leaders or big businesses.

Odelín Alfonso Torna is an independent journalist reporting from Havana.

Latin America & the Caribbean, Cuba
Free expression
Connect with us