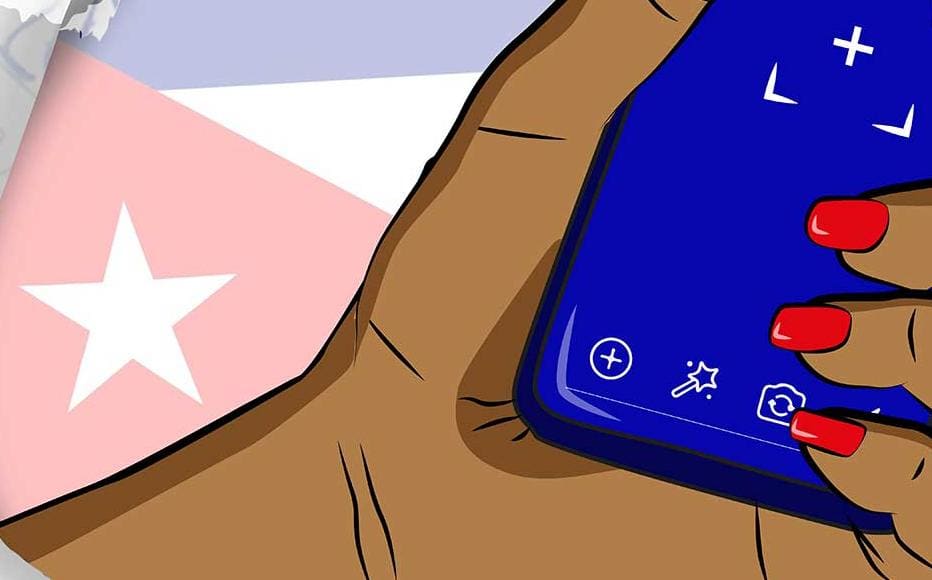 Amid the coronavirus pandemic, Cuba is ramping up its use of a gag law that penalises citizens for expressing critical opinions on social media.

An increasing number of journalists and activists who have criticized Havana’s handling of the crisis have found themselves taken in for interrogation and fined, as well as often having their computers or phones confiscated.

Decree 370 classifies disseminating “information contrary to social interest, moral values and the integrity of all individuals” on the internet as a misdemeanor and mandates fines of up to 3,000 pesos, an amount four times the country’s average monthly salary. It also allows for the confiscation of all equipment needed to connect to the internet. In practical terms, this prevents journalists from doing their work.

Cuban President Miguel Díaz Canel signed the decree in December 2018, 11 days after his government allowed access to the Internet using mobile data. Until then, most people in Cuba could only connect to the internet in the using wifi areas in public parks. According to official data, around 3.4 million Cubans now use mobile data.

Lawyer and human rights activist Laritza Diversent said that the decree was approved to “control the country's cyberspace”.

However, the government only started to apply the new regulations seriously at the start of the coronavirus outbreak, with more than 85 per cent of the fines imposed dating back to last March. At least 28 people have punished for their posts on social media platforms, most of them journalists and activists.

Journalists publishing stories about the severe shortages of food and other essential products have found themselves taken in for questioning, fined and warned off further critical comment.

Interrogating her was a 40-something agent who identified himself as Major Alejandro, known to journalists in Havana. A few weeks earlier, Alejandro had taken away Acosta’s mobile phone without a confiscation order.

Another agent, who introduced himself as Rolando, showed her a folder with printed copies of posts she had published on Facebook.

The folder contained screenshots of some of the articles she had published in the Cubanet independent digital media outlet. There was also a copy of a meme she had shared, describing Fidel Castro as “the Castrovirus, the virus that swept Cuba away”.

Alejandro then told her she did not have the right to share these publications because she did not work for the state media. In Cuba, independent media outlets are illegal.

Acosta was fined 3,000 Cuban pesos (120 US dollars) and had her mobile phone confiscated.

The government has justified the measures taken under decree 370 as a reasonable response to the state of emergency.

Citizen journalist Niober García Fournier, who came out of his interrogation with a fine and a warning, said, “They told me that I would end up in prison if I were to continue publishing these types of posts because, they said, with the coronavirus situation we are at war.”

His interrogation took place on May 20 in Guantánamo, on the eastern tip of Cuba. During his appearance, an agent who introduced himself as Víctor showed Fournier two videos he had made. One was about the inadequate conditions in a local prison during the coronavirus crisis, while the other was about food shortages.

Others who have been penalised recently include activist Diosbani Zalazar Rodríguez, fined for publishing stories on Facebook about how the Cuban political élite had not been affected by the shortages, and journalist Enrique Díaz, who denounced police abuses in the middle of the pandemic.

“The ambiguous legal definitions contained in the decree, together with a history of repression by the Cuban government, interferes disproportionately and unnecessarily, with the right to freedom of expression online,” said Gaspar Pisanu, Latin America Policy Associate at Access Now, an organisation that provides digital security support to journalists and activists.

Although many independent websites are now blocked, social media platforms such as Facebook and WhatsApp have become very popular amongst Cubans.

But Pisanu noted that the Cuban authorities have now shown they are also determined to monitor and punish those who use these platforms.

The decree could also have more severe consequences, if fully implemented. One of its restrictions is the prohibition against using servers located abroad to host a website, unless the page hosted is a copy of the leading site registered in Cuba.

“None of the websites that belong to independent Cuban media or civil organisations are in the country's servers,” Pisanu said. "And in the event that the government was willing to give them the relevant permits, they would have access to all their data, which poses a risk to data privacy and security.”