Cuba and the Battle for Remittances

Misinformation on both sides fed the struggle over dollar transfers – and it has been ordinary Cubans who suffer. 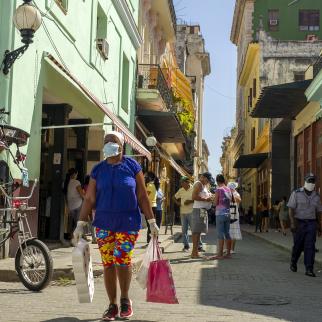 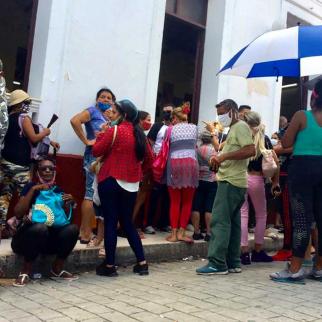 Since the arrival of the pandemic in Cuba, the country has been experiencing a worsening shortage of basic products, which translates into longer queues than usual. © L. R. Fuentes

Cuba and the Battle for Remittances

Misinformation on both sides fed the struggle over dollar transfers – and it has been ordinary Cubans who suffer. 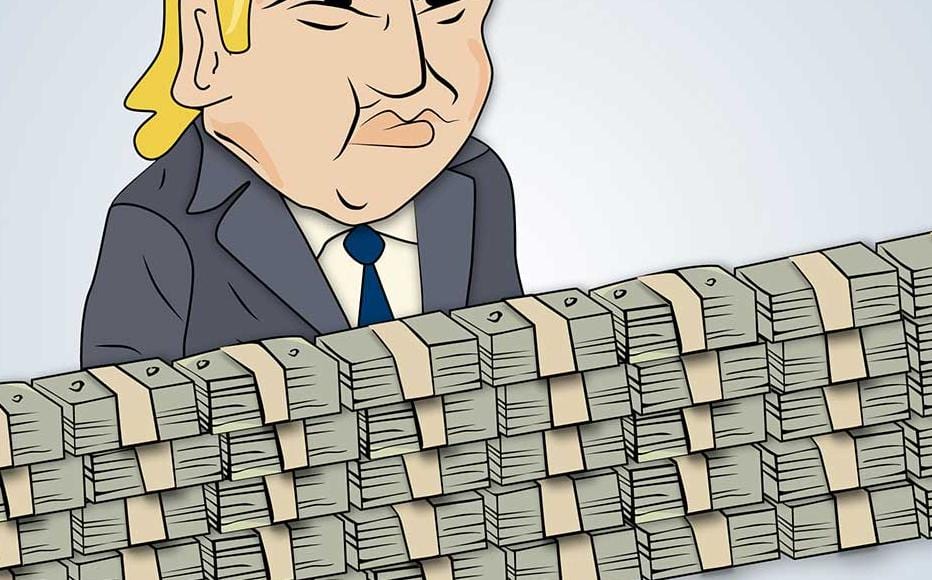 Illustration © Baleria Mena
The link has been copied

In early November last year, Maribel Oliver heard the sad news that a friend of hers back in Cuba had died.

The 57-year old, who emigrated to the US 15 years ago and now lives in Texas, immediately got together with another friend to send money to help the family.

It took just a few hours for their 100 US dollar remittance to reach the deceased's family via Western Union, well in time to help pay for the funeral expenses.

But changes to the law introduced by former president Donald Trump just days later have effectively cut Cubans like Oliver off from their friends and relatives back home, leaving them unable to supply the remittances that have long formed a crucial part of the island’s economy.

Oliver said that she herself would have been unable to move to the US all those years ago without the help of remittances sent by relatives abroad.

She explained that her son-in-law’s god-daughter was born recently, the family wanted to send a traditional gift of clothes and money.

Now, though “there is no way to send anything to Cuba” she said.

The Trump administration’s move to end Western Union transfers to Cuba highlighted how conflicts between the two countries are often fueled by misinformation, with ordinary people’s wellbeing put to one side.

When Trump announced his government’s policy toward Cuba in a 2017 memorandum, it was clear that strategy would focus on punishing GAESA, the consortium of military companies that dominates a crucial part of the Cuban economy.

Trump banned “all direct financial transactions” with GAESA, which controls most tourist hotels and leading retail chains, among other sectors.

The prohibition was not absolute; the memorandum said that the restrictions did not include eight commercial areas, including remittances to Cuba.

Western Union has functioned as a crucial link between the US and Cuba since 1995, channeling between 900 and 1.5 billion dollars from the US to the island each year.

The Western Union alliance with Fincimex – one of GAESA's companies –managed all the operations to transfer money to Cuba.

Then, in the spring of 2019, Trump approved a series of sanctions to be in place until the very last days of his presidency.

“It took some time to feel the effects of the sanctions, but the impact was significant,” said Paulo Spadoni, a scholar from Georgia’s Augusta University who has written extensively on the impact of the US embargo on Cuba.

In June 2020, the US treasury department included Fincimex in its list of companies associated with GAESA.

Given that the memorandum published three years earlier excluded the transactions related to remittances, the measure generated much confusion. It was not clear whether Western Union could or could not continue operating.

By the end of October 2020, the Trump administration had taken steps to clarify the situation: Western Union had 30 days to ditch GAESA and look for another partner. If not, they would have to stop their operations with Cuba.

The news came as Cuba was experiencing a severe economic crisis. Due to the pandemic and lack of tourism, hard currency reserves were quickly disappearing. Supplies of food and other crucial imports were also rapidly dwindling.

The government decided to adopt a new business model to raise hard currency. GAESA opened shops with prices in dollars where customers had to pay with a special card linked to a dollar account.

This caused considerable problems for those Cubans who received remittances from the US. Because of the economic embargo, they could not receive bank transfers in dollars, and depended on Western Union to receive money sent by relatives. But the Cuban authorities had ordered the company to only deliver cash in CUCs, one of the two local currencies.

The GAESA dollar shops quickly became the only ones with proper stocks, although prices were usually very high. According to a document put together by the Spanish Embassy in Havana, their profit margin was up to 240 per cent.

These measures angered not only Cubans living on the island but also those sending money from the US, who saw their hard-earned dollars flowing exclusively to GAESA.

Cubans living outside the country are well aware of the importance of remittances for the Cuban economy. Some have used this power to try to influence official policies, like Alex Otaola, an activist and YouTube influencer living in Miami.

After the dollarisation of some GAESA shops, Otaola called on his followers to stop sending money to Cuba as a way to put pressure on the Havana government. He also asked people to vote for Trump.

“The money that you send to your family will never reach them,” he announced in July 2020. “The dollars go to the dictatorship’s coffers.”

It is unclear whether his call was successful, but many Cubans abroad certainly feel frustrated that their remittances contribute to the stability of the government they fled from.

At the end of October 2020, in the run-up to the US election, Trump presented Western Union with an ultimatum: find a new partner from Fincimex in 30 days, or stop doing business with Cuba.

This was presented as a selective sanction that would not impact ordinary citizens on the island.

“The action demonstrates the United States’ long-standing commitment to ending economic practices that disproportionately benefit the Cuban government or the military,” said then-secretary of state Michael Pompeo in a statement.

However, even if Western Union's new partner were a civil company, people would still be spending their dollars in GAESA shops.

The US approach fuelled the narrative that the military was stealing the money from the remittances.

The Foundation for Cuban Human Rights, an organisation run by Cuban exiles in Miami, published an article on how “the military steal 74 cents for every dollar sent to your family”.

This was based on a speech given by Emilio Morales, president of the Havana Consulting Group.

However, what he actually said was that for every dollar sent to Cuba via Western Union and Fincimex and later spent exclusively in GAESA shops, the military gained 74 cents.

Out of this amount, 61 cents came directly from sales at GAESA stores.

Morales explained that the money was managed through offshore companies and that its final destination was unknown, adding that it might well be that the revenue was used for investments in the tourist sector or to pay suppliers, including US farmers selling food products to Cuba.

This showed that GAESA’s most lucrative activity was not the management of remittances but rather their entire commercial operation, something the sanctions against Fincimex did not tackle.

The Cuban government immediately declared the Trump administration’s ultimatum to be an attack.

“If people in Cuba don't receive money from abroad, they can't buy what they need.”

“For a criminal government, there are no limits,” Foreign Minister Bruno Rodríguez Parrilla announced only minutes after Trump’s announcement.

However, the Cuban government failed to explain how the sanctions could have been avoided by finding a company not associated with GAESA to continue with the remittances service. And these companies do exist.

Cuba’s mail service receives money orders from Spain and five Latin American countries. Some banks with no links to GAESA operate international transfers thanks to specific agreements with foreign banking institutions. As in many countries, these banks can act as Western Union service points.

Another Cuban state company that deals with transfers from abroad is Etecsa, which holds the country’s monopoly in the telecommunications industry. The use of telephone service companies to send remittances is common in Latin America.

Etecsa allows its customers to pay their bills in all MoneyGram agencies in the US and Money Centers in all Walmart shops.

However, Cuba did not offer Western Union any alternatives to continue its operations.

But then, in late November 2020, two weeks after the US remittances had stopped, Havana announced that a cash machine company called Redsa would be authorised to manage the transfers.

Trump had lost the reelection, and Cuba wanted dollars to continue flowing into its treasury.

“Cuban authorities are betting that although the Joe Biden administration will not be able to remove Fincimex from the OFAC blacklist, it will also do nothing to place REDSA on the same list and the business of remittances to Cuba could be resumed,” Cubatrade, a US based organisation, said in a statement.

This scenario, however, has not yet transpired. Without Western Union and with very few flights operating between the US and Cuba due to the pandemic, Cubans are becoming increasingly isolated.

For those living abroad like Oliver, this means their link to their homeland is weakening.

For those on the island, struggling with an economic crisis, the situation is even worse.

“If people in Cuba don't receive money from abroad,” Oliver said, “they can't buy what they need.”

Cuba
Regime, Economy
Connect with us