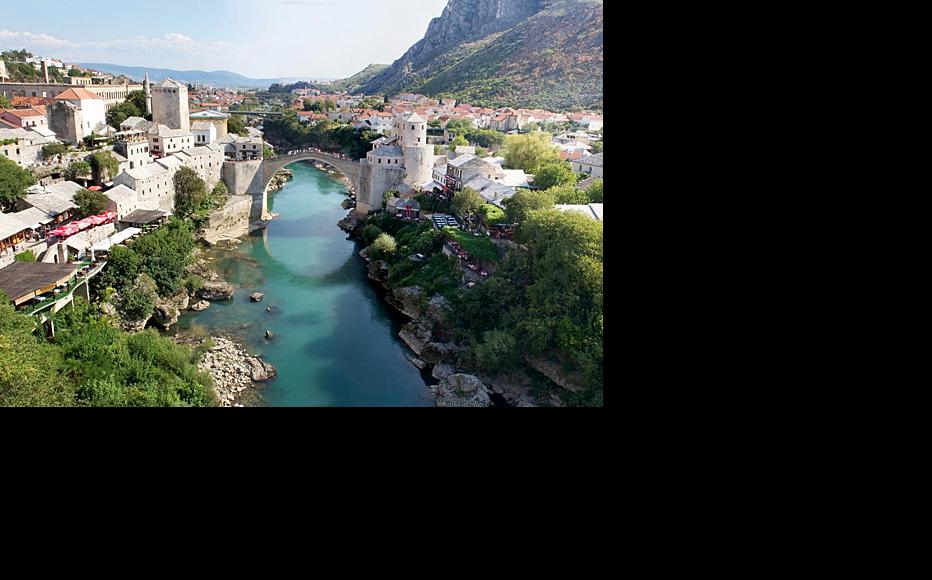 After guilty verdicts were passed on six Bosnian Croat political and military leaders, analysts in the region noted that the case raised some awkward questions about Croatia’s involvement in wartime events. Nevertheless, the consensus is that the Hague verdicts will not derail the current positive relationship between Zagreb and Sarajevo.

On May 29, tribunal judges in The Hague found six defendants guilty of crimes against Bosniaks (Bosnian Muslims) that included murder, rape, deportation and wanton destruction.

Jadranko Prlic, was the most senior political figure in Herceg-Bosna, a self-declared Croat entity in Bosnia, now defunct. He and co-defendants Bruno Stojic, Slobodan Praljak, Milivoj Petkovic, Valentin Coric and Berislav Pusic were found to have been part of a joint criminal enterprise or “JCE” that sought to create a territorial entity that would become part of Croatia if the Bosnian state fell apart, or would be “an independent state within [Bosnia] with direct ties to Croatia”.

Prlic was convicted of the unlawful deportation, transfer and detention of civilians, inhuman treatment, persecution, rape, sexual assault, plunder, forced labour, and extensive destruction and appropriation of property. He was also found guilty of carrying out unlawful attacks on civilians and of inflicting terror and cruel treatment on them.

For officials in Zagreb, the most problematic part of the verdict concerned the direct involvement of Croatian leaders in the activities of the Bosnian Croat military, known as the HVO.

The verdict stated that the JCE existed approximately from January 1993 to April 1994, and that – apart from the six defendants plus Hercog-Bosna president Mate Boban – the individuals who participated in and contributed to it included the then Croatian president Franjo Tudjman, defence minister Gojko Susak, and army general Janko Bobetko.

“Members of the JCE secured personnel and coordinated the operations on the ground to carry out the crimes,” judges concluded.

The chamber found that the JCO’s aims were to be achieved through the “commission of crimes by HVO forces in a campaign of ethnic cleansing against the non-Croat population”. In most cases, it found, crimes were not committed “in a random manner by a few undisciplined soldiers”.

“On the contrary, they were the result of a plan put together by the JCE members to remove the Muslim population of Herceg-Bosna,” it stated.

Anto Nobilo, a Croatian lawyer who formerly worked at the Hague tribunal, argues that the finding that Tudjman, Susak and Bobetko were part of the JCE is significant.

“This means they participated in planning or ordering crimes, and that they incorporated crimes into the methods they used to attain their political goals in Bosnia and Hercegovina,” he said. “This is frightening, and it should be taken seriously in the process of re-evaluating Croatian history in the early 1990s.”

Speaking to local media shortly after the verdict was announced, Croatian prime minister Zoran Milanovic said he was aware of the policies his country pursued with regard to Bosnia in the first half of the 1990s, but that he expected the trial chamber’s findings on Croatian involvement in the JCE to be overturned on appeal.

“Croatia did make some mistakes in Bosnia and Hercegovina, but it was its partner, its ally and it helped a lot [during the war],” Milanovic said.

In Bosnia itself, the former defence minister of Herceg-Bosna, Vladimir Soljic, said he was greatly surprised by what he called a “political” ruling.

“All I know is that Hercegovina had the lowest rate of war crimes,” he said, referring to the southern section of Bosnia and Hercegovina, part of which became Herceg-Bosna during the war. “There are no mass graves there. Why is that so? The fact is that it was the Croats who were persecuted the most... we had the least power, we were outnumbered, and we had no option but to organise ourselves.”

The speaker of Croatia’s parliament, Josip Leko, was among those who expressed confidence that ties with Bosnia would not be damaged by the verdicts.

“We have to respect the Hague tribunal regardless of whether we like its decisions or not”, Leko said. “Croatia takes the view that all crimes should be punished. As to how this verdict is going to affect relations between Croatia and Bosnia, I’m hoping that both countries will focus on their futures.”

Nobili said he did not expect the Hague ruling to have any repercussions for Croatia, either politically or in terms of international law.

“Croatia today and Croatia back then are not the same country,” he said. “Croatia would not be joining the European Union if it hadn’t met the highest standards of human rights. Croatia’s leaders have expressed regret for all the crimes which committed in the past in the name of the Croatian people.”

Nobilo sees public condemnation of past crimes as important.

“It’s very important… that we condemn these crimes that were committed in our name,” he said. “They were really numerous and grave. We cannot change what has already happened, but we can condemn it.”

Sacir Filandra, dean of the political science faculty at Sarajevo University, agrees that so much has changed since the conflict that the verdicts will not cause a major upset.

“These sentences were expected. I think the section of Bosnian society that was the target of these violent acts will be satisfied with the ruling,” he said. “For reasons of distance in time, the altered political situation, and all the other circumstances, I do not believe this verdict will have a significant effect on political developments in Bosnia and Hercegovina, or on relations between its different ethnic groups.”

Enis Zebic in Zagreb, Tina Jelin-Dizdar in Sarajevo and Mirsad Behram in Mostar report for RFE/RL and IWPR.

Croatia, Bosnia and Herzegovina
Connect with us