Could China Be Softening Stance on Kazak, Kyrgyz Minorities?

Mass release of detainees stirs hopes that international criticism may be working.

Could China Be Softening Stance on Kazak, Kyrgyz Minorities?

Mass release of detainees stirs hopes that international criticism may be working. 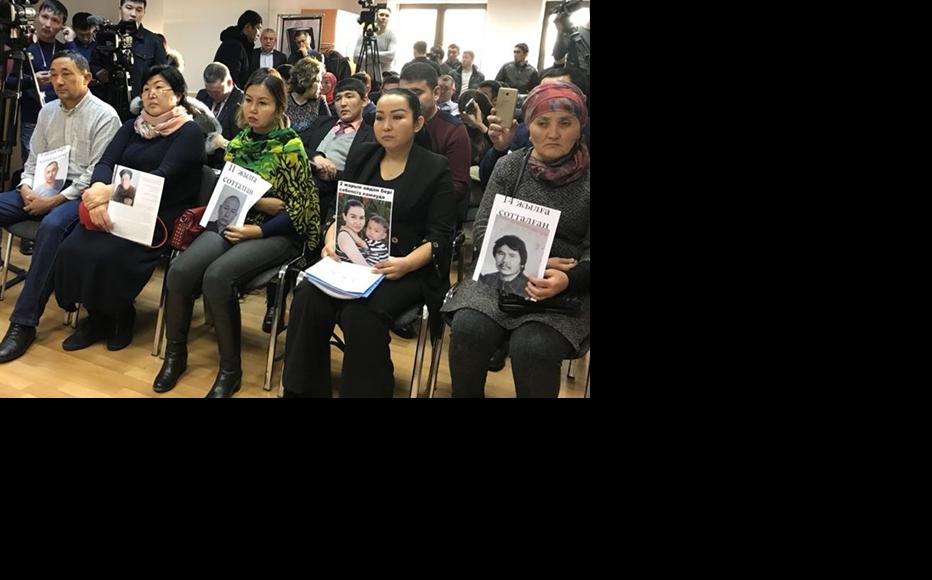 Relatives of ethnic Kazaks who are held in a Chinese camp - press conference in capital Astana. (Photo: RFE RL Kazak service)
The link has been copied

Activists hope that China’s recent decision to allow more than 2,000 ethnic Kazaks to leave the country may be a sign that pressure on Beijing over its treatment of minorities may be having an effect.

China’s crackdown on Muslims in the western region of Xinjiang Uighur Autonomous Region (XUAR) has sparked fierce criticism around the world. Huge numbers have been sent to internment camps which the regime describes as “political education centres”.

Nearly 1.25 million Kazaks and about 180,000 Kyrgyz live in China. Until recently, they received preferential treatment in comparison to the persecuted Uighur minority.

But Beijing’s crackdown on Muslim minorities has meant that tens of thousands of Kazaks and Kyrgyz have also been detained, including those with dual citizenship.

Both Astana and Bishkek, politically and economically reliant on China, have chosen to downplay or ignore the issue.

Last June, Kazak president Nursultan Nazarbayev told the World Kurultai of Kazaks gathering that he was unware that his compatriots had been affected.

“We know about the events in Xinjiang,” he said. “There’s terrorism, extremism, but I haven’t heard that Kazakhs are oppressed there. If they are, we will learn about it from the foreign ministry and will pay special attention to it.”

The Kyrgyz government has been similarly reticent, with President Sooronbai Zheenbekov Zheenbekov first addressing the issue during his year-end press conference on December 19.

“We need to do our best in the art of diplomacy,” the news service Azattyk reported him saying. “In Kyrgyzstan, we have convicted ten nationals of China, five of whom are serving time in jail. They don’t make a noise about it. Ethnic Kyrgyz in China are Chinese citizens who obey the laws of that country. How can we intervene into their affairs? We cannot. But we work via our diplomatic channels. Or should I go out to [protest in] the street?”

Despite the official silence, public interest in the issue has been growing within both Kazakstan and Kyrgyzstan.

In Kazakstan, it was brought to public attention last May after Sairagul Sauytbai, an ethnic Kazak from Xianjiang, was arrested in her homeland after fleeing China where she had been forced to work in a re-education camp.

After a public outcry, the authorities decided not to extradite her back to China, but she was put on trial for crossing the border illegally and handed a six-month suspended sentence. However, she was denied refugee status.

The same month, relatives of Guzalnur Zheniskyzy, a Kazak citizen detained in China for the last two years, finally received acknowledgement from the foreign ministry that they were aware of her case. Zheniskyzy,s husband Ayatkhan had lobbied for her case to be investigated but was unsuccessful until the Kazakhstan International Bureau for Human Rights intervened.

Gulmira Kuatbekova, the Bureau’s lawyer, said that they had referred more than ten similar cases to the foreign ministry. The problem was far larger, she continued.

“Although there were more applicants, about 30 people, they had no documentary proof that they were related to the missing persons. Without it, we cannot apply to the foreign ministry,” Kuatbekova said.

The Kazak foreign ministry, Kuatbekova also noted, had indicated that they would be open to simplifying the process of granting Kazak citizenship to ethnic Kazaks in China.

In Kyrgyzstan, relatives of ethnic Kyrgyz detained in China sent a petition to Zheenbekov in November 2018 asking for help in obtaining any information about their missing family members.

“Our relatives left for China and don’t return,” the petition read. “We have not been able to obtain any information about their location for two years. Their families and children were abandoned. Also, we cannot get in touch with our relatives in China.”

It continued, “We don’t ask you to intervene into China’s domestic affairs. However, we think that Kyrgyzstan has a right to know the reason for the mass detention of ethnic Kyrgyz and citizens of the Kyrgyz Republic.”

In early December, relatives of the detainees held a protest outside the UN offices in Bishkek and delivered a written request for a special commission to investigate the situation in China.

They also lobbied the ombudsman of Kyrgyzstan, Tokon Mamytov, who announced that the situation was being monitored and that the Chinese authorities were expected to provide more information within a couple of months.

On December 20, the Kyrgyz Choroloru NGO held a protest in front of the Chinese embassy in Bishkek, demanding that the persecution of ethnic minorities in China end and that Chinese citizens in Kyrgyzstan illegally be deported.

China appears to be making cosmetic moves to try and reassure its regional allies.

On December 10 last year, Aibek Smadiyarov of the ministry of foreign affairs of Kazakhstan, said that China had allowed 2,000 ethnic Kazakhs to renounce their citizenship and leave the country.

The foreign ministry said that the incomers would be granted Kazak citizenship or residency on arrival.

Later that month, Beijing invited 12 foreign diplomats - including from Kazakhstan and Kyrgyzstan - to visit the co-called political education centres. The Kyrgyz foreign ministry declined to disclose the identity of the diplomat and the details of the trip.

“I think and would like to emphasise once again that it’s the government of China, government of XUAR that gives [the opportunity] to the citizens of their country to acquire new professions [in these camps].”

Former detainees tell a very different story. Kayrat Samarkand, an ethnic Kazak who was born in China, described how inmates were tortured in the camps.

“Those who disobeyed the rules, refused to be on duty, engaged in fights or were late for studies were placed in handcuffs and ankle cuffs for up to 12 hours,” he said. “Further disobedience would result in waterboarding or long periods strapped in agony in a metal contraption known as a ‘tiger chair’.”

Kakharman Kozhamberdiev, an advisor to the World Uyghur Congress, said that whatever the diplomats had seen did not reflect reality.

“It was all an act… those people who don’t know how China pursues its state policy have been deceived,” he said.

Analyst Nurbek Bekmurzaev agreed that the visit was organised purely for propaganda reasons, noting that diplomats from Europe and the US, as well as representatives of international human rights organisations, were not invited.

“Given the recent protests, the foreign ministry of Kyrgyzstan most likely doesn’t want this topic to gather pace in the media. Now there are only two sources that can provide information about the situation: the first one is our citizens who returned from China, the second one is the diplomats, but they will keep silent not to provoke either the discussion of this topic in the media or the government of China,” Bekmurzaev said.

Analysts agree that Kyrgyzstan nor Kazakhstan have little political or economic influence on China. Both countries owe China debts worth billions of dollars and depend on both its imports and joint infrastructure projects.

Political analyst Amangeldy Dzhumabaev said that it would be rash for either Kyrgyzstan or Kazakhstan to try and put public pressure on Beijing through international organisations.

“We know many examples when various international organisations have urged the upholding of human rights, which have given no results. Kyrgyzstan should act domestically, locally, use organisations where both China and Kyrgyzstan cooperate well. For example, the SCO [Shanghai Corporation Association] which Kyrgyzstan is chairing this year. ”

Bekmurzaev said that the most useful tactic the Kyrgyz government could pursue would be to tacitly support, or at least not hinder, efforts by civil society activists trying to raise this issue on their own.

“Our civil society is strong enough compared to other countries and the only way we can theoretically influence is to raise this issue,” Bekmurzaev said. “We see the changes, China can no longer deny the existence of these camps anymore, so there’s a bit of transparency in the situation.”

Natalia Lee is an editor at CABAR.asia and Andrey Grishin is a journalist in Almaty.

Giving Voice, Driving Change - from the Borderland to the Steppes
Kazakstan, Kyrgyzstan, China
Detentions, Diplomacy, Human rights
Connect with us