Consternation at Editor's Arrest in Azerbaijan

Consternation at Editor's Arrest in Azerbaijan 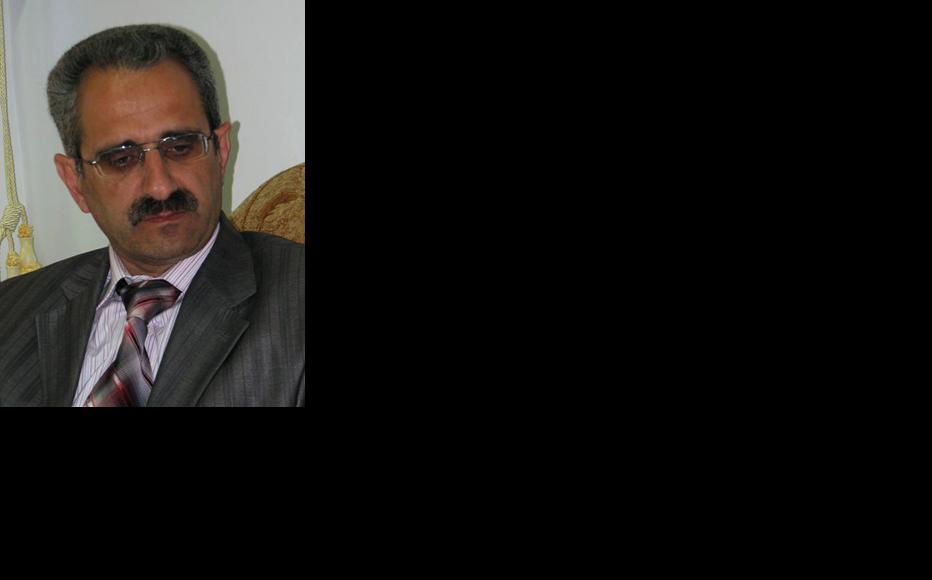 Hilal Mammadov. (Courtesy of Mammadov family)
The link has been copied

Police in Azerbaijan have arrested a magazine editor on drugs charges after he criticised the country’s government on Russian television.

Hilal Mammadov is editor-in-chief of Tolishi Sedo, a newspaper for Azerbaijan’s Talysh minority. Sensitivities about this ethnic group located close to the border with Iran offer another clue as to the reasons for his arrest.

His wife Bahar described how half a dozen men in civilian clothes grabbed him on the street on June 21, forced him into a car and drove him to a police station in the capital Baku.

Interior ministry spokesman Ehsan Zahidov said police found 5.8 grams of heroin in Mammadov’s pocket, and another 28.3 g of the illegal drug when they searched his flat.

The day after he was detained, a court ruled that he should be held in custody for three months.

His lawyer Anar Gasimov said Mammadov’s rights had been repeatedly violated. He was prevented from seeing his client on June 21 and from attending the search of the flat.

“At the police station, they told me that the working day had ended, and they wouldn’t allow me to meet Hilal Mammadov. That same evening, he gave evidence under duress,” the lawyer said. “There were bruises on his feet – it can’t be ruled out that they used truncheons on his feet so as not to leave marks on his body.”

Mammadov became an internet sensation in Russia this spring when a video of him rapping a chorus that loosely translates as “what are you like, come on, goodbye” was picked up by opposition activists there. The catchphrase spread rapidly on Twitter in Russia.

Interviewed about the phenomenon by journalists from Russia’s NTV television channel, Mammadov mocked the efforts of Azerbaijani President Ilham Aliyev’s government to publicise the country, saying his short film clip had made more of an impact than its expensive PR campaign.

The Talysh connection is another issue on which the Azerbaijani authorities are easily irritated. They are concerned about Tehran’s attempts to expand its influence in Azerbaijan, and the fact that the Talysh live near the border and speak a language similar to Persian mean they are kept under close watch.

Hilal Mammadov was only appointed editor-in-chief of the Tolishi Sedo (“Voice of the Talysh) magazine on June 9, and the first edition under his stewardship was due to appear at the end of the month.

“Hilal was warned several times not to publish a magazine in the Talysh language,” his wife Bahar said.

Earlier, he led efforts to defend the magazine’s previous editor, Novruzali Mammadov, who was convicted of treason in 2008 and died in prison two years later.

Hilal Mammadov joins the growing number of journalists awaiting trial on a range of charges in Azerbaijan.

Vugar Qonaqov and Zaur Guliyev from Khayal TV are accused of inciting riots in the town of Guba in March; Avaz Zeynalli, editor-in-chief of the Khural magazine, faces an extortion charge brought by a member of parliament. Aydin Janiyev, who reports for Khural from the Talysh region, is also in custody, charged with unlawfully detaining a local religious leader.

Nor is Mammadov the first journalist accused of narcotics offences.

Mirza Sakit, who wrote for the Azadliq newspaper, Eynulla Fatullayev, editor-in-chief of Real Azerbaijan, Ramin Bayramli, editor of the website www.islamazeri.az, and Anar Bayramli, a reporter for the Iranian channel Sahar, have all been arrested for possession of drugs. All accuse the police of planting them.

“If we believed the authorities, then journalists in Azerbaijan would appear to be among the most drug-addicted in the world," said Robert Mahoney, deputy director of the United States-based Committee to Protect Journalists. "Any time reporters write something critical, they run the risk of ending up behind bars on trumped-up drug charges. The authorities must stop harassing critical journalists, and they can begin by releasing Hilal Mammadov."

“The police conducted a search in the home of this individual and took drugs out of his jacket pocket in the presence of witnesses. How can you say this is a set-up?” he asked.

Opposition politicians placed little faith in such assurances, and concluded that Mammadov had been framed. The Popular Front and Musavat parties released a joint statement protesting against his arrest.

Pro-government politicians were in no doubts that the journalist was guilty, before awaiting the outcome of any trial.

“Not one journalist in Azerbaijan has been arrested for what he has written. Every one of them has been punished for a criminal offence that he committed – and that includes Hilal Mammadov,” Fazail Agamali, chairman of the pro-government Ana Vatan party, said.

Agamali suggested that allegations of police wrongdoing were simply a plot by Azerbaijan’s enemies, including the Armenians.

“Some international organisations, under the influence of the Armenians and with the help of their local supporters in the shape of certain NGO workers, spread false information and cause harm to Azerbaijan’s reputation,” he said.

Idrak Abbasov is a correspondent for the Ayna newspaper.