Experts say changes to the charges against Germain Katanga raise serious questions about the final judgement.

Experts say changes to the charges against Germain Katanga raise serious questions about the final judgement. 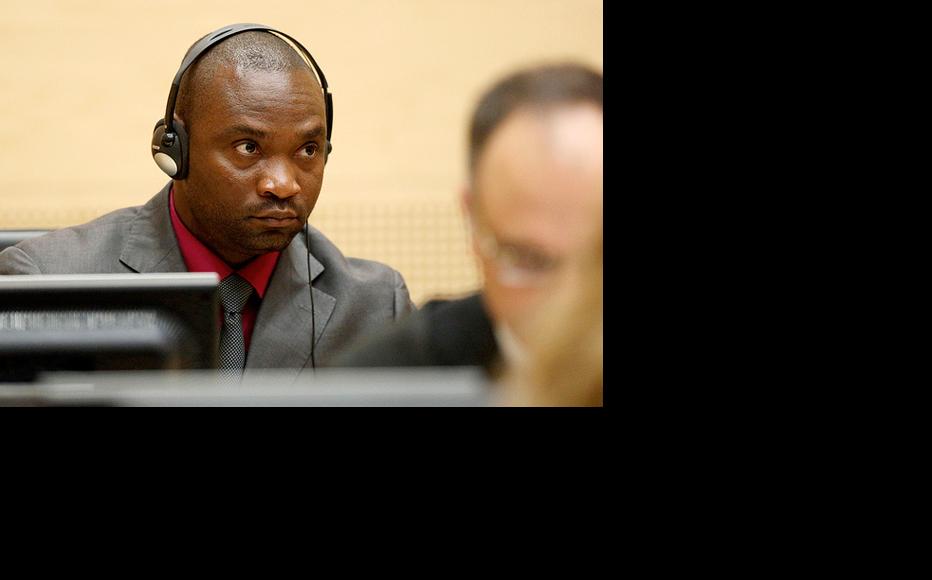 Germain Katanga was convicted of four counts of war crimes and one count of crimes against humanity. (Photo: ICC-CPI)
The link has been copied

Germain Katanga was found guilty of committing murder as a war crime and as a crime against humanity for his role in a 2003 attack on the village of Bogoro in the eastern Democratic Republic of Congo (DRC).

He was also found guilty of charges of attacking a civilian population, pillage and the destruction of property.

But Katanga, a senior member of the Patriotic Forces of Resistance of Ituri (FRPI), was acquitted on other counts including rape, sexual slavery and using child soldiers.

Prosecutors also failed to prove that he was a principle perpetrator of the violence in Bogoro. The three-judge panel ruled by a majority of two to one that Katanga bore responsibility for the attack only as a peripheral figure.

The nature of last week’s conviction derives from a November 2012 decision by ICC to change the charges against Katanga from those which the Office of the Prosecutor (OTP) brought, and which pre-trial judges confirmed in September 2008.

In their 2012 decision, the bench invoked a court rule which allows judges to alter the “mode of liability” under which a suspect is charged, based on the evidence that has been presented at trial.

The revision also saw Katanga’s case severed from that of his co-accused, Mathieu Ngudjolo Chui, who was subsequently acquitted.

Judges found that a paramilitary group called the “Ngiti militia” surrounded Bogoro, whose residents were mostly ethnic Hema, in the early hours of February 24, 2003 and attacked it with heavy gunfire as its inhabitants slept.

When the militia entered the village, they hunted down surviving Hema residents and murdered them with machetes and firearms. Some victims were mutilated before being killed.

The militia later enslaved and raped women whom they caught fleeing the village.

According to prosecutors, up to 200 people were killed in Bogoro.

In the March 7 judgement, judges ruled that Katanga helped members of the Ngiti militia to plan the attack. and thereby made a significant contribution to the crimes committed.

But they concluded that it had not been proven beyond reasonable doubt that Katanga held sufficient authority to give orders or to punish commanders.

Judges unanimously acquitted the defendant of rape and sexual slavery because they concluded that these crimes were not part of the common purpose of the attack.

Katanga was also acquitted of the charge of using child soldiers. Although child soldiers were found to have been used by the Ngiti militia from 2002 onwards, including in the Bogoro attack, judges ruled there was not enough evidence to link them to Katanga.

Judge Christine Van den Wyngaert, disagreeing with her two colleagues on the bench, argued in a dissenting opinion issued alongside the judgement that she would have acquitted Katanga because the 2012 decision to re-characterise the charges violated his rights.

She said that Katanga’s lawyers did not receive proper notification of the new charges and were not given a reasonable opportunity to conduct their own investigations.

The judgement was originally expected to be issued in late 2012, but following the judges’ decision of November that year, it was delayed by more than a year.

Some experts in international criminal law argue that the re-characterisation of the charges is a real cause for concern.

Dov Jacobs, assistant professor of international law at Leiden university, told IWPR that after the judges altered the charges they essentially “took on the prosecutor’s role”.

“As a result, Katanga was essentially judged by his accusers,” Jacobs said.

Other commentators say that all in all, the conviction is only a qualified success for the prosecution.

Kevin Jon Heller, a professor of criminal law at London’s School of Oriental and African Studies (SOAS), pointed out that the Office of the Prosecutor (OTP) was essentially unable to prove any of the charges that it originally brought against Katanga, and which judges confirmed before the start of the trial.

“Had the trial chamber not been willing to substitute an uncharged and unconfirmed mode of participation for the charged and confirmed one, Katanga would have simply walked,” Heller wrote on his blog.

Phil Clark, a close follower of the ICC and an expert in international politics at SOAS, told IWPR that the conviction was only a partial success for the OTP.

“[OTP] will be relieved that Katanga – unlike his co-accused Mathieu Ngudjolo – was convicted, but disappointed that the most serious charges were dismissed,” he said. “This finding will be met with disbelief in Ituri, where Katanga is widely considered a key figure in the violence of 2002-03.”

Clark also expressed concerns over what the judgement said about the ICC as a whole, and suggested that the approach adopted by judges reflected the struggle to secure convictions during the court’s earlier years.

Aside from the acquittal of Ngudjolo Chui, the OTP has failed to get judges to confirm charges against a long list of suspects.

In 2011, judges at the ICC ruled that in another case relating to warfare in eastern DRC, there was insufficient evidence to try Callixte Mbarushimana, a senior figure in the Democratic Forces for the Liberation of Rwanda.

The following year, judges declined to confirm charges against two senior Kenyan officials. Prosecutors have subsequently dropped charges against a third suspect due to a lack of evidence. In December 2013, they announced that they needed to find further evidence to enable them to put Kenyan president Uhuru Kenyatta on trial, after a succession of witnesses had pulled out.

Clark says that past cases of this kind form the context in which Katanga was convicted.

“The fundamental concern here is that some ICC judges may feel a need to guide the prosecution by the hand in order to protect the court as a whole, not wanting to see early cases fall apart, which would discredit the entire institution,” Clark said. “This raises critical questions about the role of the ICC judges, especially in the early years of the court’s work.”

As well as voicing concerns about the change in liability, campaign groups are frustrated by the failure to convict Katanga for crimes of rape and sexual slavery.

Brigid Inder, the executive director of Women’s Initiatives for Gender Justice, said the acquittal was “a devastating result” for victims of the attack.

“We are extremely disappointed that the judges appeared to expect a different level of proof regarding Katanga’s contribution to these crimes than they required to convict him on the basis of his contribution to the crimes of directing an attack against a civilian population, pillaging, murder, and destruction of property, which were committed at the same time as women in the village were being raped,” Inder said in a statement.

The court will hold a sentencing hearing in due course. Both prosecutors and the defence have 30 days to appeal against the judgement.

Stewart McCartney is an IWPR contributor in The Hague.