Cold Welcome for Venezuelans in Trinidad

Migrants who leave their troubled country face more problems on the Caribbean island.

Cold Welcome for Venezuelans in Trinidad

Migrants who leave their troubled country face more problems on the Caribbean island. 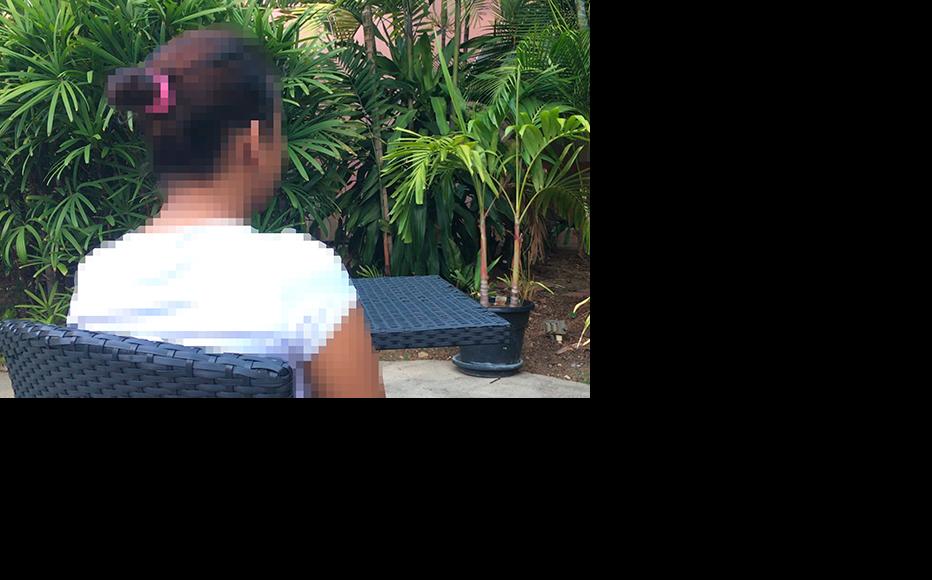 Twenty-two year old Marisol, who is Venezuelan, has submitted an application to obtain the status of political refugee in Trinidad and Tobago. (Photo: IWPR)
The link has been copied

When 19-year-old Christian Espinel left Venezuela for Trinidad and Tobago, he thought he was heading for a better life. But the only work he could find was as a bricklayer.

One day at work, a nail pierced his leg and he was taken to hospital. After undergoing tests, Espinel was diagnosed with leukaemia. He had no money and was in the country illegally, so was told to leave the hospital without treatment.

A few friends managed to gather the funds to pay for his trip back to Venezuela, but Espinel never made it to the plane. The teenager had a stroke at the airport and died shortly after, back at the hospital. He returned home, but in a coffin.

Espinel was among thousands of Venezuelans who have traveled to Trinidad and Tobago in recent years, and numbers are rising dramatically. In 2015, over 25,000 Venezuelans entered the country as “tourists”, compared to the 6,000 registered in 2013 and 2014. Citizens do not need a visa for Trinidad but can only remain on the island for 90 days.

A 22-year-old Venezuelan woman, Marisol (not her real name), heard about Espinel’s story through mutual acquaintances.

“I was stunned that Christian had no guaranteed rights just because he had remained in the country illegally.” she said. “Trinidad and Tobago is no country for migrants,” said Marisol.

Marisol has also experienced prejudice. After she narrowly escaped assault by a taxi driver who threatened to kill her if she didn’t give him oral sex, she turned to the police for help.

They refused to register the assault and instead asked her, “What were you wearing?”

But despite these problems, Marisol says she prefers to live on the island rather than in Venezuela. The food shortages, the world’s highest rates of inflation, the violence and the political persecution in her homeland have convinced her to stay.

Over two million Venezuelans have left the country since 1999, when former president Hugo Chávez rose to power.

Venezuela has the largest oil reserves in the world, according to the Organisation of Petroleum Exporting Countries (OPEC). But it now has the highest inflation on the planet, according to the World Bank, with forecasts indicating that this will rise above 680 per cent by the end of 2017.

Violence is also widespread. The murder rate  was 58 per 100,000 people in 2016, according to the UN. Over 100 protesters have died since demonstrations against the current government headed by president Nicolás Maduro began in April.

“Venezuela presents one of the worst crossroads in recent history” for “serious violations” of constitutionally guaranteed civil and political rights, said Érika Guevara-Rosas, director of Amnesty International's Americas division, when she visited the country in June to meet opposition members.

Venezuelan migrants head mainly for Colombia, the United States and Spain, according to oficial data. But Trinidad and Tobago has become another convenient refuge due to its proximity, as it lies only 100 kilometres off Venezuela’s northeast coast. The journey takes about three hours, and small vessels carrying between 12 and 16 passengers arrive at the main entry point of Los Cedros at least twice a week.

“Those who come here have no other choice,” said Rochelle Nakhid from the Living Water Community, an organisation that helps migrants in Trinidad and Tobago.

She added that it was impossible to truly know how many Venezuelans were entering the country.

“No one has that number,” she concluded.

The newcomers have few protections in Trinidad and Tobago. With a population of 1.3 million, the government says the country is too small to receive migrants. They also have crucial economic ties with Venezeula.

“Venezuelans face a difficult situation when they arrive in Trinidad,” said Farid Scoon, a Trinidadian lawyer who specialises in migration issues. “Our government and Venezuela’s government have many financial deals  so, their rights are not exactly a priority.”

The two  countries have signed a number of bilateral agreements on energy, including a March deal to build a gas pipeline.

And Trinidad and Tobago abstained from voting at a special assembly of the Organisation of American States (OAS), called in June specifically to analyze the situation in Venezuela. Neither of the two proposed declarations on Venezuela got the necessary votes to be approved.

“The situation is out of control and the authorities prefer to look the other way,” Scoon continued.

For Venezuelans to obtain legal status, they have to marry a Trinidadian citizen or obtain a student permit. If caught with no papers, they risk fines of up to 2,000 US dollars and can be imprisoned for an indefinite period in harsh conditions. Eventually, they face deportation.

One Living Water volunteer, a Venezuelan lawyer, arrived in the country with her Trinidadian husband. She said she was among the lucky ones, adding, “It’s quite likely that most of the people here may never get legal status.”

For homesick Venezuelans scattered across the island, Facebook is a crucial way to keep in touch.

Demand seems high among the migrants for a familiar taste of home. On one Facebook page, someone offered a can of Pirulín, a Venezuelan brand of chocolate wafers, for the high price of 50 Trinidadian dollars, or 7.4 dollars.

“I want a can, where can I get it?” asked another Venezuelan.

“I already sold them all,” the seller replied.

Trindad and Tobago, Venezuela
Migrants
Connect with us