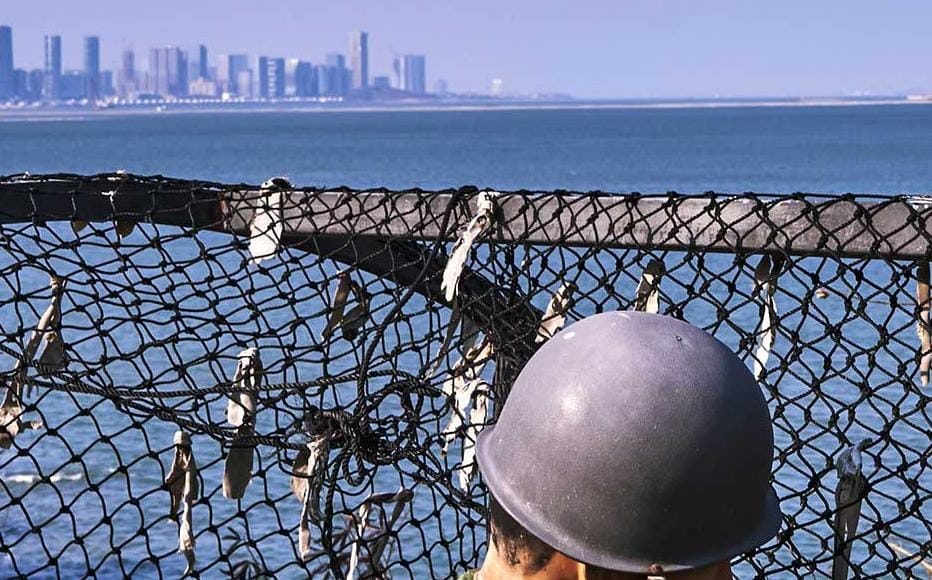 Figures of Kuomintang soldiers are seen in the foreground, with the Chinese city of Xiamen in the background, on February 04, 2021 in Lieyu, an outlying island of Kinmen that is the closest point between Taiwan and China. © An Rong Xu/Getty Images

China: Threats Loom in the Pacific

Beijing believes an epochal struggle for mastery is already underway.

Figures of Kuomintang soldiers are seen in the foreground, with the Chinese city of Xiamen in the background, on February 04, 2021 in Lieyu, an outlying island of Kinmen that is the closest point between Taiwan and China. © An Rong Xu/Getty Images
The link has been copied 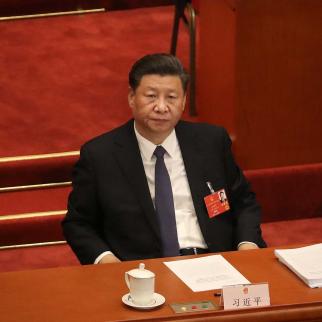 When a Chinese warship was challenged by a Taiwanese naval frigate in the waters north of the island on March 21, its response illuminated the looking glass world that underlies an ever-more dangerous geopolitical flashpoint.

The frigate warned the Chinese vessel to break off its approach to the island's territorial waters immediately.

"Taiwan is part of China, the Taiwan area has no navy," came the reply, later released on Chinese social media. "My navigation here is in accordance with Chinese law. Out."

The message was clear: you don't exist as a country and so you can't have a navy either - an encapsulation of Beijing's approach to one of Asia's most successful democracies and economies.

That thinking is fuelling a perilous confrontation as Beijing steps up its military and psychological pressure and makes clear that the absorption of Taiwan is a top priority.

The triumph of ideology over reality is an inevitable result of the diplomatic fictions that have governed relations between Taipei and Beijing for seven decades.

Those formulas under the banner of the One-China principle can no longer be relied upon to forestall conflict.

China regards Taiwan as a renegade province, an inseparable part of the Chinese nation that happens to be temporarily governed by a different party. It is unfinished business left over from the civil war that can only be resolved by "reunification".

Taiwan, styled the Republic of China, has officially mirrored that view, laying theoretical claim to sovereignty over the entire nation.

But the "independence" party now governs in Taiwan rather than the Chinese nationalists who fled Communist rule in 1949, and although it maintains a degree of ambiguity for fear of provoking Beijing, most Taiwanese want nothing to do with the mainland and its insistence on unity.

China is pursuing "grey zone" warfare tactics around Taiwan, which include probing the island's responses and defences with ever more powerful air and naval incursions.

Taiwanese generals are kept guessing as to Beijing's goal: unsure whether it is to test responses and capabilities with the ultimate aim of invasion, or to undermine morale and impress on defenders the inevitability of Chinese rule.

Only US power and deterrence has enabled Taiwan to preserve its de facto independence since 1949.

But Xi Jinping seems ever more confident in his insistence that the US is a busted flush, at least in the western Pacific, and that the time is approaching to call its bluff.

Xi has built his power at home on the premise that China's rejuvenation is at hand. Taiwan's defiance is a daily reminder of Beijing's former weakness and so an ever more urgent priority for a leader who styles himself a man of destiny.

Chinese propaganda outlets identify Washington as the guilty party, accusing the US of supplying Taiwan with offensive weapons and of breaking the sacred tenets of the One-China policy.

The Joe Biden administration has picked up where Donald Trump left off, increasing contacts with Taiwanese officials, short of official recognition, while maintaining ambiguity over whether it will fight to defend the island from attack.

In their acrimonious first meeting with Biden administration officials in Alaska, Chinese diplomats made clear the confrontation goes to the heart of the country's self-image and sense of its own destiny.

No country will ever again "speak to China from a position of strength," said Yang Jiechi, the Communist party's most senior diplomat.

State media picked up on the comments with relish, contrasting them with the humiliation of China by foreign powers during the colonial period.

Xi scented American weakness during the Trump years, noting the incoherence of its Asian strategy, the riling of long standing allies and the extent of Washington's domestic divisions and conflicts.

He may now calculate that the time has come to strike, before the US has the opportunity to retool its military to face China's growing capabilities.

Batteries of land-based missiles have been developed to keep American aircraft carriers at arm's length, well away from contested waters, even if the Chinese navy is still no  direct match for US battle fleets.

The crushing of the democracy movement in Hong Kong adds momentum to Chinese belligerence.

The now discredited "one country two systems" formula for Hong Kong was conceived to reassure Taiwan that unification could be achieved without sacrificing its freedoms.

That carrot no longer exists and Beijing is left with only a stick to convince Taiwan that resistance is useless and "secession" will lead to war.

Chinese strategists know, however, that Taiwan will be no pushover and that military force could backfire. The Biden administration has also shown itself alert to the danger, reinvigorating the military alliance with Japan and giving Xi more pause for thought.

Analysts say the ultimate goal of Chinese statecraft is still "victory without fighting", and Xi is likely to seek softer targets to test US resolve if he meets convincing deterrence over Taiwan. One possibility could be the seizure of the outlying Pratas islands, defended by a small Taiwanese garrison but lying closer to the mainland.

The strategy is to expose American indecision and play on recurrent fears in Taipei and other Asian capitals that Washington is not a reliable ally with a sufficient attention span.

Chinese fishing boats and militias have again been massing in the South China Sea, this time around a reef claimed by the Philippines.

Xi has already overseen the construction of military bases on reclaimed shoals and atolls across the South China Sea in a move to change the military balance.

The aim is to overawe neighbours such as Vietnam and the Philippines with sheer military muscle in disputed waters. Many believe the US will be loath to spill American blood for the sake of isolated reefs and shoals that mean nothing to the citizens of Nebraska or New Jersey.

In the Chinese world view, an epochal struggle is already underway for mastery in the Pacific and Indian oceans.

Xi tells his people that victory is inevitable but the timetable remains deliberately vague. If China meets weakness and indecision it will push forward, if it senses strong resistance it will press the pause button and seek softer targets.

Xi has shown himself comfortable with decisive action and risk-taking in pursuit of his ambitions. Most analysts believe he will try to avoid large scale conflict, but the scene is set for increased tension and a succession of war scares, as China feels the weight of its new power and pursues what it considers its historical destiny

China
Conflict, Diplomacy
Connect with us