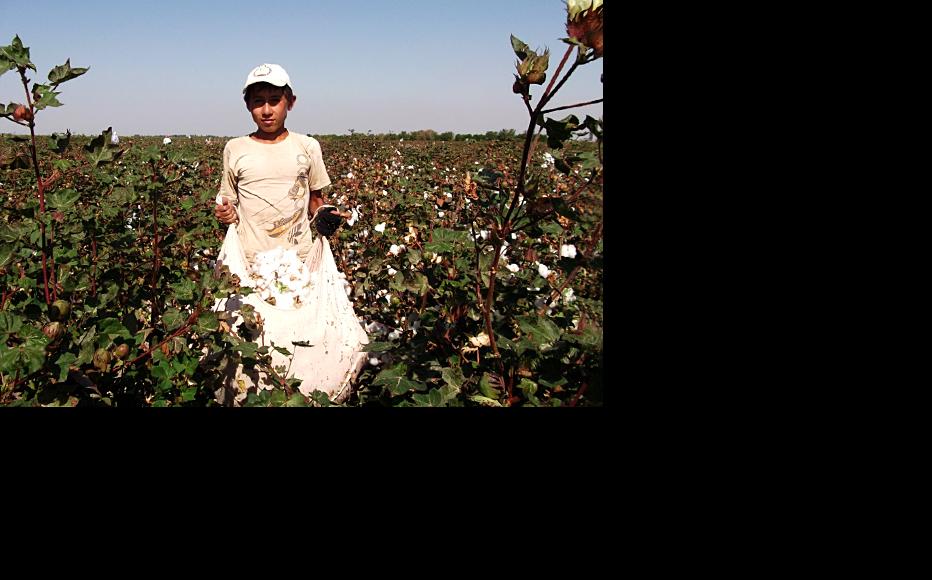 A sackful of cotton. Minors are set a quota of 50 kilograms a day. (Photo: IWPR) 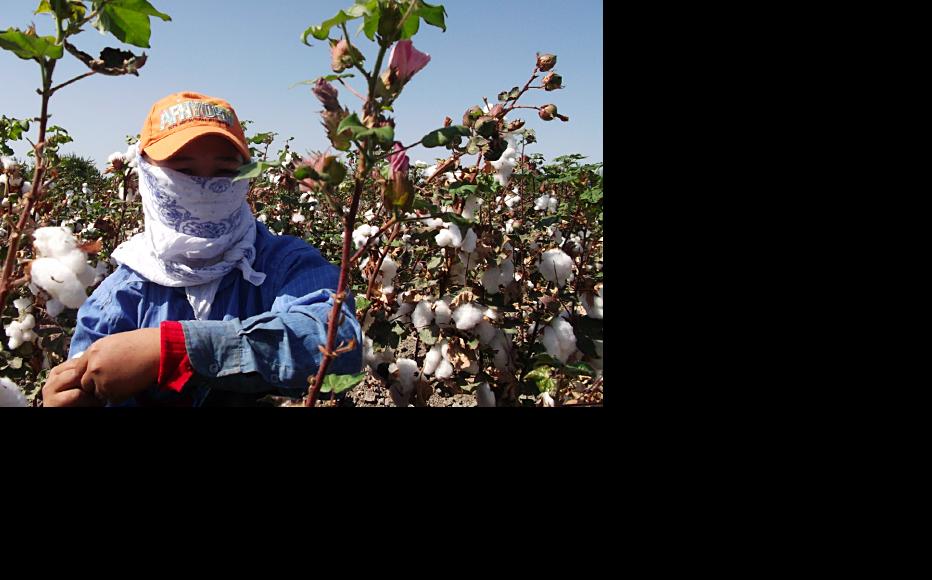 A girl wearing a mask to protect herself against the dust and fluff from the cotton. (Photo: IWPR) 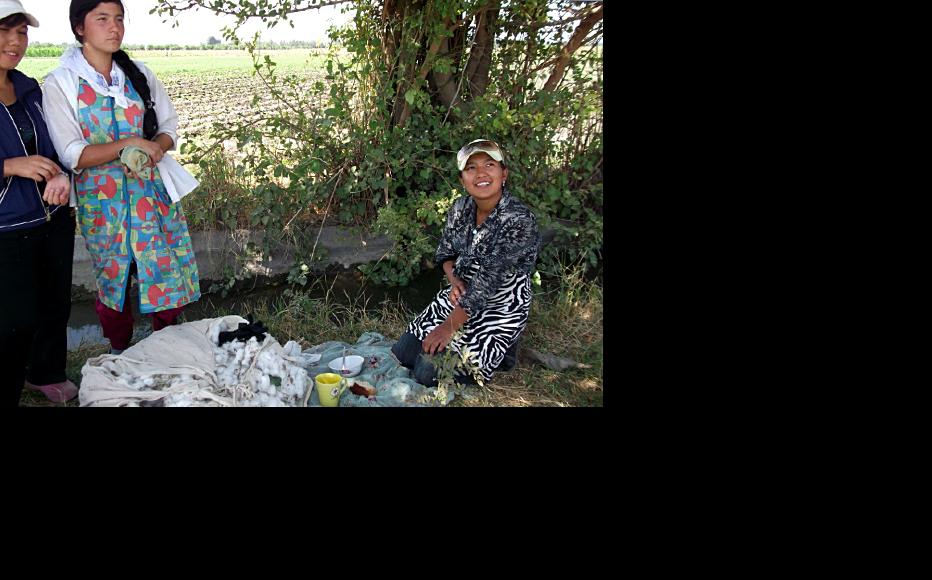 Young pickers are allowed a one-hour lunch break, with tea and bread brought from home. (Photo: IWPR)
The link has been copied

Despite efforts to conceal systematic breaches of national and international bans on child labour, the use of minors in Uzbekistan’s cotton industry continues to be well-documented.

This September, three years after the government formally outlawed child labour, saw the usual annual exodus of schoolchildren as well as university students to pick the cotton harvest.

Human rights groups say children in the seventh to ninth grades of school were sent out to the fields en masse from September 10, eight days after students were dispatched there. These reports are not of isolated incidents, but cover the Surkhandarya, Kashkardarya, Tashkent, Bukhara and Fergana regions and the semi-autonomous republic of Karakalpakstan. The pictures shown here are from the Bektemir district in Tashkent region.

The authorities are sensitive to international criticism of a practice they insist has been abolished.

According to Gulshan Karaeva, who monitors the use of child labour, "A few security-service officers stand guard near the children to prevent anyone recording the use of forced child labour.”

Strips of red fabric are used to mark off the fields where minors are working.
"It’s a marker for security officers to ensure that human rights defenders and journalists don’t approach that field, and also to prevent the children leaving the cotton plantations," a Tashkent-based media-watcher said.

The pickers are set a quota of 50 kilograms of cotton a day. If a child fails to gather the full amount, the shortfall is carried over to the next day.

According to one ninth-grade schoolgirl, "Boys used to gather more than girls because they felt sorry for them, and they’d give them 30 kilos each [to make up the difference]. Now everyone is being forced to gather the same amount."

The heat of the sun adds to the difficulty of the manual labour. Drinking water is in short supply, and children are banned from bringing mobile phones in case it distracts them from the work.

"Lots of the schoolkids have fallen ill but no one cares,” another girl complained. "A man called Shavkat Joraevich has been appointed to keep watch on us, and he shouts at us if we complain about the working conditions."

Some older children try to escape, but they are returned and given a public dressing-down.

In the summer, NBCentralAsia reported that parents were getting their children out of mandatory weeding work by paying a bribe, but for the autumn harvest, this is only proving possible for the youngest children. (See Bribery Only Way Out for Uzbek Child Workers.)

In 2008, the Uzbek authorities announced that they were banning the use of child labour – something whose existence they had previously denied. The policy turnaround was the result of mounting pressure from the international community, culminating in a boycott by major United States and British textile importers and clothing retailers. The following year, Uzbekistan ratified the International Labour Organisation Convention on the Worst Forms of Child Labour and the Convention on the Minimum Age for Admission to Employment and Work.

Since then, the government has dealt with well-documented reports of state-sanctioned child labour by the state by citing its adherence to these conventions, and arguing that this means any cases must involve children volunteering to help out.

Uzbekistan
Children
Connect with us