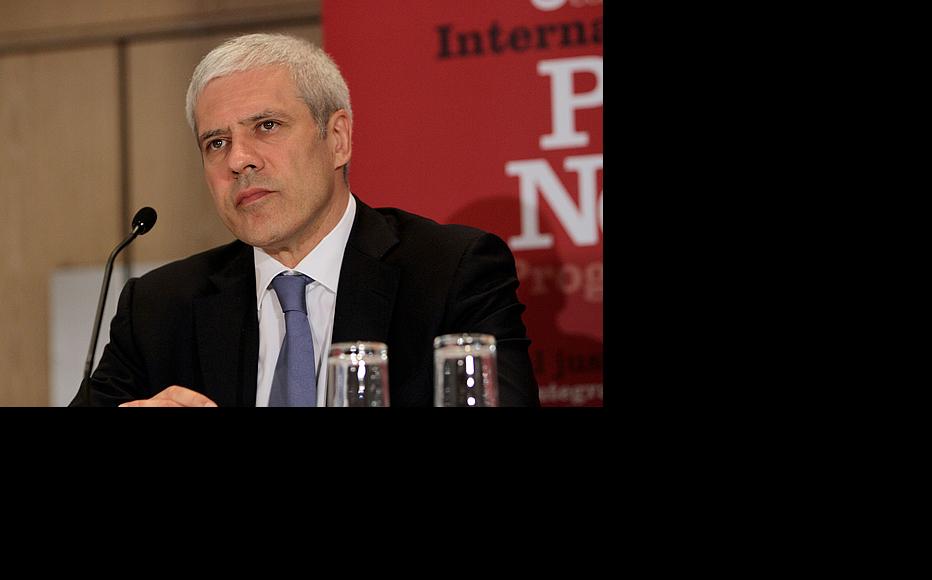 Serbian president Boris Tadic has promised to track down those who helped General Mladic evade capture. (Photo: Flickr/Greek prime minister’s office)
The link has been copied

When he told the world of General Ratko Mladic’s arrest on May 26, Serbian president Boris Tadic promised an investigation to find out who helped the former Bosnian Serb Army chief escape justice for so long.

However, analysts in Serbia have voiced scepticism that a truly comprehensive investigation is possible, because it might expose weaknesses in the security services and other parts of government, and complicity among some members.

Mladic was arrested in the village of Lazarevo in northern Serbia on May 26, after being on the run from the Hague tribunal for 16 years. Now in The Hague, he is charged with genocide and other war crimes committed in Bosnia during the 1992-95 war.

Announcing the news in Belgrade, Tadic said, “This is the end of the search for Mladic – but it is not the end of the investigation into who helped him evade justice, and into whether some government structures were involved in this as well. All those who helped Mladic to hide will be prosecuted.”

Serbia’s deputy war crimes prosecutor, Bruno Vekaric, backed this up, saying Mladic’s accomplices would be identified and prosecuted because their actions had damaged Serbia’s international reputation.

Serbian defence and political analyst Ljubodrag Stojadinovic notes that it unclear what Tadic meant by “government structures” – the current ones led by Prime Minister Mirko Cvetkovic, or the previous administration headed by Vojislav Kostunica.

As prime minister between 2004 and 2008, Kostunica openly opposed any extradition of Mladic to the Hague tribunal.

Stojadinovic says that if even if an investigation takes place, its findings are unlikely to be substantial, and some facts will be withheld from the public. The reason, he says, is that Mladic had informants inside the intelligence service and the police.

“Tadic should really focus on the period after 2003, when Mladic was banned from using military facilities in Serbia for shelter,” he argues. “It was obvious that in those first years when he went into hiding, Mladic was receiving help from the Serbian secret service. But that support ceased in recent years.”

Although a week has passed since the arrest, there are still few details of the operation that ended the long hunt for Mladic. But those circumstances that are known suggest he had few powerful helpers in recent months.

He was found at a small house in Lazarevo belonging to his cousin Branko Mladic. He had no bodyguards and did not resist arrest. Serbian media report that when he saw the police come in, he went up to them and said, “Congratulations, you have found the one you were looking for. I am Ratko Mladic.”

A number of his relatives with homes in Lazarevo, including Branko Mladic, were detained following the arrest, but were soon released. Under Serbian law, relatives cannot be prosecuted for helping a fugitive. That may have prompted Mladic to seek refuge with them when other options ran out.

“Mladic was successful in hiding all these years because he was always one step ahead – someone informed him about every search operation before it even began. Only when Mladic’s informants stayed quiet was he finally arrested,” Stojadinovic said.

The head of Serbia’s national council for cooperation with the Hague tribunal, Rasim Ljajic, has said the government was expecting Mladic to go and stay either with a relative or with wartime associates.

If true, Mladic’s isolation was in contrast to the position in earlier years, when he was said to have plentiful financial resources, tight security measures, and numerous people helping to conceal him.

"Mladic's channels of support were gradually cut off, and he had to rely on his relatives," Vekaric said.

According to Stojadinovic, “As long as Mladic had money, he had helpers. When there was no more money, he had no other option but to stay with his cousins, and that’s how he was found.”

Nevertheless, the final operation was not a foregone conclusion. Interior Minister Ivica Dacic told Serbian state television that the intelligence service was not sure that the information it received on Mladic’s whereabouts was any better than previous leads. There had been at least 35 similar operations in the past, all of them fruitless, he said.

The nearest the police got to Mladic was in 2006, when they arrested 11 of his former soldiers who were believed to be renting Belgrade apartments on his behalf. The men were put on trial, but ten were acquitted in December 2010; the 11th was convicted of illegal possession of weapons. (See Acquittals in Mladic Shelter Trial.)

The collapse of that legal process put the Serbian government in a tight spot, as it faced accusations that it was still reluctant to capture the general and punish those found to have helped him.

Last week’s decision to place the war crimes prosecutor in charge of pursuing all accomplices is clearly an attempt to change that perception.

Zoran Dragisic, an analyst on defence and political affairs, believes it is highly unlikely that a thorough investigation will happen – the cost would be just too high if it uncovered embarrassing failures and complicity on the part of the intelligence service.

“If the state had wanted to find Mladic, he would have been found,” Dragisic said. “The Serbian secret service has changed its name from the State Security Service to the Security Intelligence Agency, but there have been no changes to its structure or modus operandi, as that would be a threat to current and future Serbian governments.”

The case of wartime Bosnian Serb president Radovan Karadzic does little to inspire confidence. Arrested in Belgrade in 2008 while living under an assumed identity, he is now standing trial in the Hague. But no one was ever arrested for helping him to disappear over many years.

“It’s been almost three years since Karadzic was arrested, and we still don’t know the truth about his helpers. All we know is that he used the identity of one Dragan Dabic, but we don’t know who provided him with a false ID and helped him hide all this time,” Stojadinovic said.

“The security services still have a monopoly over that kind of information, and they reveal it as they choose. It was impossible for Karadzic or Mladic to hide without the knowledge of the security services. It’s highly unlikely we will ever be granted full access to information on those who helped these two fugitives hide from justice for so long”.