Space for critical debate shrinks further amid economic crises and fears over extremism. 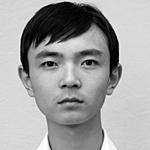 Space for critical debate shrinks further amid economic crises and fears over extremism.

Freedom of speech is deteriorating across Central Asia, with the authorities either shoring up already tight controls over media or taking further steps  to intimidate any independent voices.

Critics warn that anti-incitement legislation is being used by governments in the region to silence political dissent, while concerns about extremism are being exploited to clamp down on freedom of speech.

The only country which improved its ranking in this year’s World Press Freedom Index was Kazakhstan – but the authors of the annual report by Reporters Without Borders made clear that the modest rise was “due solely to the deterioration in many other countries”.

Turkmenistan, the region’s most closed state, has been ranked 178th out of 180 countries by the World Press Freedom Index since 2014, and this year was no exception.

A growing economic crisis has only exacerbated a situation where the media essentially serves as a propaganda tool for president Gurbanguly Berdymuhammedov.

“[The Turkmen media] never write about problems, any natural disasters, [as if]Turkmenistan has no problems at all. They never mention any problems in foreign countries, even terror attacks… Everything is presented in a positive way,” said Ruslan Tukhbatullin, editor-in-chief of the independent website chrono-tm.org, which covers Turkmenistan.

To get around this, most people watch Russian and Turkish TV via satellite, he explained.

National television reports consist of coverage of the official openings of new factories or public sector facilities as well as presidential visits to the regions, generally accompanied by lavish celebrations.

“Television in Turkmenistan seems to be made exclusively for the president,” agreed Ruslan Tukhbatullin, a Turkmen journalist based in Austria. “When all these celebrations and happy faces are shown on TV, people basically see… [that] TV crews seem to make the image exclusively for the president, who probably likes to see how well [he] runs the country and see the fruits of his labour.”

Most people rely on informal networks to share non-official news sources with each other. There are many avid listeners of Radio Azatlyk, the Turkmen service of Radio Free Europe / Radio Liberty, via satellite. Several journalists working for the station are in prison, charged with crimes unrelated to their professional activities.

Tukhbatullin said that the internet in Turkmenistan remained among the most expensive and slowest in the whole of Central Asia. Mobile internet, however, was growing in popularity, especially among younger people.

Recently, the Russian social media network Vkontakte.ru, was also blocked, although other resources such as Odnoklassniki.ru remain available.

Tukhbatullin said he expected that the current economic crisis, with falling energy prices leading to food shortages and a currency devaluation, would mean even tighter restrictions on freedom of speech.

“I don’t expect any changes, or see any conditions for any relief. On the contrary, Turkmenistan has major economic problems, and journalists are likely to be oppressed even more than before so that people don’t have to worry about this,” Tukhbatullin said.

Uzbekistan’s World Press Freedom Index ranking has also remained unchanged. The latest report rates it 169 out of 180, the same as last year and a slight drop from 2014-15 when it was placed at 166.

Few expect that newly-appointed president Shavkat Mirziyoyev will usher in any real changes on freedom of speech. The former prime minister replaced longtime leader, Islam Karimov, who died in August 2016.

According to Reporters Without Borders, nine journalists are currently serving time in prison because of their work.

Uzbek human rights defender Nadezhda Atayeva, who now lives in France and heads the Human Rights in Central Asia Association, said that Karimov’s policy of strict control would be maintained by his loyal disciple Mirziyoyev.

“There has been no development of independent journalism in the country so far,” she said. “All journalism is under [state] control.”

She said that a whole generation of journalists had grown up under this system and now identified themselves with the state, adding, “Many reporters based in Uzbekistan are used to self-censorship.”

The internet in Uzbekistan is less tightly controlled than in Turkmenistan. Although all websites with independent news about the country are blocked, it’s possible to bypass this through proxy servers. Social media is freely accessible, although users are well-aware of the limits to which they can freely express their opinions. Censors block any political messages.

Another vehicle is the mahalla - a traditional neighbourhood organisation– that has become an arm of the state and is used to inform on the public and keep order at grassroots level.

“Self-censorship [among citizens] is absorbed with their mother’s milk,” Atayev explained. “There is one more structure that exerts pressure - the mahalla committee that will criticise, shame [citizens] on behalf of the society. Uzbekistan is a collective society.”

There has been growing criticism of a trend towards authoritarianism in Kazakstan, ranked 157 by Reporters Without Borders this year.

Several journalists and media entrepreneurs are in prison, officially because of financial fraud and other criminal infractions.

However, rights experts believe that these charges are pretexts to shut down independent voices.

Most Kazak TV channels, including private ones, depend on state funding. This means that they tend to keep to the official government line.

“There are certain taboo topics that will not be covered on Kazakstani channels,” said Gulmira Birzhanova, a media lawyer from the Legal Media Centre in Astana. “For example, criticism of senior officials. You’ll never see it. If you see some criticism [it would be of someone of a lower rank.”

The authorities have gradually tightened up the law over the past seven years, including criminalising libel against civil servants and legislating against the incitement of discord on national, religious, regional and other grounds.

Birzhanova said these measures had been used to attack independent and opposition media. The legal changes had also led to even greater self-censorship by Kazakh journalists.

“Our authorities have been a little scared of what could happen after the Maidan events [the protests in the Ukrainian capital Kiev in late 2013 and early 2014 which led to the fall of the regime]. Probably, therefore, they decided to toughen up,” Birzhanova said.

“For example, after Maidan, a regulation appeared that, in the case of a state of emergency in Kazakhstan, all media outlets must first coordinate all their materials with local executive bodies [before their release].”

On the rare occasions that large public rallies have been held, including strikes by oil workers in the west of the country, most Kazaks only learnt about them from the internet. TV channels ignored these events.

There are fewer restrictions on the internet than there are on television. But opposition websites were shuttered several years ago, and other independent sites are either blocked periodically or shut down completely.

Birzhanova noted that the Kazakh authorities were also very aware of their image abroad, which the media community did its best to use as leverage in their fight for more independence.

She said that they worked hard to inform international organisations of ongoing dangers to freedom of speech, including inviting their representatives to trials of media figures.

“It does not always work, but we use it... and sometimes it helps,” Birzhanova said.

Tajikistan dropped from 116 in the RSF index in 2015 to 149 this year, amid rising censorship across newspapers, the broadcast media and the internet.

According to the National Association of Independent Media of Tajikistan, four independent media outlets were closed last year. Several more are on the verge of closure, and around a dozen independent journalists have left the country.

Access is blocked to media outlets including Asia Plus, Radio Ozodi (RFT/RL Tajik Service) and Ozodagon. Social media such as YouTube, Facebook and Odnoklassniki.ru are also blocked, and most internet providers block applications that allow anonymous surfing.

The authorities have justified such measures by citing the struggle against religious extremism and terrorism.

Nuriddin Karshiboev, the head of the Independent Media Association NGO in Tajikistan, said that the authorities were simply frightened of the power of independent media.

“They gradually have strengthened presidential rule,” he said. “They made sure that now they can put pressure on freedom of speech, work explained by other factors – fighting terrorism and violent extremism. For them it is a good pretext to limit any rights: from freedom of speech to freedom of worship.”

Karshiboev suggested that this strategy may backfire. With state media discredited, people could turn to alternative sources and end up recruited by extremists.

“The trend shows that independent Tajik media will be weakened. And we, as the representatives of independent media, have to work hard to develop a protection strategy to defend our interests and try to work within the law so as to avoid any problems,” he said.

Kyrgyzstan remains the region’s most liberal country, but even there, standards of freedom of speech are falling. Reporters Without Borders ranked it at 89 this year, a drop of four points from last year.

Kyrgyz independent and opposition outlets are free to compete with state-run media, and journalists can openly criticise the government.

However, observers note that the public TV channel, OTRK, often follows the state position. Its news programmes have been strongly criticised for bias against opposition figures while maintaining a consistently positive line towards the president’s activities.

Most recently, the prosecutor general filed lawsuits against a number of independent media outlets on behalf of President Almazbek Atambaev.

Zanoza.kg and Radio Azattyk (the Kyrgyz service of Radio Liberty) face vast fines if found liable, while separate lawsuits have also been filed by the presidential SDPK party against the independent news agency 24.kg and human rights activist Rita Karasartova.

Begaim Usenova, director of the Media Policy Institute (MPI), which has taken on the legal representation for Zanoza.kg and Radio Azattyk, said, “The fact that the lawsuit has been filed by the prosecutor general in favour of the president cannot but put double pressure on the judges. But despite this, the courts must not satisfy the claims of the lawsuit in full.”

Even if the court ruled against the defendants, she warned that the proposed level of damages would effectively destroy the media outlets involved.

Usenova noted that such judicial proceedings ostensibly to protect the complainant’s honour and dignity were common, adding that each year her organisation represented 20-25 journalists in court.

“Lawsuits have always been used.  Everyone pays attention to the president’s lawsuits only because they are filed on behalf of the president. The situation when media outlets are being sued is not something new, it is a regular situation.”

However, these cases were resolved in a sensible manner, she said, with judges rejecting the imposition of large fines in favour of the publication of a retraction.

“Very often trials end with amicable agreements or a withdrawal from proceedings,” she said.

What was now important was for the media community to refuse to let the president’s actions intimidate them, she continued.

“Despite the fact that the lawsuits filed by the prosecutor general on behalf of the president are pending, journalists must not apply self-censorship, but should reveal the shortcomings in the system with even more professionalism, journalistic standards and [adhering to] our laws,” Usenova said.