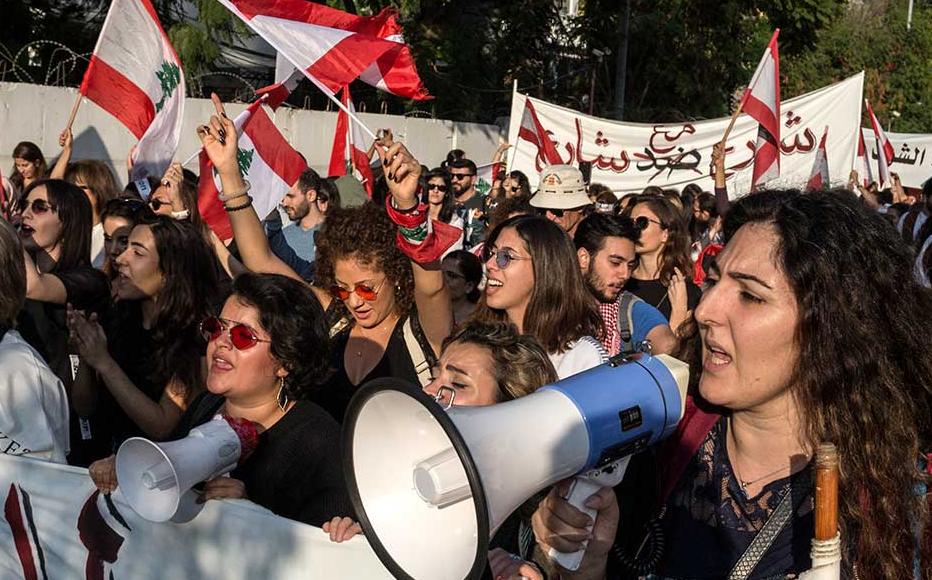 Demonstrators protesting for women's rights and against government corruption march through Beirut, Lebanon on November 3, 2019. © Sam Tarling/Getty Images
The link has been copied 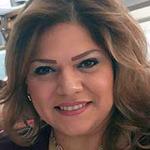 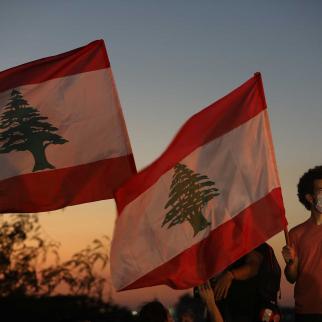 Demonstrators mark the one-year anniversary of anti-government protests on October 17, 2020 in Beirut, Lebanon. On the one year anniversary since the unprecedented mass protests of Lebanese demanding political change as the country buckled under social and economic devastation. © Marwan Tahtah/Getty Images

How can we recover from our crisis and rebuild our country if we cannot speak out? 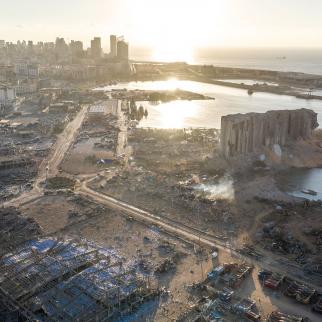 An aerial view of ruined structures at the port. © Haytham El Achkar/Getty Images

Beirut Burns With Rage and Grief

Citizens know that corruption and incompetence created this apocalyptic disaster.

Lebanon is experiencing an economic crisis partly fuelled by the coronavirus pandemic and aggravated by the catastrophic explosion that tore through Beirut last August.

Randa Yassir, executive director of youth and women’s rights NGO the Smart Center, explains here how deteriorating conditions may have grim consequences for gender equality and freedom of speech.

IWPR: What progress has there been in Lebanon in recent years for women’s rights in general and their freedom of expression in particular?

Randa Yassir: Although Lebanon used to be considered one of the freest countries in the Arab world, there has still been little progress in most areas of gender equality.

Lebanon’s social, legal, and political foundations are built upon a system and structure of patriarchy. Decision-making is monopolised by men and women face constant challenges and harassment, as well as discrimination under 17 distinct religion-based personal status laws.

Among the repressive methods used to curb freedom of expression for both men and women are assaults on social media activists, journalists and protestors, with detentions, prosecutions and intimidation.

Cultural norms still shape the environment. In some parts of Lebanon, a woman may be rejected by her family, husband, children or even wider community for speaking out freely.

Women are seen as secondary to men, and responsible for unpaid domestic work. For example, the coronavirus quarantines and economic crisis have left women bearing so much more of the burden. I worry that the emotional and financial implications of this will lead to a situation where freedom of expression is not a priority. Women will be too intimidated.

Are there any sectors where it is deemed more socially acceptable for women to have a public voice? What is being done to ensure more opportunity for freedom of expression?

Women have more opportunities to express themselves freely in the media sector, NGOs and online.

There are prominent female journalists in Lebanon, like Dima Sadek, Luna Safwan and Mahassen Moursel, but they are often subjected to hostility because they are independent and refuse to follow the editorial line of the media of the community to which they are supposed to belong.

But women are called names such as “whore” for expressing a political opinion; men would not be treated in the same way. It’s not easy being a woman in the public sphere because she can be bullied, threatened and suffer all sort of sexiest insults.

On July 13, 2020, 14 Lebanese and international organisations announced the formation of a coalition to defend freedom of expression.

But while parliament is indeed currently debating a new media law, it is not consulting members of this coalition while drafting it, and if it passes it may set Lebanon even further behind in protecting freedom of speech.

What role have women taken in the peaceful popular protest movements that sprung up across Lebanon in October 2019?

There was a strong female presence - it seemed like half the demonstrators were young women. They showed a particular courage and strength, taking their places at the front of the demonstrations.

In a recent report, the Gulf Centre for Human Rights (GCHR) underscored the importance of their role, stating that “the women who have filled squares and roads have acted as a buffer between the security forces and the protesters; their fearless participation has given the protests a strong feminist dimension”.

But the protests also made clear the determination and aggression of the security forces, which used excessive force against peaceful protestors, killing and injured many of them.

Although Lebanon’s constitution guarantees freedom of expression “within the limits established by law,” the authorities employed criminal defamation laws to detain and charge individuals for speech critical of the government

To silence people, the prosecution and security agencies together used a range of physical and psychological interrogation tactics to humiliate and punish those who dissented.

What opportunities and risks have accompanied women’s increasing access to digital forms of expression?

Previously, women didn’t have the avenues to express themselves and their opinions. With the proliferation of digital platforms, women’s voices were amplified and they could participate in on all kinds of discussions and exchanges of knowledge. Some used fake identities or accounts, or relied on the fact that their relatives were not familiar with social media.

Online can be a “safe” space, relatively free from cultural criticism, where women can learn more about freedom of expression and women’s empowerment worldwide. The possibility of financial independence through online work is also important.

At the same time, there are great personal dangers online: sexual harassment, bullying, misuse of photos and threats that carry on into real life. There have been cases of assaults by security officers, political activists and friends, even attempted assassinations due to women’s online activity.

How do you see the future of women’s rights and freedom of expression in Lebanon?

There is monumental work to do. Women have to fight as always to reach a minimum of freedom in general, let alone freedom of expression.

The first step is to fight for participation in the country’s decision-making on an equal footing with men. This way we can ensure the adoption and implementation of active gender equality policies in all fields.

As a beginning, a quota system should be introduced for parliamentary elections to ensure women’s participation.

We also need to end discrimination and inequality in women’s wages and management positions, as compared to male colleagues. The current law depriving women the right to pass Lebanese nationality on to their children needs to be overturned, as well as legislation denying their right to abortion. Rape needs to be criminalized and penalised in all its forms.

A gender-sensitive educational curriculum should be introduced to end the promotion of the image of a woman as solely a mother, wife and caregiver.

And last but most certainly not least, the role of women’s civil society organisations - and ensuring they have continuous support - is crucial if we want to see any meaningful change, whether in Lebanon or in the region as a whole.