Abuse of fellow-pupils seen as part of wider culture of lawlessness and violence.

Abuse of fellow-pupils seen as part of wider culture of lawlessness and violence. 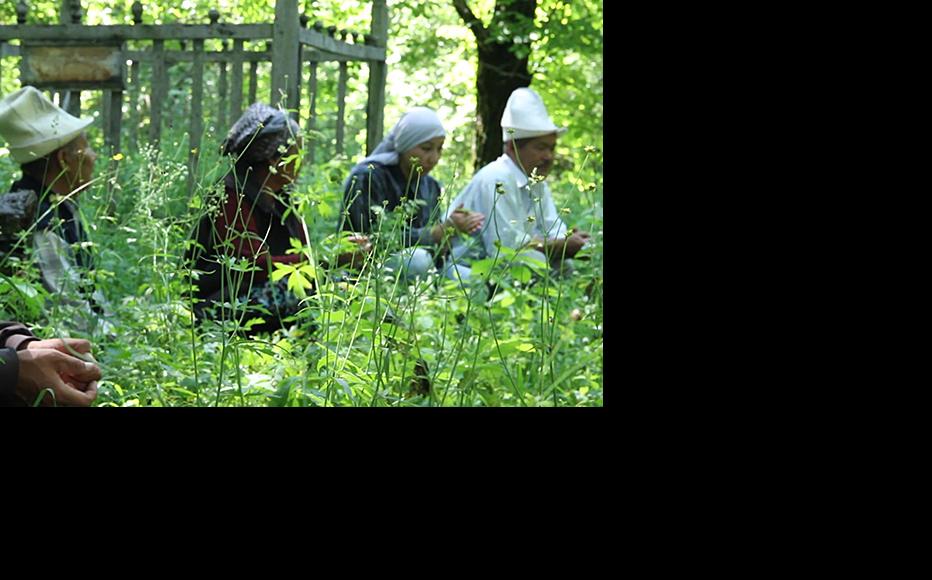 Relatives at the grave of the 16-year-old who died after being assaulted at school in Kyrgyzstan. (Photo: Pavel Konovalov)
The link has been copied

Bishkek schoolboy Arsen has suffered more than his fair share of bullying in his young life.

Three years ago, aged 11, he was victimised by two older boys at his school in Kyrgyzstan’s capital city. Over three months, they beat him up and forced him to hand over money, threatening to kill him and his mother, a single parent, if he refused.

Arsen explained away the bruises on his body as sports injuries, until the bullies came round to his house, knowing that his mother Jamila ran a kiosk next door. They forced Arsen to hand over 100 US dollars from the household savings.

Recounting her family’s ordeal, Jamila was unable to conceal her frustration at the lack of support she received after she discovered the truth about the theft and contacted the school and the police.

“They all kept telling me that school extortion was pretty common and I should just be happy that my son hadn’t been harmed,” she said.

In the end, no action was taken because the boys concerned emigrated to Russia, but Arsen was ostracised by his fellow-pupils for reporting the bullying, and he had to move to a different school.

The bullying started up again at the new school. But this time, things were different. Arsen told his mother, and she went straight to the school administration.

Other boys at the school face similar harassment, but neither they nor their parents want to report it, he said.

Arsen’s experiences reflect the widespread culture of bullying in Kyrgyzstan’s school system. Victims are reluctant to report cases and schools lack the mechanisms to crack down on extortion, known locally as “racketeering”. In 2009, IWPR reported on a case where a pupil’s death led to a trial that focused public attention on the issue.

In a more recent case, four final-year pupils from a village in southern Kyrgyzstan, were jailed in December 2012 when a 16-year-old lost consciousness and died after being beaten up for withholding money. The attacker who dealt the fatal blow was charged with murder and sentenced to eight years in prison, while the other three received sentences of up to three years.

Last year, the League of Children’s Rights Defenders reported that juvenile crime prevention officers were spread thin – one for every ten schools – and lacked basic resources like travel expenses.

Backed by the Kyrgyz authorities and the United Nations children’s agency UNICEF, the School Without Violence scheme encourages open discussion of bullying and establishes a framework through which pupils can seek help and report abuse anonymously.

Experts hope the initiative, which has been rolled out across the country since April 2013, will go some way towards changing the situation.

The programme is being implemented and monitored by specialised teams in the schools, and there is a mediating service to resolve conflicts. In the capital Bishkek, the authorities have also increased the number of police officers working with schools.

Nazgul Turdubekova, director of the League of Children’s Rights Defenders, said School Without Violence had already shown its worth. In a two-year pilot launched in 2011, children attending the 20 participating schools were more willing to report bullying.

Experts say behavioural problems in the schools cannot be tackled just by applying resources, since the education system simply mirrors a wider problem of societal lawlessness. Since 2005, Kyrgyzstan has had two revolutions, mass ethnic conflict and sporadic unrest. Many believe that organised crime is closely tied into the political and business worlds.

“One of the main causes of school racketeering is the criminalisation of society as a whole, and the emergence of a ‘cult of the strong’ among schoolchildren,” Galina Vasileva, coordinator of the School Without Violence programme, said.

Although studies have shown that the perpetrators of bullying come from a wide range of backgrounds, their victims are generally the most vulnerable children. Alexei Petrushevsky, who runs a shelter for homeless children, said this group is often targeted.

“They are seen as easy prey, since they have no one to protect them,” he said. “But they don’t have any money to spare, so they end up doing all they can to find the money, or else they stop attending classes.”

“It is very rare for children to complain about school extortion,” Petrushevsky said, explaining that fear of being judged by peers is so strong that victims prefer to suffer in silence.

He recalled an incident when one of his pupils was unable to cope with the pressure and took an overdose of sleeping pills. The child survived, but still refused to file a complaint against his persecutors.

Minors aged 14 or above can be held criminally liable for extortion and associated offences like theft and assault. Penalties include community service, fines or detention.

But the culture of impunity is so widespread that juvenile offenders often believe they can often bribe their way out of trouble.

“Children aren’t blind. They can see what’s going on in this country,” Petrushevsky said.

Kyrgyzstan
Children
Connect with us