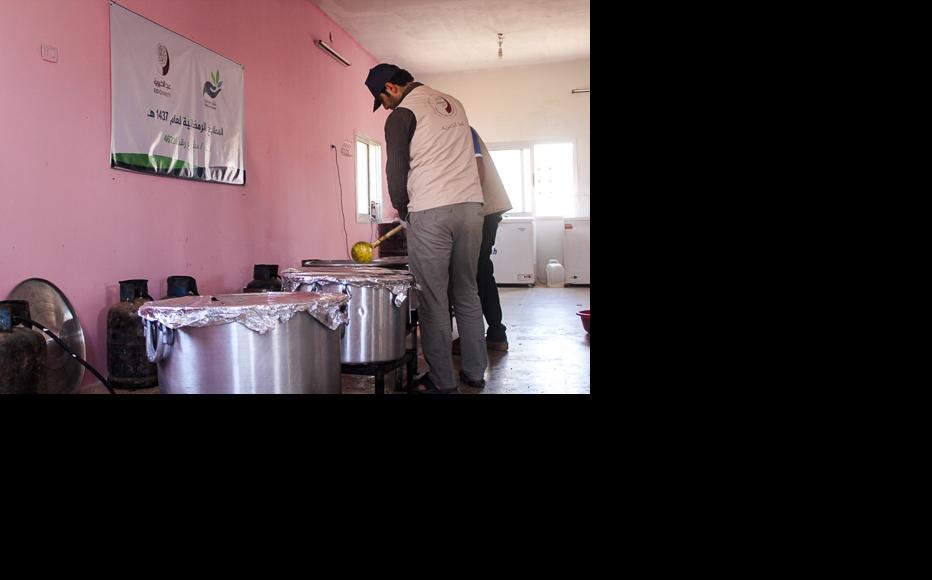 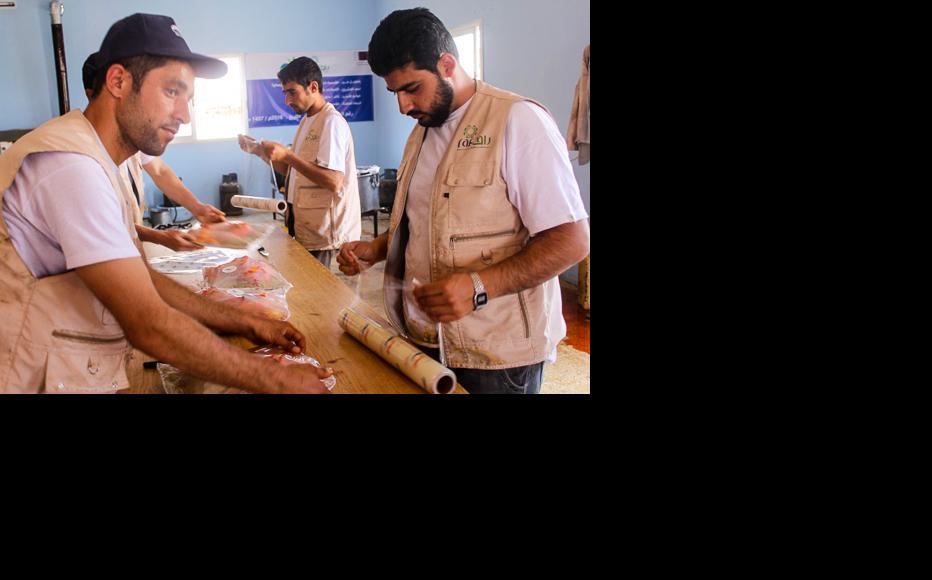 Packed meals are delivered to the houses of the destitute. (Photo: Ahmad al-Salim) 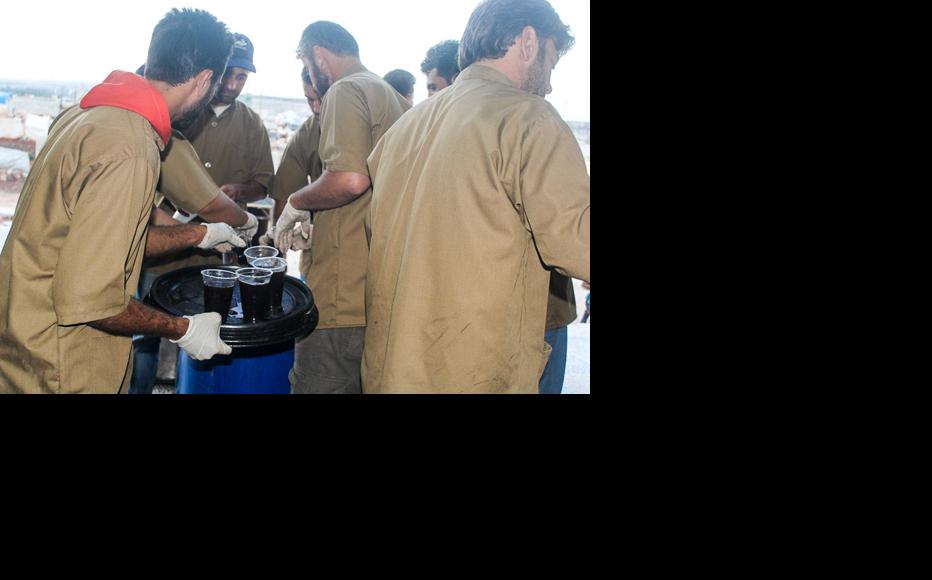 A group of banquet attendees pray before breaking their fast. (Photo: Ahmad al-Salim) 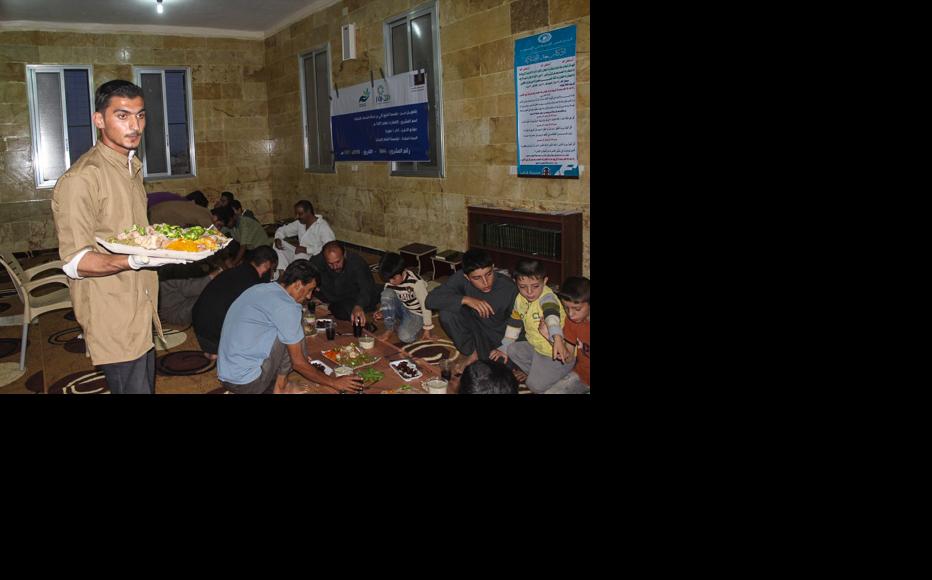 Relief organisations in Idlib have been helping the destitute and displaced celebrate Ramadan by hosting traditional iftar meals so they can break their fasts.

Field kitchens and restaurants set up in opposition-held areas cooked banquets so people could eat together at sunset during the holy month.

Damascus Bureau’s Ahmad al-Salim visited a number of these kitchens and took the photographs above.

Syria
NGOs
Connect with us