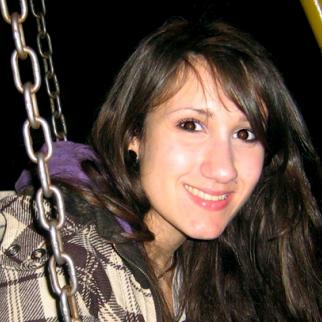 Amra Draginic, one of many young Bosnians who prefer to travel abroad than to other parts of their country. (Photo: Mirza Ajnadzić)

Influenced by the prejudices of their parents and local media, youngsters rarely travel beyond their entity's borders. 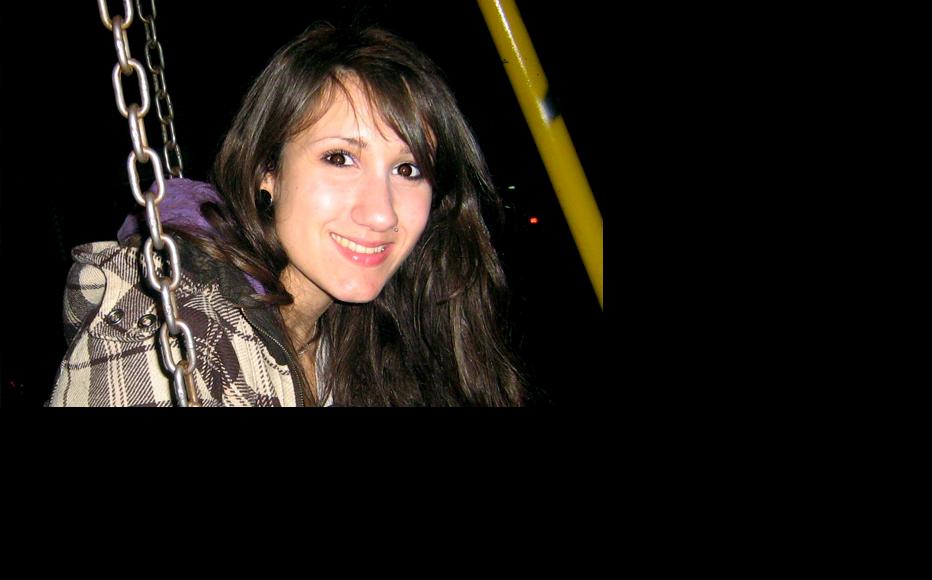 Amra Draginic, one of many young Bosnians who prefer to travel abroad than to other parts of their country. (Photo: Mirza Ajnadzić) 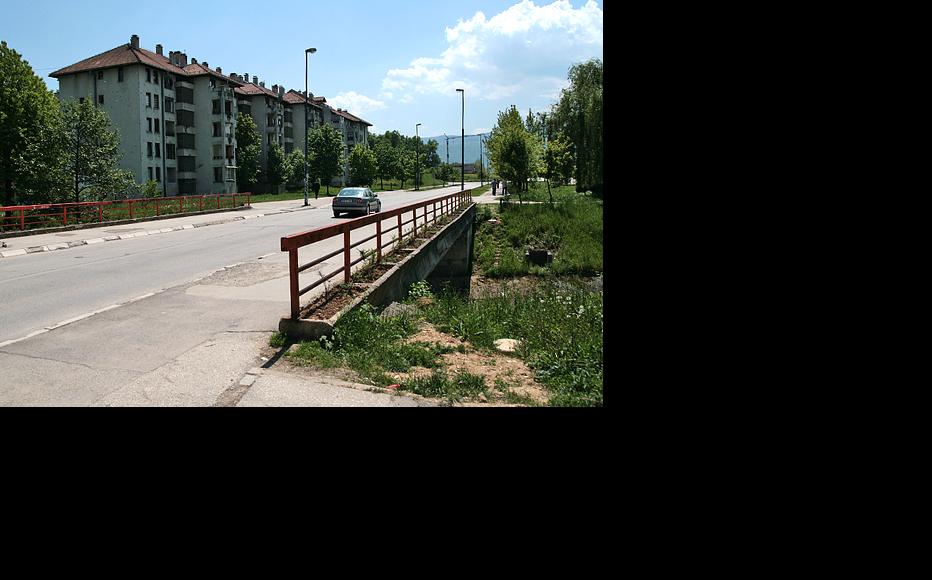 Location of a wartime frontline in the Dobrinja suburb of Sarajevo. (Photo: Mirza Ajnadzić) 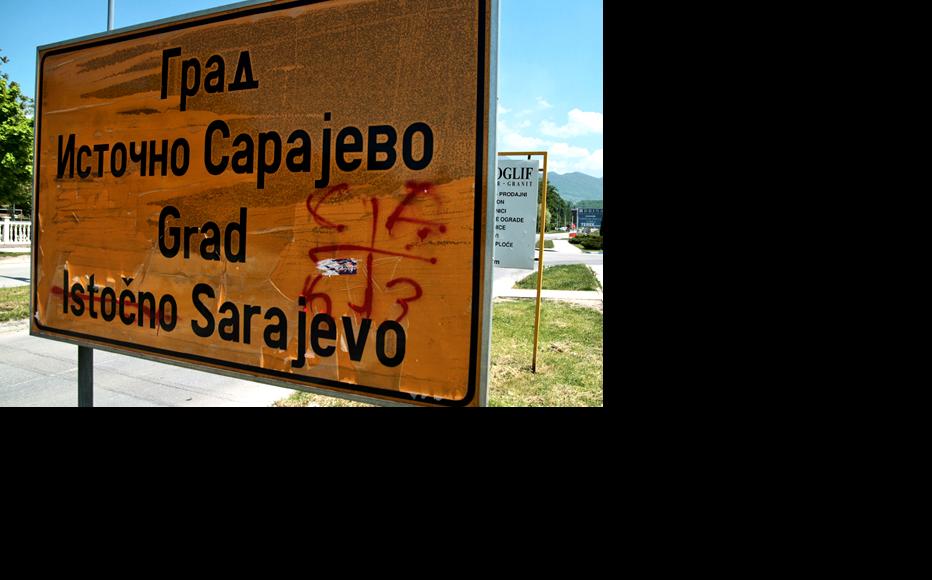 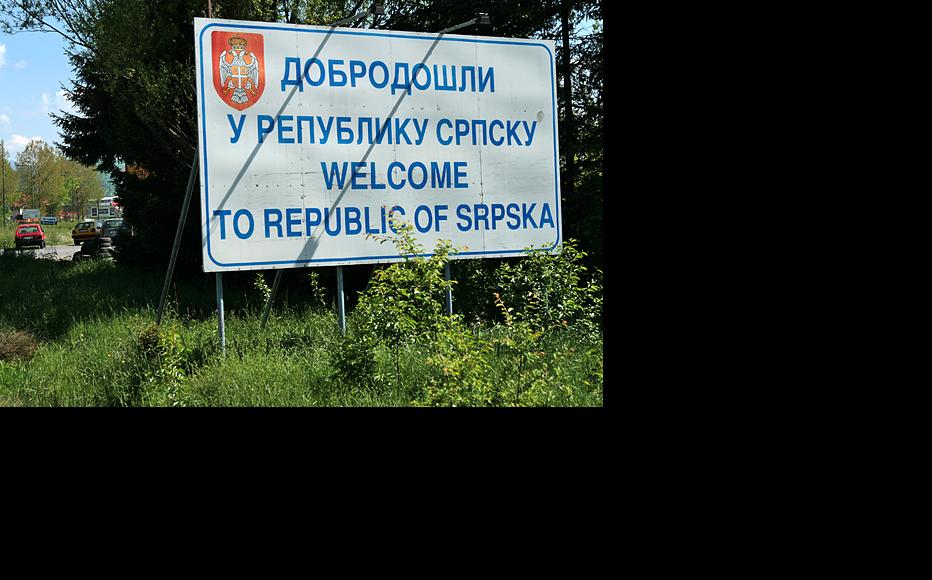 Road sign in Lukavica, on the outskirts of Sarajevo. (Photo: Mirza Ajnadzić)
The link has been copied

But I was also aware that visa liberalisation for BiH would do nothing to bring Bosnian youth together. We know so little about people of our own age who live in other parts of the country - be it the Bosniak-Croat Federation, or the predominantly Serb Republika Srpska, RS - and yet there seems to be no willingness on our part to change that and bridge the gap which separates us.

This is why I decided to write a story for IWPR about the divisions among young people in BiH.

I myself am an open-minded 24-year-old journalist living in Sarajevo, Bosniak by ethnicity. I liked to believe that I had no prejudices against people of my own age in other parts of Bosnia, but that was to be tested during the process of researching and writing this piece.

I started my trip in Banja Luka, the capital of RS.

In early spring, I got on a train at the main station in Sarajevo, and five hours and several weird encounters on the train later, I arrived in the RS. At the first glance, it didn’t seem to be much different from the Federation in which I live. The only indication that I was in another entity was a big sign reading “Welcome to Republika Srpska“.

My first two interviews were with two young people from Banja Luka, Dejan Matijevic and Irena Teodorovic, who told me about their own perception of Sarajevo and their take on the divisions within the Bosnian society.

When we finished the interview, Irena walked me to my hotel room and told me about her recent trip with her folklore group to an international festival in Italy. Irena said she and her friends did not want to socialise with Turks because her own people, the Serbs, “were under Turkish rule for over 500 years”.

Although I was very surprised to hear that, I did not let it show.

I honestly could not understand how she could form such an opinion about other people based on something that happened several hundred years ago. To me, even Bosnia's 1992-95 war seems like the distant past, although it happened less than two decades ago.

But then I remembered that this antagonism towards Turkey has been to a large extent consequence of the public attitude of the RS officials towards this country, particularly its president Milorad Dodik.

Turkey has recently become more involved in the Balkans, mainly through initiatives promoting dialogue, reconciliation and moving forward. However, these efforts have been interpreted by Dodik and his followers as Turkey's attempt to Islamize this region and to establish the same influence it had here 500 years ago.

But I was hoping Irena’s opinion did not reflect the views of all Bosnian Serbs, so I tried to get as much information as I could from Dejan.

He told me that some of his friends could not understand how he as a Serb could spend a night in a house of a Bosniak in Sarajevo without fearing for his life. That made me wonder whether I should fear for my life in Banja Luka. I didn't get the impression that I should, because people I met there were very open and friendly. But I was thinking about Dejan's words all night long, as I struggled to get some sleep before doing some more interviews in the morning.

The next day, I met in a local pub with my old acquaintance, Djurica Stula, a young musician from Banja Luka. We started talking about the borders between the Federation and RS entities and how they divide young people in this country. Djurica told me that many people in the RS have unfounded prejudices about Bosniaks and that Sarajevo disgusts them. I was quite shocked to hear that.

Of course, I was aware that the Bosnian war left deep scars in people's memories and that it will take decades before they are ready to overcome the prejudices they have about each other. But I was still disappointed to see how deep these divisions were and how difficult it would be to remove them.

I was not brought up to hate anyone and would never embrace someone else's opinion as my own, especially if it's about things or places I know nothing about. I came to Banja Luka open-minded, hoping to find out more about the city and its people, and to meet my young people who have similar views. Unfortunately, although I talked to many of them, very few seemed to be reading from the same script as me.

My next trip was to the “divided city of Mostar”, as it was often described in the media. The city comprises Bosniaks and Croats who fought against each other during the war. Although they are no longer bitter enemies, there is still a lot of mistrust between them.

Is Mostar really as divided as they say it is? That was the question I asked Robert Jandric, a Bosnian Croat from the youth cultural centre Abrasevic. He answered that although many people in the city accept the fact that it is today divided into two parts - Bosniak and Croat - even more believe that Mostar belongs to all of them equally.

Robert told me he believed Bosnian youngsters are today divided on so many levels not only because memories of the war are still fresh, but also because they didn't travel around the country when they were growing up and forming their opinions. In his view, this is the main reason why young people of different ethnic backgrounds distrust each other so much.

I have always believed that BiH society needs a revolutionary shift in thinking and willingness to change things. However, young people lack the
strength to help bring this about. We think our problems are only ours and that everybody else is in a better situation than we are.

Working on this story, I realised that Banja Luka, Sarajevo and Mostar may not be very far from each other in terms of physical distance, but in people’s minds they might as well be on different continents.

I also realised we were not the only ones to blame for this - Bosnian politicians are keeping themselves in power by promoting division. According to one of my interviewees in Banja Luka, professor and psychologist Srdjan Dusanic, politicians always use ethnicity to cover up real problems such as the poor state of the economy and unemployment. Whenever they tell their compatriots that their ethnic identity is threatened one way or the other, all other problems seem smaller in comparison.

Divisions among people, especially the young, suit those in power, but not many youngsters realise this. The problems we are facing, regardless of the entity we are living in, are almost identical, but somehow we fail to see that.

The only way to overcome divisions within our society is to get to know each other. The first step should be enabling children from the whole country to meet and socialise.

If we allow people to make their opinions based on their own experience and their own encounters with people from other towns and of different ethnic background, then it will be impossible to maintain the fears and the prejudices that keep us apart.