Bosnia's "Others" Fight for Their Rights

Bosnia's "Others" Fight for Their Rights 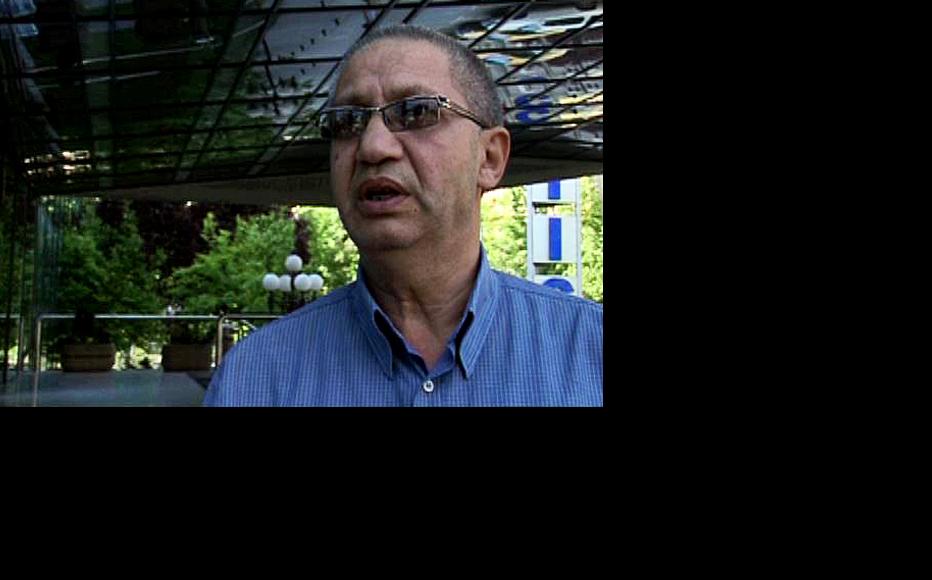 Dervo Sejdic, who went to the European Court of Human RIghts to contest his inability to stand as a candidate for Bosnia's three-member presidency because he does not belong to any of the three main groups. (Photo: Mirza Ajnadzic)
The link has been copied

The peace agreement which ended the 1992-95 war left Bosnia and Herzegovina with a massively complicated, multi-tier political system. But constitutional principles designed to bind Bosniaks, Serbs and Croats together in common structures have ended up excluding minority groups from rights to which they would otherwise be entitled.

The preamble to the constitution makes a fundamental distinction between two categories of citizen – the Bosniaks, Croats and Serbs, termed “constituent peoples”; and a second group, the “others”. That includes Roma, Jews, and other minorities, plus people who do not choose to declare themselves part of any ethnic group.

The constitution formed part of the Dayton Peace Agreement which ended the war, and can only be changed by both houses of Bosnia’s Parliamentary Assembly.

The constitution explicitly restricts membership of two elected institutions to the “constituent” groups. These are the three-person presidency – conceived in Dayton as a Bosniak-Serb-Croat triumvirate – and the House of Peoples, a senate-style upper chamber with 15 seats divided equally among the three main groups, with no opportunity for others to enter it.

Observers say the constitution is discriminatory and institutionalises the less-than-equal position of the “others”. It should therefore be amended as soon as possible, they say.

In 2006, two prominent “others” challenged their exclusion from eligibility for the House of Peoples and state presidency, taking a case against the state of Bosnia and Herzegovina, BiH, to the European Court of Human Rights in Strasbourg.

Dervo Sejdic, of Roma heritage, and Jakob Finci, who is Jewish, won their case in 2009, with judges ruling that preventing them from standing for election was discrimination.

The ruling also said the Bosnian constitution should be brought into line with the European Convention on Human Rights, ECHR, by removing discriminatory provisions.

“This convention [ECHR] says that we are all equal and that individual rights supersede collective rights,” Sejdic told IWPR. “I therefore found it illogical that [the constitution of] BiH recognised only constituent peoples and their rights and obligations. It states that there are categories of ‘others’, without even defining who they are or what their rights are.”

Although the constitution draws this distinction, Bosnian law does not have mechanisms for identifying ethnic background. It may be clear what an individual is from his name, but the main way the issue becomes relevant is when one has to declare membership of one or another group in some document.

As the ruling made clear, while a declaration of Bosniak, Croat or Serb affiliation was a legal prerequisite to election to the presidency and senate, “ethnic affiliation is not to be taken as a legal category, since it depends exclusively on one's self-classification”. So the division into constituent peoples and “others” is built on shaky foundations, in which – as the ruling put it – “there is neither a legal obligation to declare one's ethnic affiliation, nor objective parameters for establishing such affiliation.”

Despite this, state institutions are using self-declaration as a way of maintaining ethnic quotas and – intentionally or not – perpetuating the exclusion of “others”.

IWPR contacted the office of one BiH presidency member, and was told that anyone running for the presidency has to fill in a form in which there is a line asking for the applicant’s ethnicity. The central election body in BiH confirmed that prospective candidates for both the presidency and the House of Peoples were required to fill out a form which asked the same question.

BiH will not be able to join the European Union unless it amends its constitution in line with the European court ruling.

Although negotiations have been taking place among Bosnia’s ruling parties in an effort to resolve this problem, no substantive progress has been made. In essence, each party is prepared to see the constitution amended – but only as long as this is not to the detriment of its stake in the ethnic division of posts.

Mladen Sain, professor of international law at the University of Sarajevo, argues that rewriting the constitution is not the point – the implication is that the political structure of the presidency, in particular, would have to be deconstructed.

“Lack of will among politicians is not the only problem”, he said.

“What would happen if, in Bosnia’s case, one member of the tripartite presidency was from the ‘others’ category, another from the category of Bosniaks, and one a Serbs? We'd still have one nation being discriminated against – in this instance the Croats.”

Sain concluded that “the whole system on which the current constitution is based – designed to protect the interests of the three constituent peoples – needs to be abandoned, because it will always discriminate against one side or another. If we do decide to get rid of this system, then the entire presidency and its role will have to be reformed, too.”

According to Sain, the ECHR decision offered few pointers to how the changes it implied should be made.

“The court only stated what needed to be done, without explaning how the decision should be implemented,” he said.

The constitutional principle that contrasts the majority groups with the rest also has effects outside the political system. Once again, ethnic affiliation can count for a lot, for example when someone applies for a job.

IWPR has learned that job application forms for the Bosnian Central Bank, as a state institution, includes a question on ethnicity, with the usual four options – Bosniak, Croat, Serb and “others”. The bank is trying to maintain a balance among its employees that reflects the overall demography of BiH as it was reflected in the 1991 census, before the war broke out. After years of disagreement on how the population should be counted, the next census is to take place in April 2013.

“A friend of mine applied for a job for which he was qualified and met all the requirements. But none of that seemed as important as his ethnic affiliation. At the job interview, he was openly asked which ethnic group he belonged to – which is outrageous”, said Brutus.

Brutus is affected personally by these issues because while Bosniak by background, he does not feel part of that or any other ethnic group, so when asked, he places himself in the catch-all “others” category.

He is not the only one. Osvit Seferovic, chairs a group based in Mostar called the Civil Front of the Others.

“We are a civil front consisting of those who do not consider themselves members of any of the three constituent nations, even if their names and surnames indicate that they should be,” he said.

These “others-by-choice” Bosnians do have a preference – for the constitution and system to acknowledge only BiH citizenship as the sole form of formal national identity.

Seferovic said the separation of Bosnia’s people along ethnic lines was exactly what led the country into the war 20 years ago.

„This division is being used today for the purpose of gaining votes in the elections,” he said. “I believe the civil option [declaring oneself a BiH citizen] cannot be reconciled with the national one, which discriminates against all those who are different.”

Damir Basic, a journalist and student at the Faculty for Architecture in Sarajevo, is another self-declared “other”.

“If I see that I’m unable to get a job and exercise my rights as a citizen of this country solely because I don’t declare myself a Bosniak, Serb or a Croat, then I will move abroad”, he said.

Mirza Ajnadzic and Ajdin Kamber are IWPR-trained reporters in Sarajevo.

Political reform
Connect with us