Bosnian Serbs say claims being made by hundreds of Sarajevo residents are politically motivated.

Bosnian Serbs say claims being made by hundreds of Sarajevo residents are politically motivated. 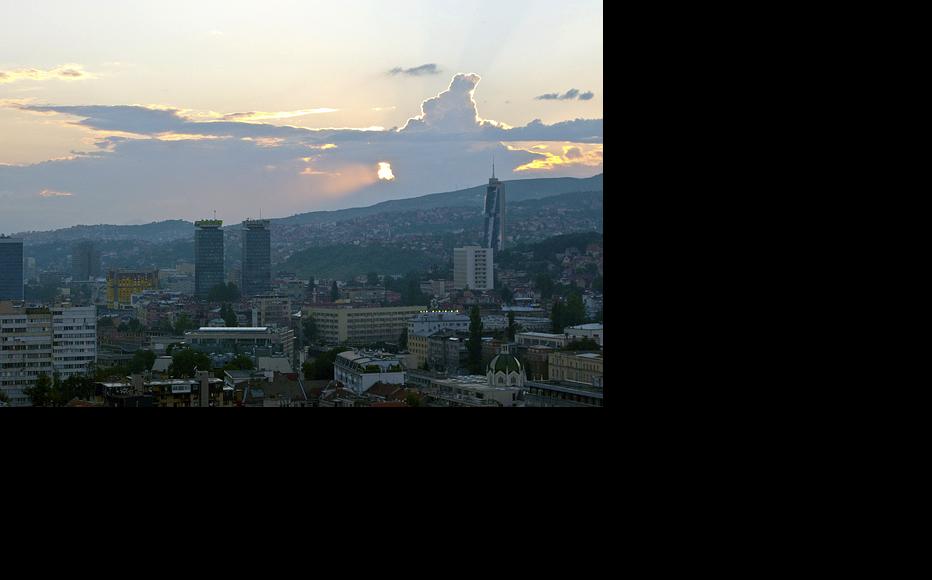 Sarajevo residents are demanding compensation from the Bosnian Serbs for their suffering during the war. (Photo: Jeremy Rover)
The link has been copied

Bosnian Serb leaders have described demands for hundreds of war reparation payments from Sarajevans as an “organised political act” against Republika Srpska, RS.

The RS authorities said last month that they received some 1,400 compensation requests from the Union of Civil Victims of War from the Sarajevo canton - amounting to around 470 million euro - for the suffering endured by residents of the capital during the 1992-95 siege.

The legal basis for the reparation claims stems from the Hague tribunal’s judgement in the case against the former commander of the Sarajevo-Romanija Corps of the RS Army, VRS, General Stanislav Galic.

In 2006, Galic was sentenced on appeal to life in prison for crimes committed against civilians in the besieged city. Nearly 12,000 Sarajevans were killed and many more wounded by Serb forces during the 44-month sniping and shelling campaign.

The RS government has until January 13 to respond to each of the 1,400 claims, or else it will be assumed that it does not oppose them. The municipal court in Sarajevo could then issue a ruling ordering RS to pay the requested amount to the victims.

RS politicians have responded angrily to the legal action.

Bosnian Serb president, Milorad Dodik, told the local media, “Lawsuits are usually filed by individuals, and here we suddenly have 1,400 people filing their cases simultaneously, which is a proof that this is an organised political act and an attack against RS.”

The RS legal representative Slobodan Radulj told journalists, “This has nothing to do with law and is aimed at weakening the RS economy.” He said the authorities were using “all available resources” to process the reparation demands by the deadline, but questioned their legal validity, claiming they were incomplete and lacked the necessary evidence.

The Union of Civilian Victims of War has dismissed RS politicians’ claims that the compensation claims are politically motivated.

“The judiciary has to provide satisfaction for victims, and we are victims in all this. We have no one’s support, but justice is on our side and that’s what’s important to us,” said the union’s president, Senida Karovic.

The union’s secretary, Muzafer Teskeredzic, believes reparation demands were being unnecessarily politicised, adding that “the only reason why the plaintiffs have initiated proceedings was because they were wounded in the war or because their immediate family members were killed”.

Newly-elected RS prime minister, Aleksandar Dzombic, said it’s unrealistic for the victims to expect to be paid in cash and that any compensation would come in the form of RS bonds.

“The legal framework for paying the compensation for the civilian victims of war is clear – we can give out bonds for the period of 14 years, with a certain grace period,” he said.

However, Teskeredzic said this was not an option, claiming that international law stipulates that the kind of damages the Sarajevo residents are seeking cannot be paid in bonds.

“It has to be paid out in cash. We are talking about compensation for lost limbs, for murdered family members. Bonds will not be accepted,” he said.

Teskerdzic added that the union would take its case to the European Court of Human Rights in Strasbourg, if necessary, and is preparing further compensations claims.

“This is not the final number. We are being contacted on a daily basis by union members who have acquired their status in accordance with the law. This means that only those who have a proof that they were wounded or lost a family member during the siege can demand reparation through our union,” Teskeredzic explained.

At the beginning of this month, Radulj, the RS legal representative, told the local media that his office had received an undisclosed number of reparation claims from residents of Tuzla, a town in Bosnia’s Federation, who demand compensation for the suffering inflicted on them during a VRS attack on Tuzla in 1995.

The legal basis for these lawsuits is the judgement of the Bosnian state court in the case against the former VRS general Novak Djukic. In September last year, Djukic was sentenced on appeal to 25 years in prison for ordering the shelling of Tuzla on May 25, 1995, which resulted in 71 deaths and injuries to 150.

Radulj said his office would demand that these actions be dismissed, because RS cannot be held responsible for an act of an individual.

While RS is struggling with a great number of reparation demands, Bosnian Serb war victims have yet to issue similar claims against the Federation.

According to the president of the Union of Associations of Civilian Victims of War in RS, Dusan Babic, there were about 3,700 civilian victims of the 1992-95 war in the Bosnian Serb entity, but he is not aware of any lawsuits filed against the Federation.

One of the problems is that there’s no law regulating the issue of reparations in Bosnia.

In June last year, the Bosnian ministry for human rights and refugees prepared a draft law on victims of torture and civilian victims of war, but it has yet to be passed.

Assistant Minister for Human Rights and Refugees Saliha Djuderija said there are still many issues that the two entities cannot agree about, “such as who should be paying reparations and who should protect rights of the victims - state or the entities”.

According to Djurderija, no real progress is expected for at least another year. In November last year, the United Nations Committee Against Torture urged Bosnia to pass the draft law on war victims.

According to Lejla Mamut Abaspahic, Human rights coordinator for the NGO Track Impunity Always, current state legislation on reparations for war victims is unsatisfactory because they have to prove that they are unable to work and have no other source of income in order to exercise their right to compensation.

“This is contrary to international standards, because a victim of war has to be compensated, regardless of whether they are employed or not, rich or poor,” she said.

Maja Bjelajac is an IWPR reporter in Banja Luka.

Balkans
Conflict resolution
Connect with us