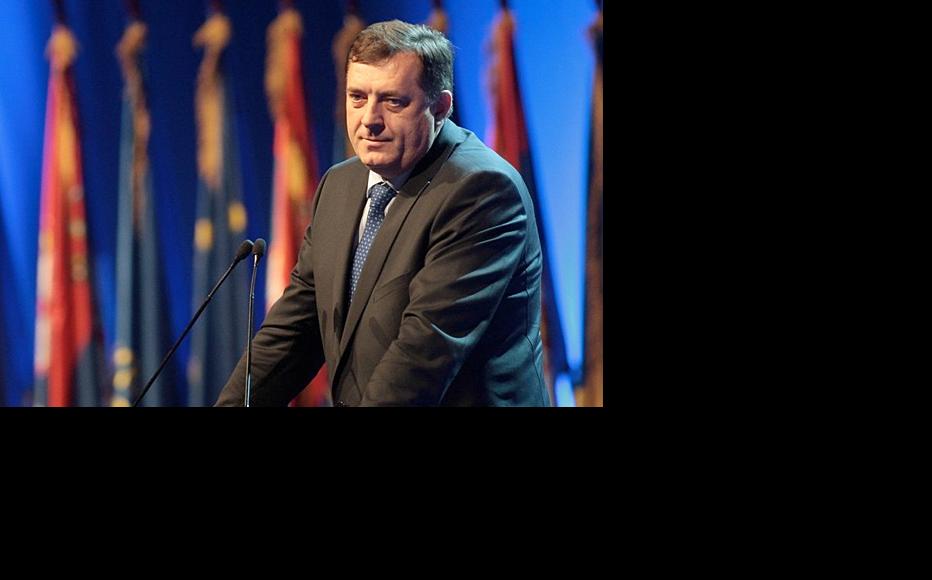 While the coronavirus crisis has caused many disruptions to daily life in Bosnia and Herzegovina (BiH), it has also had some surprisingly positive effects. It has - at least temporarily - put the country’s deep ethnic divisions on the backburner and forced politicians from all sides to form a united front to fight a common enemy.

As a result, for the first time in many years Bosnia has had a glimpse of what a functional state could look like.

It is hard to believe that only a month ago Bosnia was facing one of its worst political crises since the end of the bitter 1992-95 war. In February, Bosnian Serb hardliner and member of the state tri-partite residency, Milorad Dodik, not only threatened what he called “RS-exit” – the secession of Republika Srpska (RS), from the rest of Bosnia - but also effectively blocked all state institutions and brought the whole country to a halt.

The response from the Federation, the Bosniak-Croat entity of BiH to Dodik’s actions was one of outrage and many feared that Bosnia was on the verge of another armed conflict.

However, in just a few short weeks, this divisive rhetoric has miraculously disappeared, while Bosnian politicians, including Dodik, have showed a surprising level of unity in their efforts to fight coronavirus and prevent it from spreading uncontrollably through the country.

At the moment, there are nearly 250 confirmed cases of coronavirus in BiH alongside several deaths. Rigorous measures were implemented across the country soon after the first cases appeared, and central government declared a state of emergency in both entities.

Earlier this week, Dodik called on “all citizens and all politicians [in Bosnia] to unite around the same goal – saving people’s lives”.

This statement, befitting a true statesman, was very unusual for Dodik. In his long political career, he has mostly used divisive and inflammatory rhetoric, exploiting the slightest differences between Bosnian’s three main ethnic groups to drive them apart rather than bring them together. In recent years, he was a loud proponent of the secession of RS from the rest of Bosnia because of what he claimed were insurmountable differences.

Dodik is currently the Serb member of the Bosnian state presidency, alongside the Bosniak member Sefik Dzaferovic and the Croat Zeljko Komsic. Before joining the presidency, Dodik served two terms as both the prime minister and the president of RS.

Over the past 15 years, he has pursued an increasingly nationalist and separatist line, repeatedly threatening the secession of RS while promoting closer ties with Serbia and Russia.

In January 2017, the US imposed sanctions on Dodik due to his role in defying the BiH Constitutional Court and posing what it described as “a significant threat to the sovereignty and territorial integrity of Bosnia and Herzegovina".

When, in 2018, Dodik became a member of the state presidency, his efforts to undermine government institutions and weaken the Bosnian state continued with full force. Because of his refusal to sign the Membership Action Plan (MAP) – the document enabling Bosnia to remain on the path toward NATO membership - the Council of Ministers (which is the state government) could not be formed for more than a year. The reforms necessary for EU membership were also put on hold.

This was resolved in December last year after Dodik – pressured by the international community - signed an amended version of the MAP and the Council of Ministers was formed. But then a new crisis began, this time sparked by the Bosnian Constitutional Court’s ruling that unclaimed agricultural land was automatically the property of the central Bosnian state rather than RS, which contracted Bosnian Serb law.

Dodik and RS parliament gave a 60-day deadline for reform of the Constitutional Court and threatened secession from the rest of Bosnia if that did not happen. On February 17, the RS parliament called on Bosnian Serbs to not participate in state institutions, rendering them ineffective.

"Goodbye Bosnia, welcome RS-exit," Dodik said in his opening speech addressing the RS parliament. "We will see each other in 60 days."

Little did he know that just a few short weeks later not only his plan to block the state institutions would fail, but that he, of all people, would be the one promoting government unity and trust in the Bosnian state. This surprising turn of events came when coronavirus reached Bosnia at the beginning of March.

As the first confirmed cases of infection were reported, suddenly all talks about RS secession ceased and all threats and divisive rhetoric stopped. Bosnian politicians formed a united front in an effort to fight the invisible enemy.

At a March 14 press conference, Dodik said, “Everyone should take this situation seriously. This is the moment that requires maximum responsibility and solidarity [among people in Bosnia and Herzegovina].”

Dodik even partially lifted the blockade of the Council of Ministers, enabling the government to more efficiently handle the crisis.

“It would be irresponsible not to take part in decision-making [on state level] at this time”, Dodik said on March 16.

As the crisis continued and first coronavirus casualties were reported, Dodik’s efforts to secure medical supplies and support public officials fighting the virus increased. His public appearances and statements continued to be focused on a proper, joint response to the virus.

One such example was the statement issued by Dodik and other two members of the Bosnian presidency on March 25, in which they called on the “dear citizens of BiH” to “trust the institutions, to follow their orders and instructions and abide by the rules…. Let’s protect people’s lives. Let’s show responsibility, solidarity and unity.”

Bosnian analyst Slavko Kukic explained this change in Dodik’s rhetoric in an article on the news portal depo.ba, writing, “For the first time after the [war] Bosnian nationalists have faced a true enemy that threatens the very biological existence, not just of one nation or one ethnic group, but everyone, including themselves and their families”.

Other analysts warn that this new spirit of unity may be short-lived.

“The apparent dramatic change in Dodik’s attitude shows that he, actually, doesn’t have a firm position on any issue and adapts it to any given situation. It is clear to him that, at the time of a great crisis, one should not make it worse, but try to alleviate it because every success at such time is always attributed to those in power,” Ahmed Buric told IWPR.

Dodik’s trademark over the past two decades had been to actively create crises, the analyst continued, arguing that this cooperation with representatives of the other two ethnic groups and calls for unity was only temporary.

“In politics, there is nothing worse than accepting the fact that you’ll never agree with your opponents on anything,” Buric said. “This is exactly the relationship between Dodik and RS politicians on the one hand, and Bosniak [and some Croat] leaders on the other.

“In order for the RS relationship with the Bosnian state to change, current officials on all sides would have to be replaced as well,” he continued. “Otherwise, everything will remain the same, regardless of the outcome of the pandemic.”

Merdijana Sadovic is IWPR’s regional director for the Western Balkans.

Coronavirus Pandemic
Bosnia and Herzegovina
Coronavirus
Connect with us