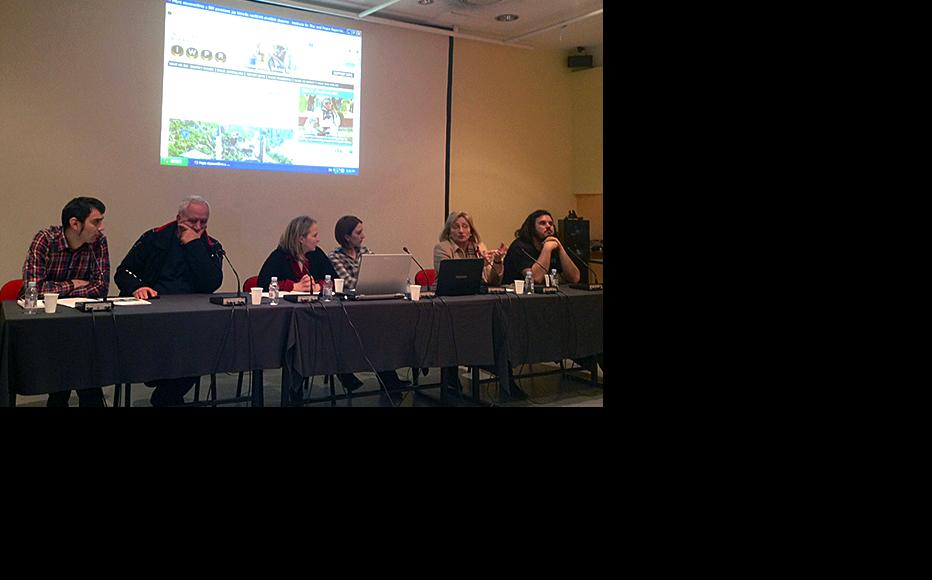 Panelists at an IWPR round table on the Bosnian census, held on December 20 in Sarajevo. (Photo: IWPR)
The link has been copied

The final results of Bosnia’s 2013 census will be devalued by the overt politicisation of the process as well as numerous irregularities in way it was conducted, according to participants in an IWPR roundtable in Sarajevo last month.

The December 20 roundtable was held shortly after IWPR published a special report called  Bosnian Census Risks Deepening Ethnic Rifts on the first census to be held in Bosnia and Herzegovina (BiH) since 1991.

The census took place in BiH’s two entities, the Federation and Republika Srpska (RS). The population of the Federation is mainly but not exclusively Bosniak and Croat, while RS is predominantly Serb, but again not wholly so.

As well as detailing where individuals lived, the census form also invited them to say which ethnic group they identified with and quizzed them on the closely-related questions of mother tongue and religion.

Data from the census will start being released in July this year.

The panelists in IWRR’s round-table discussion pointed to the emphasis placed on ethnicity and religion in the census, instead of people's economic welbeing and educational level

Azra Hadziahmetovic, a University of Sarajevo economics professor and a member of the House of Representatives, the lower house of the Parliamentary Assembly of BiH, said it was only to be expected “that the census would become a political issue, given all that had happened in Bosnia and Herzegovina in the recent past”.

She noted that while all current and potential members of the European Union have to use the same basic standards and methodology when holding a census, “Bosnia’s politicians made a mistake by adding questions about ethnicity, which were not obligatory at all”.

“I think that adding an ethnic component to the census was regrettable,” she continued. “In my view, it would have been much more important to use the census as an opportunity to get a social picture of our entire population, or to better understand the numerous migrations that took place in this country over the last two decades.”

Hadziahmetovic said that, ahead of the census, civil society groups focused on “advancing or opposing the ethnic component of the census, instead of calling for a more comprehensive demographic approach”.

Vehid Sehic, who heads the Forum of Citizens in Tuzla, said it had been clear from the outset that the census was being used as a tool to deepen ethnic divides.

“Take the example of one Bosniak civil society activist who said that the census shows that 53 per cent of the population are Bosniaks, and that this fact will change the situation on the ground significantly,” he continued. “What did he mean by that? That Bosnia will become a Bosniak state? That the others will be stripped off of their constitutional rights? This is a very dangerous statement and it is anti-constitutional.”

Sehic pointed out that he did not consider himself to be a member of any of the “holy trinity” of ethnicities – Bosniak, Croat and Serb. That, he said, “is a very awkward position to be in”.

“As someone who refuses to declare his ethnicity, I don’t have equal rights with those who do,” he said. “And I will not have these rights as long as the constitution prevents me from having them, from having full rights as an individual, as a citizen of this country.”

The constitution explicitly restricts membership of the three-person presidency and the 15-seat House of Peoples, a senate-style upper chamber, to these three ethnic groups. In 2009, the European Court of Human Rights ruled that these exclusive provisions were discriminatory, although politicians have yet to agree on a way to act on that decision.

Dalio Sijah, an activist with Popis Monitor, a body set up by local NGOs to observe the census, went on to note numerous problems reported during the census. Some of these were technical, but most were related to various attempts to manipulate the numbers of different ethnic groups.

Popis Monitor received over 1,000 calls during the census, as well as 250 reports of irregularities submitted via its website. Over 100 of these alleged that census-takers prompted respondents on how to identify themselves.

Panelist Darko Brkan, from the Zasto ne? (Why Not?) association, said that Bosnian institutions were slow to react to cases of blatant violation of the census law – if they reacted at all.

“Papers containing census data collected from individuals were left unsecured and unattended for as much as 20 days,” he said. “And then, despite this, Eurostat [the statistical office of the European Union] representatives came to Bosnia and said that a great job had been done here.”
Another cause for concern was the fact that the process was decentralised, he added.

“It was the municipalities that chose and trained the census-takers, and of course this opened up great scope for manipulation,” Brkan explained.

The panel concluded that the combination of these factors meant that the end product would be of little practical benefit to Bosnian society.

Hadziahmetovic warned that because of the many irregularities and controversies surrounding the whole process, “the results of this census will be almost unusable, and will be of no relevance for shaping economic or social policy in this country.

“The only thing we can do is learn from the mistakes that we have made this time, and maybe do a better job next time we hold a census.”

Balkans, Bosnia and Herzegovina
Rule of Law
Connect with us