Despite his detention at the ICC, indictee’s hold over western DRC remains strong.

Despite his detention at the ICC, indictee’s hold over western DRC remains strong. 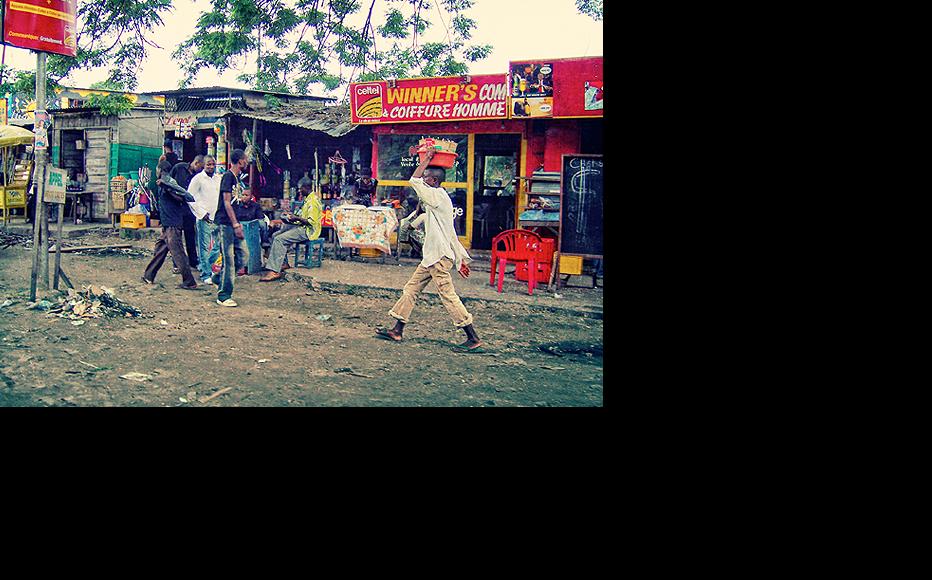 Bemba retains strong support in the Kinshasa area. (Photo: Irene2005/Flickr)
The link has been copied

With the war crimes trial of Jean-Pierre Bemba due to start in the Hague next week, it seems unlikely that he will run in the 2011 elections in the Democratic Republic of Congo, DRC - but the former vice-president continues to exert a large amount of political influence in the country.

Bemba, who remains the leader of the Movement for the Liberation of Congo, MLC, was arrested by Belgium authorities in 2008 and transferred to the International Criminal Court, ICC. He faces two counts of war crimes and three counts of crimes against humanity relating to atrocities he allegedly committed in the Central African Republic, CAR.

In the 2006 election, Bemba won a significant 42 per cent of the total votes cast, while incumbent president Joseph Kabila secured 58 per cent, according to the country’s independent electoral commission. The outcome of the ballot was broadly accepted by international observers.

Most of Bemba’s support comes from the west of the country, including the area around the capital Kinshasa, where many of his supporters remain critical of Bemba’s detention, viewing it largely as an attempt by Kabila to get rid of a formidable adversary.

Interactive Map: DRC Presidential Election, First Round 2006 - Click on the 11 provinces to get a more detailed breakdown of the results. The red provinces indicate a Bemba majority; the blue a Kabila majority; and the green a Gizenga stronghold. (Map: Anjana Sundaram)

“Many people in the west [of DRC] feel that he was unfairly imprisoned,” Jason Stearns, an expert on the DRC conflict and creator of the popular blog Congo Siasa, said. “Congo is full of warlords and criminals… [people think that] the fact that one would exclusively pursue Bemba is unfair and biased against Bemba.”

It is not difficult to find people in the west of the country who are outraged by Bemba’s arrest and detention.

“Bemba should be freed before the election so that he can come and end the suffering of the Congolese,” Kalala Jean-Marie, who lives in Limete, an area of Kinshasa, said. “All the Congolese are counting on him, after being so disappointed by Kabila, and so he must be returned home. Bemba is innocent and [ICC prosecutor] Luis Moreno-Ocampo has not gathered sufficient evidence to prove his involvement in war crimes.”

Emmanuel Malonga, also from Kinshasa, says that Bemba’s continued detention at the ICC is unjust.

“The Congolese authorities have used the ICC to get rid of Bemba ahead of the 2011 elections,” he said. “But the MLC has a great vision for this country, and any candidate that stands against Kabila will be voted in.”

One of the problems for the MLC at the moment is that there is no strong alternative to Bemba, who continues to command strong support in key areas.

As a wealthy businessman, Bemba is also thought to have sufficient funds to be a powerful challenger in the 2011 election, although many of his personal assets have now been frozen. This is so that, in the event that the ICC hands down a guilty verdict, compensation can be paid to his victims.

“It is very difficult for us to go forward if Bemba doesn’t come back to Kinshasa and lead our party,” Germain Kabinga, an MLC spokesman, said. “We are sure that, with Bemba in Kinshasa, we can win the election in 2011. Without him, winning the election will be very difficult.”

Like many in the MLC, Kabinga claims that the influence Bemba continues to wield makes him a political target for Kabila’s ruling party.

“We think that some people are working in the shadows to make certain that Bemba is out of Kinshasa when the elections are held in 2011,” he said. “This is why we say that this is a political trial.”

But Felix Tambwe, a member of the People's Party for Reconstruction and Development in Lubumbashi, which is allied with Kabila, told IWPR, "We have no interest in meddling in this case because the crimes have been committed outside of the DRC. What power do we have to influence the ICC? With Bemba as candidate, we are not afraid to go to the election because our candidate [Kabila] won in 2006. We just want justice to be done without bias. Only the ICC has the power or mandate [over whether to convict him or not]. This is nothing to do with the Congolese government.”

Georgette Seya, a member of the Alliance of the Presidential Majority, a political grouping formed by allies of Kabila, added, “No one is above the law and Bemba must answer for his actions. If he is innocent, he will be released, but the important thing is to make sure the law is applied in full, to deter other criminals to come.”

It is conceivable that Bemba could run in the DRC elections - which according to the constitution need to be held by next September at the latest - even though he is being detained by the ICC, since he has not been formally convicted.

There is a precedent for detainees being permitted to contest general elections. In 2007, the International Tribunal for Yugoslavia, ICTY, granted Ramush Haradinaj, a former Kosovo Liberation Army commander, permission to stand in the country’s elections whilst still on trial.

It looks unlikely, however, that the same scenario would happen in Bemba’s case.

Guillame Lacaille, an analyst at the International Crisis Group, says that the MLC’s top leaders were already in agreement as early as November last year that if Bemba was not out of jail and able to campaign before the start of the electoral campaign, then another candidate would be chosen.

But Kabinga says that no decision has yet been reached.

“Certainly, one of the hypothesis is that [Bemba could still run], and we are working on this hypothesis,” he said. “But we want to see whether, at the time of the election, Bemba is still being held by the ICC. Then we will decide what to do.”

The question remains: if not Bemba, then who will lead the MLC into the next election?

Kabinga dismisses the question of a replacement for Bemba with a laugh, saying that he still holds out hope that the wealthy businessman can lead the party to triumph.

“The truth is that the only one who can represent our party in this election is Bemba,” he said. “If the time comes and Bemba isn’t available, then I’m sure that Bemba himself will tell us what to do. And it will certainly be in the right way to help our people to be free, to have a real leadership that can take us and our country forwards.”

The question of who Bemba will endorse in his absence remains a crucial one, given his strength in the country. But some question his apparent popularity.

“It’s not clear whether his popularity in the west [of the country] is due to the mobilisation of the party or the cult of personality… and the fact that he’s from the west,” Stearns said.

In the build-up to the elections in 2006, Bemba did not poll very strongly. It was only nearer to the elections that his support really started to grow, largely because rival Étienne Tshiksekedi fell out of favour with the electorate, according to Stearns.

In fact, the western Congo region may be more united in its hatred for Kabila than its allegiance to Bemba.

Filip Reyjentns, law professor at the University of Antwerp, said that the support Bemba has built up in the west was stemmed from trying to “beat Kabila by voting for someone else”.

Over the last four years, both Bemba and Kabila have faced weakening support from people in their respective strongholds in the west and east.

Bemba’s rebel group was based in Equateur, a western province. Now that he no longer has a military presence there, some think that he may not be able to count on the same level of backing from the region.

Meanwhile, Kabila’s presidency is under fire for not delivering on its four-year reconstruction programme, aimed at improving unemployment, infrastructure and education.

“He knows now that he has no popular base, except maybe in Katanga, as a tribal reflex,” said Lacaille, referring to Kabila’s home state. “His strategy is therefore to make sure that no serious candidate challenges him in 2011.”

Both Bemba and Kabila’s parties need to build key cross-regional alliances with strong local parties to stand a chance to gain an electoral majority.

In the east, Bemba never had much popularity and his troops are suspected of committing atrocities in the north-east. In the west, there is vitriolic hatred for Kabila.

Bemba’s defence lawyer Aime Akilolo Musamba says that he has “never heard about Bemba endorsing another candidate”. However, there are rumours of a possible alliance with Vital Kamerhe, speaker of the national assembly, who has a strong following in the east.

“The alliance with Kamerhe could be a winning ticket,” Lacaille said. “That will be huge and it is a likely scenario.”

An alliance with the MLC would give Kamerhe a party from which he could launch a bid for the presidency. But more importantly, it would give him the support that he needs in the west.

“If Kamerhe tries to build up an alliance with Bemba, it is with Bemba not with the MLC,” Lacaille said. “The structure of the MLC may be… useful, but what will be more useful for Kamerhe is the benefit from the popularity of Bemba in the west.”

Other smaller contenders include Tshiksekedi and Kengo wa Dondo, a former prime minister under Mobutu.

Tshiksekedi is an elderly, veteran politician who formed the first strong opposition movement to former president Mobutu Sese Seko. While he has the backing of a local party structure, most of his support is in the centre of the country, in the Kasai provinces and in Kinshasa.

Stearns says Tshiksekedi could extend his influence to urban centres outside Lubumbashi and Katanga, where intellectuals support his political stance.

But beyond that, in the rural areas, he could be weakened trying to build alliances with local political leader driven by ethnic rivalry. It’s uncertain how much support he would have outside of Kinshasa.

Although he is generally lauded as a politician with principles, Tshiksekedi – who boycotted the last election which he decried as skewed and biased - will find it hard to counter his image as a withdrawn recluse, whose stubbornness and old age are working against him.

On the other hand, Dondo is the current president of the senate and is well-recognised, although his domestic popularity is weak and he may also be criticised for being too old. However, because he is respected and experienced, he may have the backing of Angola, who favour an economic alliance with DRC, which would allow him to build a larger campaign.

In any case, the elections come at a time of deep disillusionment with the political leadership.

In 2006, there was a high turn out for the first free elections, with hopes raised of a new leadership, new country and a new constitution. The enthusiasm slowly died as stagnation settled in and much remained the same year after year.

This report was produced by Anjana Sundaram and Blake Evans-Pritchard in The Hague, Heritier Maila in Lubumbashi and François Kadima in Kinshasa.

Democratic Republic of Congo
War crimes
Connect with us